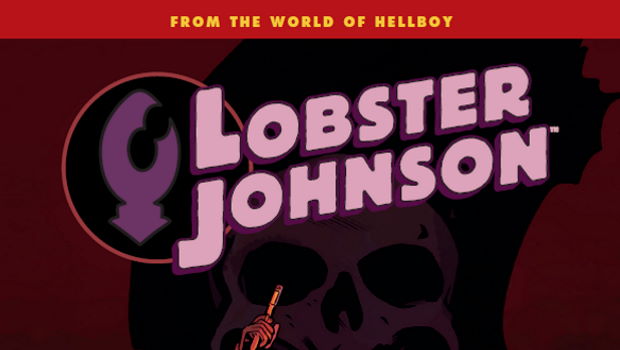 Summary: The 1920's and 1930's are brought back to life through Lobster Johnson and his adventures. A fantastic Pulp style really brings these stories to life.

Lobster Johnson, long a hero to Hellboy, has remained somewhat an enigma… is he real or just a story? Lobster Johnson Omnibus Volume 1 HC presents a collection of Lobster Johnson stories to enjoy while you consider whether he is real or simply a comic within a comic. It’s easy to see how Hellboy got so caught up in the stories when there is so much action and adventure to be had, it’s also easy to see how Lobster Johson has influenced Hellboy’s sense of doing what is right and looking after those who need help. 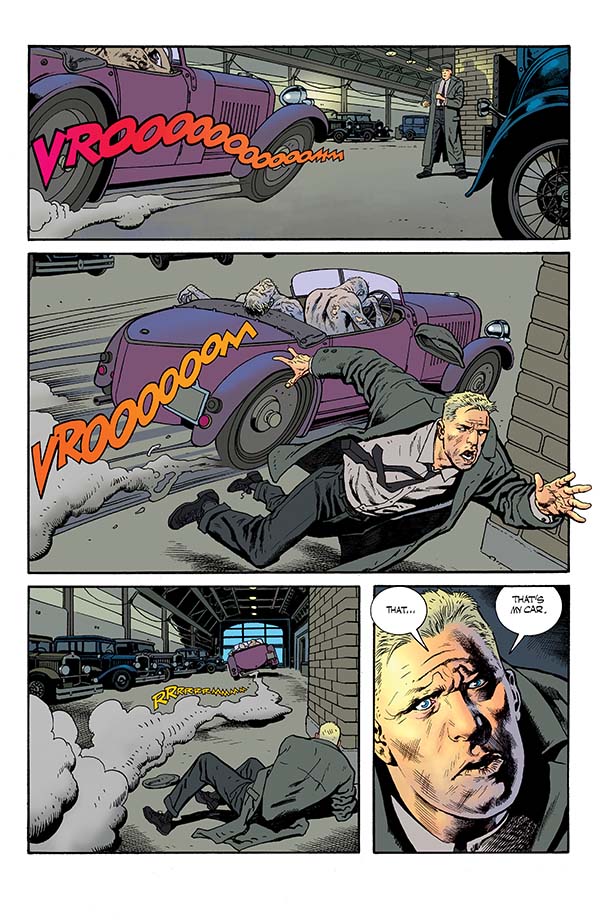 My exposure to authentic 1920’s and 1930’s pulp novels is obviously somewhat limited given our current time frame, but I have read a few stories of The Shadow and I grew up with science fiction comics that clearly had influence from the original pulps. From that limited exposure, I get the feeling this Lobster Johnson collection is pretty darn authentic to the classic style. There’s certainly an element of “guys and dames” but with a bit of a modern tweak (the reporter, Cindy, is quite a strong character rather than a stereotypical damsel in distress). I did get a pretty strong Shadow vibe from elements in the stories and as far as I’m concerned that’s a good thing, the hero out fighting the bad guys but with a secretive support network helping where they can. 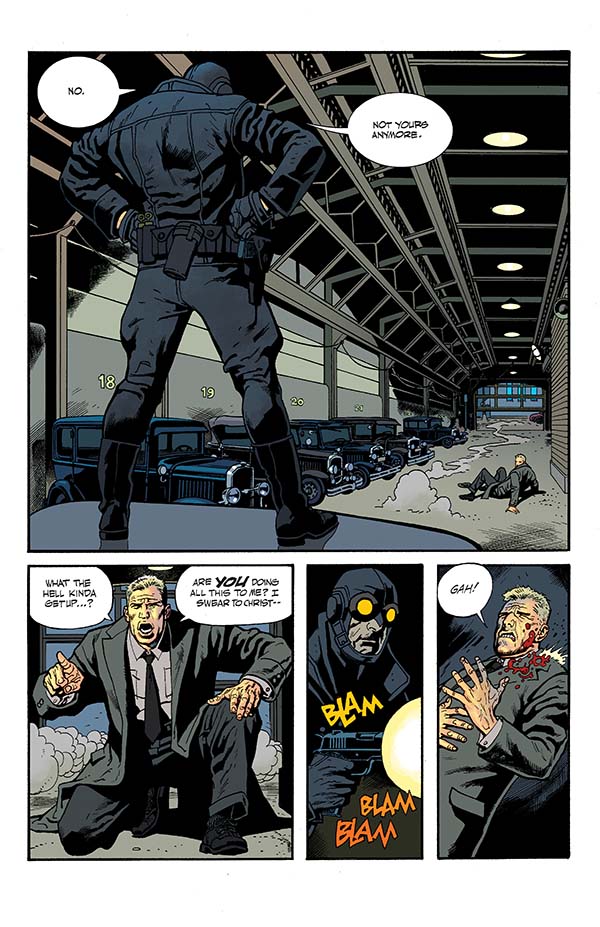 Complimenting the pulp writing style, there are some great “classic” looking characters here. From the chiselled faces of the men to the shading techniques used… there’s a visible authenticity that works brilliantly. It’s mind boggling to think of how much extra work must go into bringing the visuals of these stories to life… it’s not just the characters but it’s the clothing styles, the vehicle and building shapes… it all has to look right for the time period and everyone has done a fantastic job here! I do feel the need to give a special call out to Kevin Nowlan… not so much for their work in the main story pages, but for one of their pieces in the sketchbook section in the back. There’s a page that contains a layout that Kevin did for his own story and it features Lobster Johnson waste deep in water in what appears to be an underground sewage/drainage system. It is personal taste… but there’s something about that image that is just really striking and pleasing, I think it might be the tightness of it all… the clean clear line work and the lovely blue tones… it just really looks stunning! 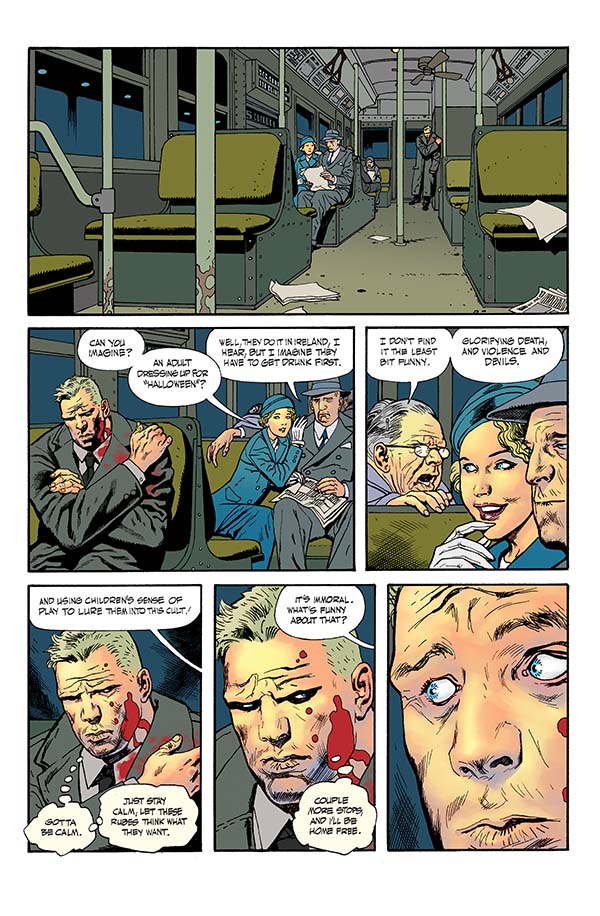 If you’ve only come across Lobster Johnson in passing before, this is a great way to dive into what he’s all about. Find out more about the hero that Hellboy reveres and arguably somewhat models himself on. A great collection of stories with a lovely sketchbook section. Well worth grabbing a copy!