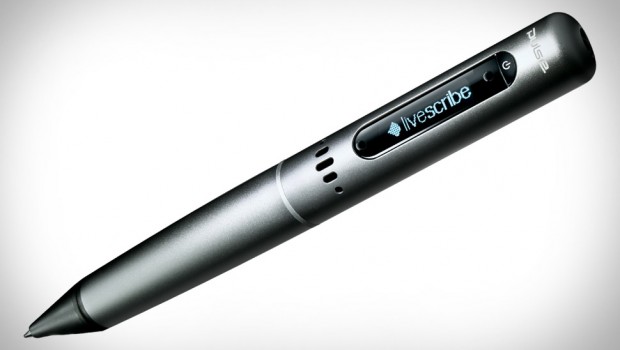 Sydney, Australia – November 7, 2014 – Leading smartpen manufacturer Livescribe (http://www.livescribe.com/au/) today announced the release of Echo Desktop, an update to their Livescribe Desktop software for managing notes and pencasts created with the award-winning Echo smartpen. In addition, through a new partnership with Anoto and its Live PDF service (www.livepdf.net), Echo and wifi smartpen customers with Microsoft Windows can now print any document and capture handwriting with their smartpen.

“Since launching the Livescribe 3 smartpen, we’ve continued to see growth across all our products,” said Gilles Bouchard, CEO of Livescribe. “The release of Echo Desktop and our support for Live PDF reaffirms our commitment to the different models of smartpens we sell, including the Echo and wifi smartpens. These announcements are a key part of our continuing efforts to help our customers make their notes more useful by expanding how they can use their smartpens.”

Echo Desktop is designed to modernise and streamline how customers store and organise their smartpen notes. The software update introduces a new way to share notes and pencasts, moving away from a file format with inconsistent behavior across devices and sharing methods that rely on custom links to external services. Instead, Echo Desktop will use a more accessible PDF format and native Windows and Mac sharing methods.

Instead of relying on Adobe Flash-based technology, Echo Desktop gives customers the ability to share pencasts with the same Livescribe PDF file format created by Livescribe+ on iOS devices. By transitioning to a standards-based PDF for exporting pencasts, customers will have more flexibility to share their notes and play back interactive audio-pencasts on a wider range of Macs, PCs and mobile devices. Customers will be able to export standard PDFs of their notebook pages and stand-alone audio files of their recordings as well.

“The changes we’ve made in Echo Desktop will provide a better experience for our customers by using a broadly adopted PDF format, and allow us to deliver a more consistent experience across our Echo and Livescribe 3 smartpens with standardised, stable technology,” said Brett Halle, SVP of Engineering at Livescribe. “Livescribe PDF files are easier to share, and take advantage of standard formats like .m4a audio and InkML handwriting information.”

With Livescribe PDF files, people can save their pencasts on any online service, email them to a range of devices and open them in Echo Desktop or the Livescribe+ iOS app. In addition, if someone does not have Livescribe software installed, they can open a Livescribe PDF file and play back the linked written and audio notes using the web-based Livescribe Player at www.livescribe.com/player.

Echo Desktop is an optional upgrade for Echo smartpen customers, with support for Windows 7 or above, and Mac OS X 10.8.5 (Mountain Lion) or newer. Customers on older operating systems can continue to use their current version of Livescribe Desktop, however support for Livescribe Desktop will be phased out and as previously announced, the Echo Community will be discontinued at the end of 2014.

Livescribe’s announcement of support for Live PDF opens up an entirely new way for customers to use their smartpens. With the Live PDF service, Echo or wifi smartpen customers can print documents from any Windows application using a color laser printer. Any notes, comments or other annotations made on the printouts will be synced into the master document when the smartpen is plugged into a computer.

Live PDF makes any document more useful by allowing customers to add their own handwritten notes, annotations or sketches to printed documents – and automatically save that information digitally on their computer or anywhere else they store PDF files. The documents can be sent via email or shared using services such as Evernote, OneNote or Dropbox.

However, the full power of Live PDF is found in the collaboration features.  Multiple people working on a single document can add their comments and markups to the document and Live PDF will collect everyone’s edits in a single document and automatically distribute the updates into each person’s inbox. Someone could mark up PowerPoint slides, share a signed contract without a scanner, or review a presentation and easily capture notes and edits.

The collaboration features have broad applications across personal, business or education uses. Users can easily capture digital signatures from paper documents without scanning.  Contractors can capture client changes and secure sign-off from their customer. Home care workers can keep track of their patient notes. Anyone can print their own day planners, soccer schedules, or any other document they want to share and enhance.

The Live PDF Personal plan is now available for and allows customers to print up to 50 documents per month. More details are available at www.livescribe.com/livepdf.