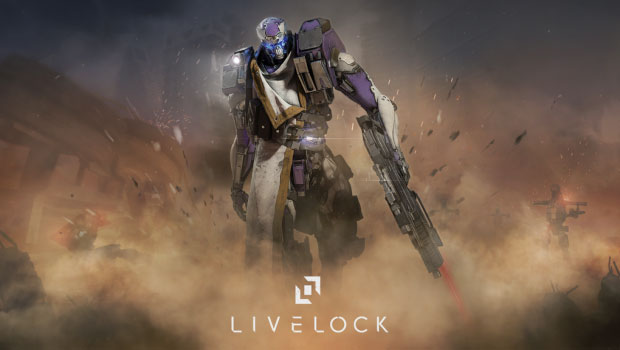 Summary: Livelock provides some enjoyable fun on the PC that although is not a challenge, still evokes a good gaming experience.

Fans of twin stick shooters have been spoiled for choice this year. Spanning from Alienation to Android Assault Cactus, Tuque Games have now entered the ring with their new top-down shooter in the form of Livelock. Set amidst a post-apocalyptic world, Livelock revolves around the story of the last three Capital Intellects, a robotic chassis with a human consciousness uploaded to it. They are tasked with the revival humanity, after the cataclysm wiped out all organic life on Earth. This can only be achieved via a solution known only as the Eden Project but upon returning to the world, they face mass resistance from the corrupted Abaddon cluster. It’s an interesting premise, but in the face of its competition, does it hold up well? Yes, but it’s not without its faults. 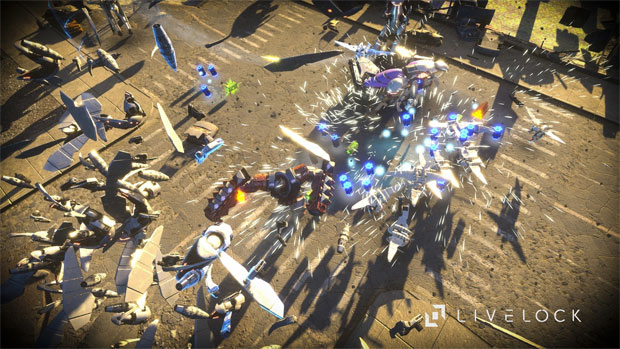 Livelock primarily consists of two main modes of gameplay, the campaign mode and open protocol mode. In the campaign, we delve deeper into the story of the last Capital Intellects whilst Open Protocol mode is the game’s survival mode, pitting you against the ever increasingly difficult horde of Abaddon clusters. The campaign contains three main difficulty settings and allows for up to 3 players to join in online co-op, allowing for public matches with any online players, privates matches with your friends or offline for those looking to do the campaign solo. Disappointingly, Livelock lacks any option for local co-op play, which is a shame as it feels like a game which would actively benefit from it. 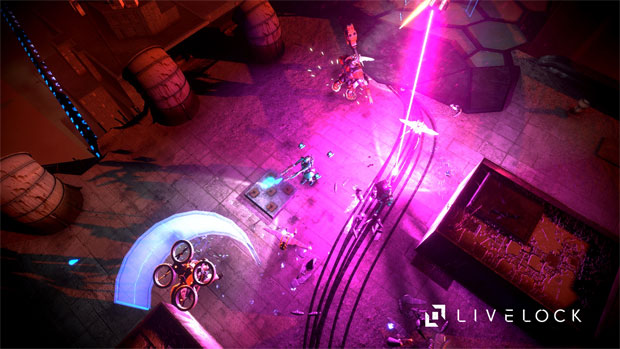 Your campaign missions revolve around neutralising the threats posed by the Abaddon, which can vary from simply locating items of use in the fight against them, protecting outposts to directly taking out their reprinting machines. Each enemy that you kill will release power cores, each of which will increase your score multiplier alongside pulling off combos against cluster forces. You play as one of the three robotic chassis, Rex, Vanguard or Catalyst, each of which has an individual personality with a matching weapons arsenal to boot. Vanguard is best equipped for melee fighting, Catalyst works well as a support, and Hex is your standard assault class soldier.

Each chassis feature a levelling system, unlocking more and more features such as support items and greater range in weaponry until reaching the cap at level 30. Each weapon can also be upgraded, using batteries obtained across level and players can customise the chassis design through unlockable firmware items. There’s a great amount of depth to the game here, with each chassis feeling unique in their style of gameplay and allows the players some much needed variety. 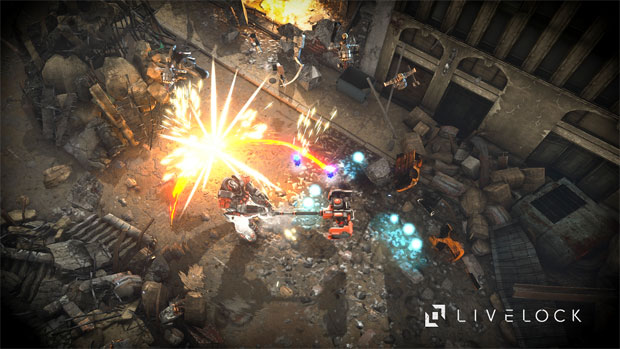 The gameplay proves itself to be a fun experience and Tuque Games have created a satisfying shooter with Livelock, one which proves to be an engaging experience, avoids feeling repetitive with the variation between missions and gives the players a lot of freedom in their customisation. Unfortunately, one of the biggest issues with the game is that it lacks any real challenge. When it comes to completing missions, powered up variants aside, the majority of the cluster forces are very simple to kill, even on harder difficulties. All you need to do when confronting them is stand, shoot and occasionally dodge, with your health regenerating from damage taken after a few seconds. Even when you get taken down, you  have unlimited lives so you respawn almost immediately and start all over again, the only trade-off being the score multiplier you’ve accumulated disappearing.

But on the other hand, this also plays into the immense replay value that the game boasts. Whilst it’s simple enough to just storm through a level, your total score will end up being pretty poor, with the game offering score multipliers for avoiding death, choosing a harder difficulty and your speed in completing the mission. Combined with individual leaderboards for each mission, the points system creates incentive to revisit each mission and improve upon your strategy. 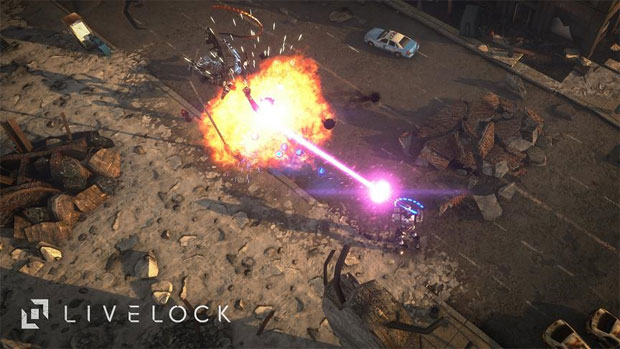 Graphically, the game holds up quite well. Whilst it doesn’t push the boundaries of your system, even in the highest settings for PC users, Tuque Games have given this a fair degree of polish  ad have done a good job of setting the atmosphere for this post-apocalyptic world. The environments are well detailed as well as semi-destructible (Often hiding secrets so it’s worth exploring), the levels never feel particularly empty and on the whole, the graphics fit the title well.

That being said, Livelock doesn’t do quite as well in the audio department, having some issues with its voice acting. There’s no arguing that the majority of characters come across fine on most occasions but the delivery of some of the lines can feel a bit out of place at times, particularly with the character SATCOM. On the positive side, the soundtrack for each level usually works quite well though and nicely compliments the game, helping to build on the atmosphere. 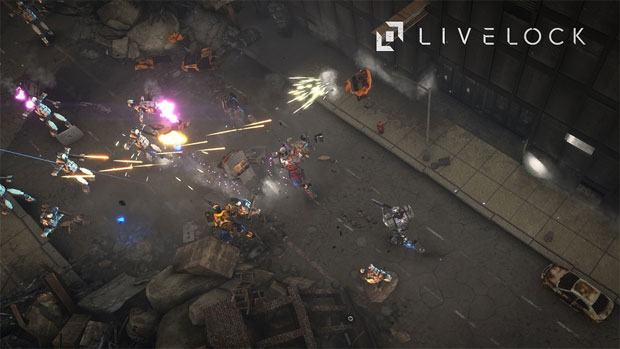 On the whole, Livelock provides good value for money at $19.99. If you’re after a more challenging shooter or one with local multiplayer options, you’d be better pressed to look elsewhere unfortunately but on the whole, Livelock is a game which will provide hours of entertainment and provides a very enjoyable online co-op experience and proves to be a satisfying investment.