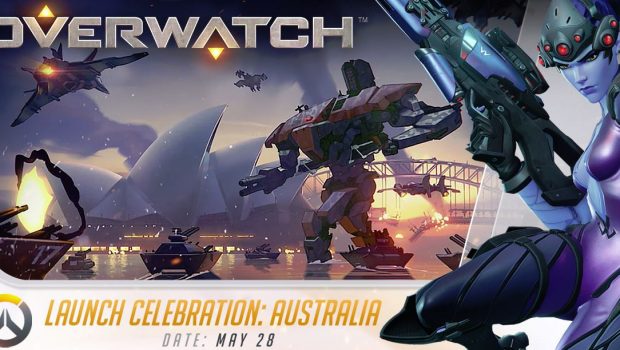 To mark the impending launch of Blizzard’s new team-based shooter, Overwatch, fans can watch the game’s roster of heroes come to life on the streets of Sydney. Visit 140 Foveaux St, Surry Hills to see Tracer, the loveable time jumper, and Lucio, the DJ medic, take their place on our growing hero wall. Who will appear next!? Find out as a new character will be unveiled and painted by hand every work day until 6 June when all 21 heroes will be standing side-by-side.

Overwatch launches on 24 May on the Xbox One, PS4 and Windows PC, and Blizzard Entertainment Australia will be celebrating! Blizzard are hosting an official launch event on 28 May at the brand new ESL studios in Sydney.

The’ll have cosplayers, an Overwatch developer Q&A with autograph signings and, for the first time in Australia, live shoutcasted Overwatch competitive matches!

To find out more about the event, visit their blog post here.