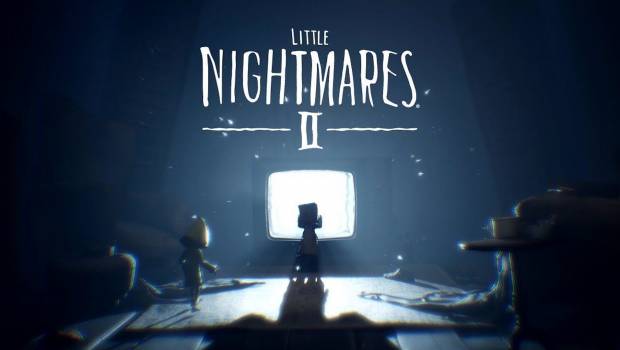 Little Nightmares II is the grim and disturbing sequel to the original hit game released in 2017 by developer Tarsier studios. As the sequel draws ever closer, we were given a chance to play a thirty-minute preview demo, specifically a chapter called “Hospital”. Little Nightmares II takes place after the events of the first game and follows Mono, a boy who dawns a stylish paper bag on his head alongside Six, the protagonist of the previous game as they venture through Pale City to reach the Black Tower controlled by the mysterious Thin Man.

The demo I played takes place at the very start of the Hospital level as a TV flashes static, and the kids awaken to find themselves in what seems like an abandoned hospital, so it’s up to you to transverse its empty, hallowed halls to find a way out. The first thing I noticed while playing through the demo is how eerie and isolating the game can feel. The halls of the hospital are empty and lifeless, the walls are coated in blood and other stains, items are littered about, with rotting corpses teeming with flies everywhere, maximizing its foreboding atmosphere. The game does an excellent job at making you feel uncomfortably alone at the beginning sections, especially as you’ll be separated from Six repeatedly throughout the level. However, as I continued further into the Hospital I realized I was far from alone.

My first encounter with an enemy came in the form of a severed mannequin hand that unrelentingly pursued me. I had to avoid being grabbed by evading and climbing platforms to escape it until I found a sledgehammer, which I enthusiastically used to smash the nefarious appendage to pieces.  Much like the previous installment, the beauty with Little Nightmares II is the way it guides players with subtle hints, like a camera pan aiming towards the direction you need to go, never revealing the full details, and still giving you that sense of accomplishment.

After my encounter with the severed hand, I had to proceed through multiple puzzle-like obstacles until I found myself in an eerie hall filed with full bodied mannequins. While walking through the halls, a mannequin shockingly sprung to life, admittedly scaring the hell out of me. The mannequin manically chases me, only stopping when hit with a ray of light from Mono’s flashlight.

After progressing through multiple of these bloodthirsty mannequins and encountering even more puzzles, I was finally reunited with Six as we head down through a now accessible elevator. After a final encounter with two severed mannequin hands, the demo ends with a foreboding pan to The Doctor, a new creepy boss that’ll appear in the full game. So far, Little Nightmares II promises to be even better than its predecessor. The new protagonist Mono, plays similar to Six. He’s able to climb, pick up objects, and run slightly faster. His flashlight is also obviously quite useful for many situations in the game. The demo build I played had no tutorials or the ability to save my progress, yet the experience didn’t feel too difficult.

However, I did encounter a frankly frustrating bug right at the end of the demo where Six, who’s meant to help rip off a boarded-up door instead stood still and did nothing. This forced me to restart the encounter multiple times and even restart the whole demo to complete it. Needless to say, this almost ruined the whole experience for me, and I genuinely hope it gets fixed in the full build. I also wish Six played a larger role in the demo as we were separated for most of the level until the end, which feels like such a waste of a good character. Overall, I enjoyed my little time spent with Little Nightmares II , and I look forward to seeing how else it’ll creep me out in the full game when it launches February 11, 2021 on all major platforms.