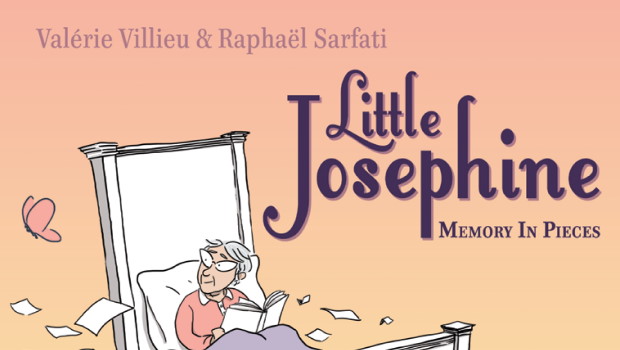 Summary: A connection that transcends age and leads to some charming moments.

Valerie is a visiting nurse and when she met Josephine a bond formed that went beyond simple medical care. Humour was their shared language and helped them form a beautiful friendship despite the claws of dementia taking Josephine further and further into the fog. 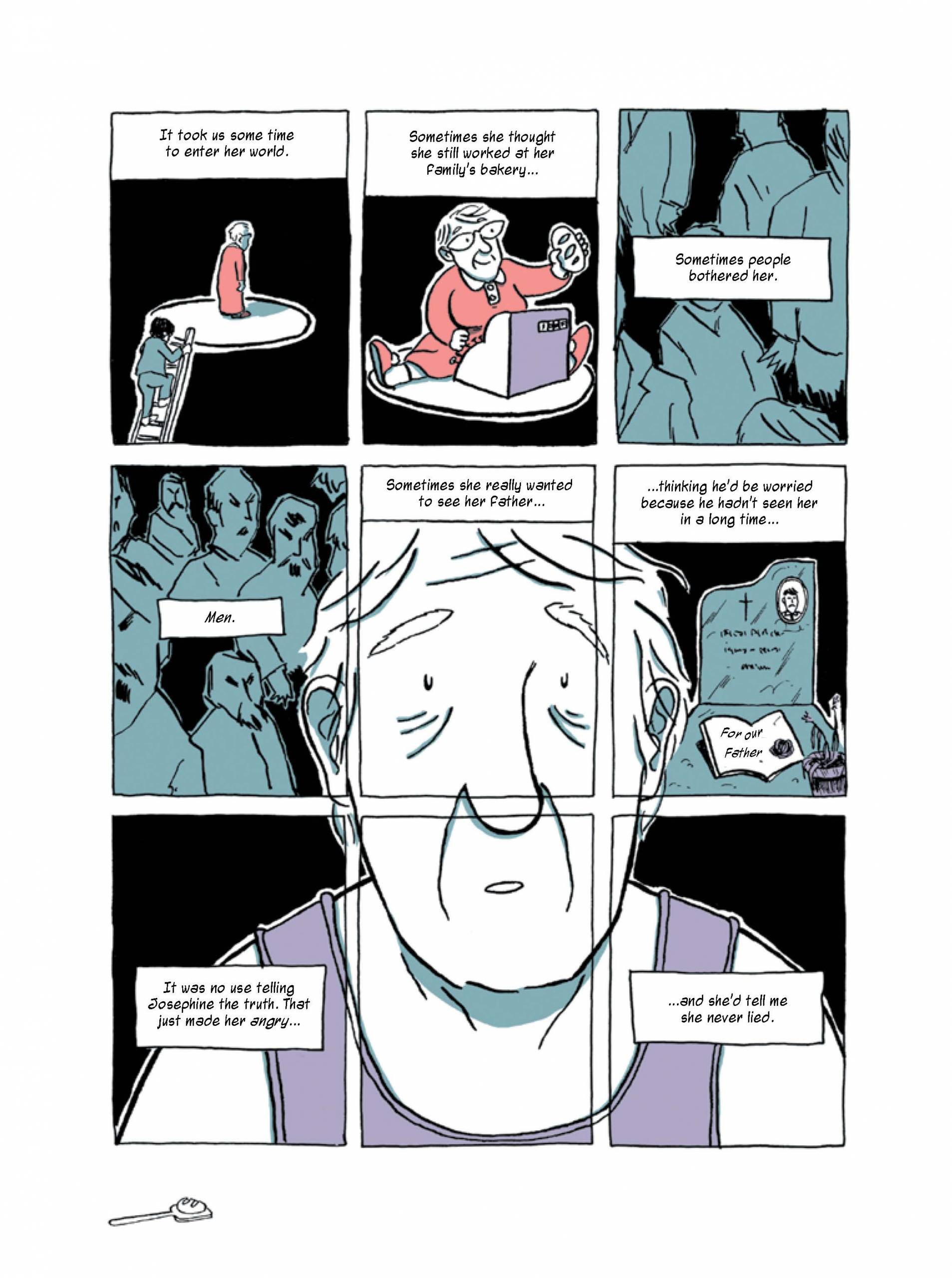 Speaking for the voiceless is such a powerful thing. Without being too morbid, I couldn’t help but think of my time as a funeral director when reading Valerie’s words. The idea of speaking for someone who has more or less lost the ability to speak (to the wider world at least) is something that can so easily strike straight to the heart. There’s a duty of care inherent in sharing someone else’s life, especially when said person isn’t in a position to actively share it themselves but when it is done well it can be a beautiful gift. Through Little Josephine: Memory in Pieces, Valerie has painted Josephine’s life in big bold paint and reminded us that just because she has disappeared from the larger world, she herself isn’t gone, she has value and charm and wonder and to hear her story, even in scattered pieces, is a wonderful experience. 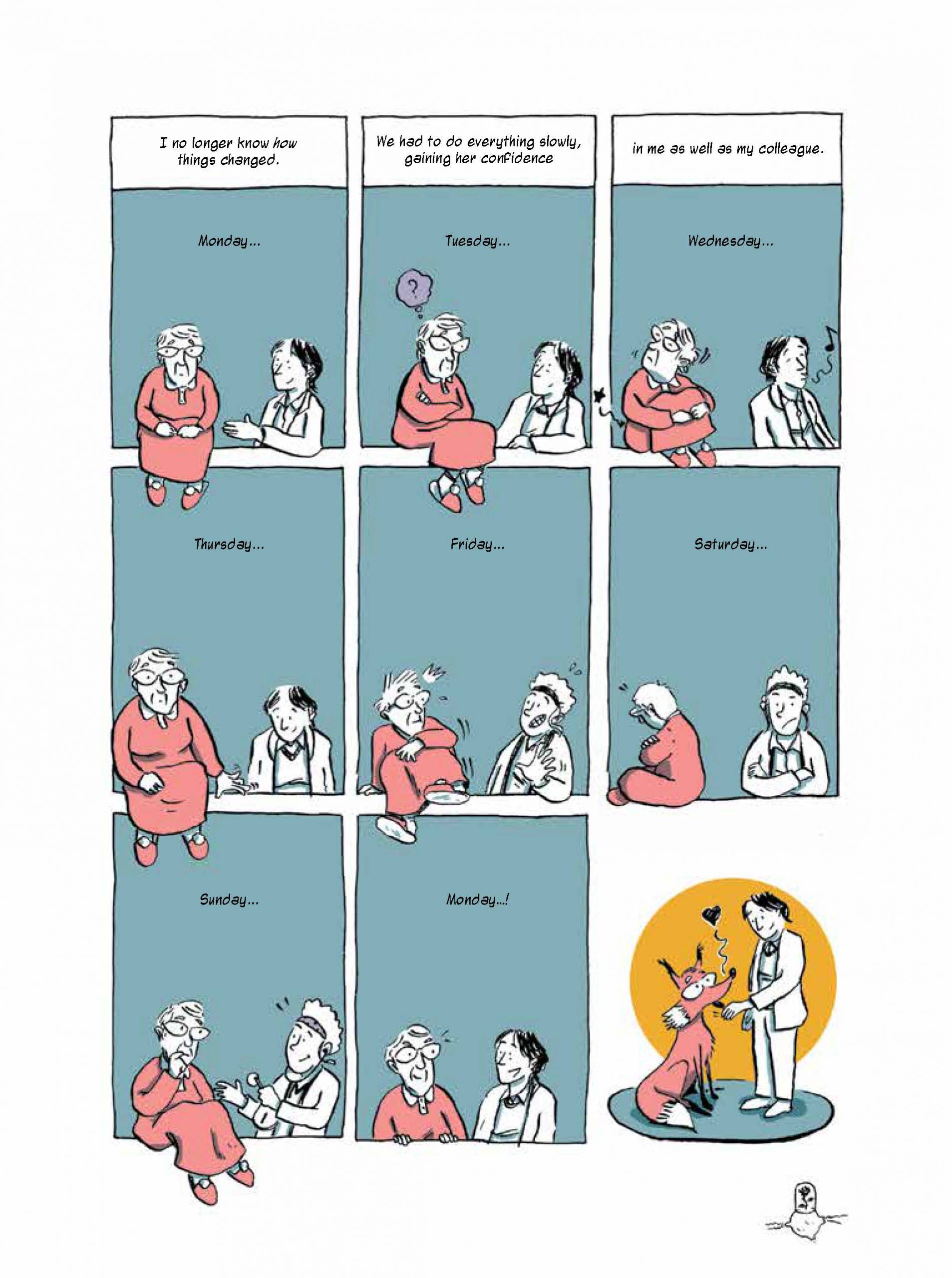 There’s a certain dream like (controlled) chaos to a number of the panels throughout the story that match so perfectly with the conveyed fogginess of Josephine’s memories that it’s hard not to feel drawn into her world. The images almost take us on a Gilliamesque surreal journey with Josephine, traversing her fractured memories and trying to maintain her sense of self as dementia spreads its foggy tendrils further and further. 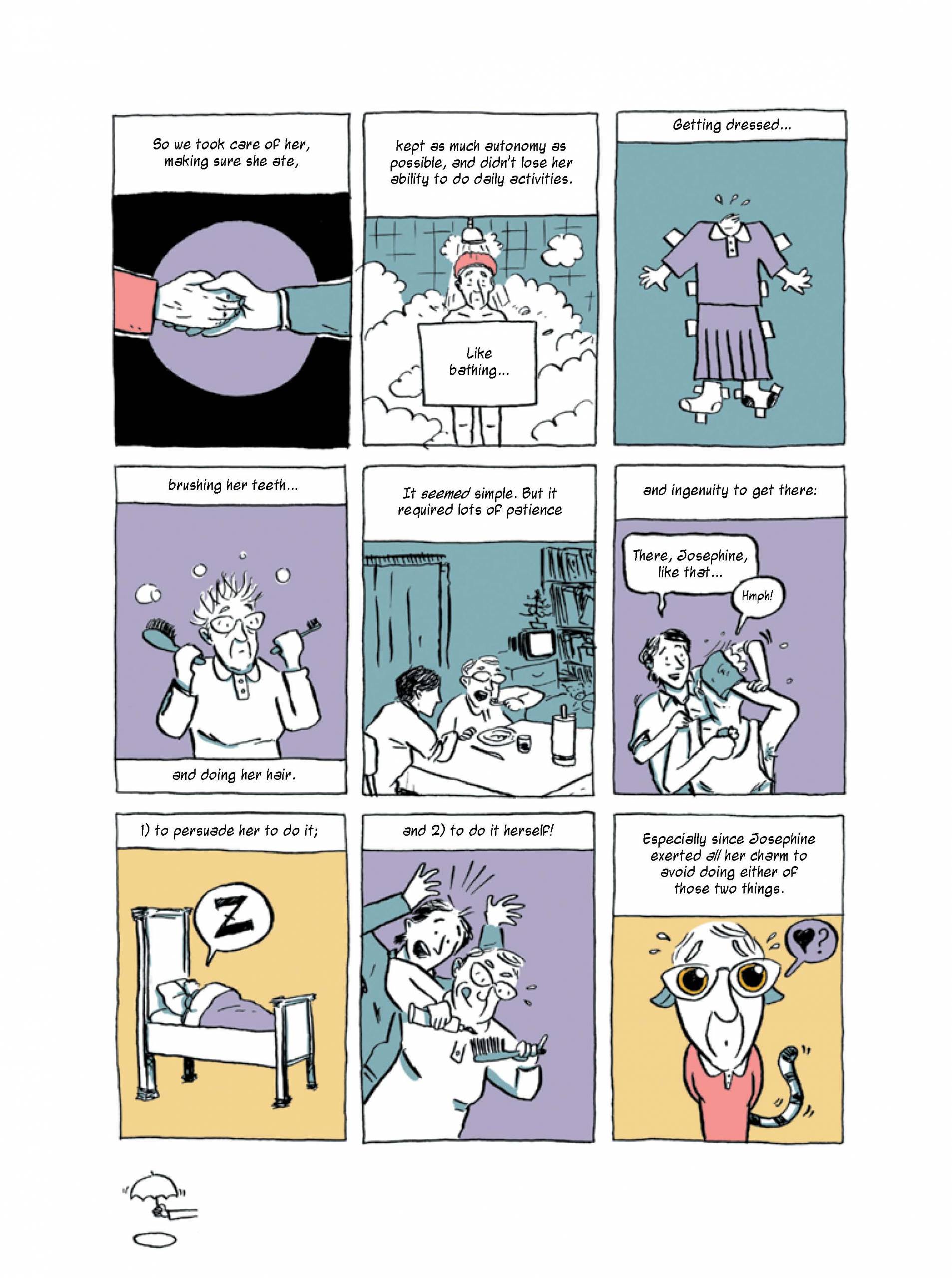 I remember one day when I was a child, having our next door neighbour knock on our door and ask if we’d seen his wife, she had passed away some years before. That was my first introduction to dementia and it’s something I’ve been mindful of since then. It’s a scary thought, the notion that your mind be slowly (or sometimes reasonably quickly) taken from you. Valerie not only reminds us all that people with dementia are still there, still deserving of love and attention but also shows the flaws in the health system that seems to consider them unworthy of anything more than a cursory level of care. This story won’t be for everyone, but if you like a human story, something that is perhaps an equal mix of sorrow and joy then this is likely to be your cup of tea.