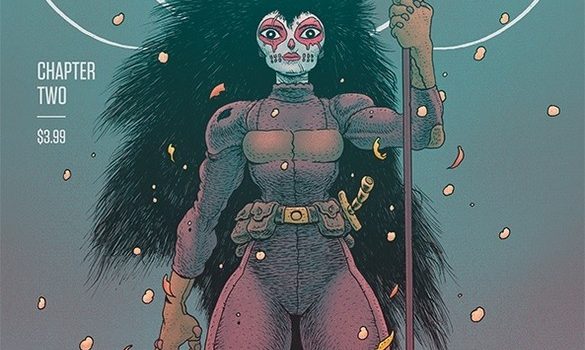 Summary: The second issue in the five-part series delves into the family tree of Little Bird.

The Fight For Elder’s Hope

The second issue in the five-part series delves into the family tree of Little Bird.  We see The Axe return to lead the resistance in their fight against the Bishop and his Northern Guard. 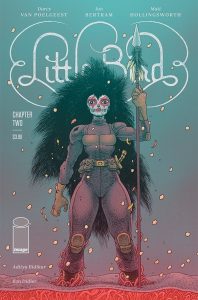 This book has some truly eye-catching art.  It begins in an after world of sorts, as Little Bird is reunited with her mother.  This world is something out of a dreamscape, with symbolism rampant everywhere.  Little Bird’s mother even describes it as a map to where you’ve been, and if you’ve studied well enough, to where you’re going.  It’s a very apt description that beautifully describes the art in the opening of the book.  Little Bird’s mother even shows her the day she almost died, and the difference in her appearance from the ‘real’ world and the after world is startling.  In the real world she is drawn as beaten and emaciated, ripped apart and near death, whereas in the after world she is a fierce warrior.

The art does an excellent job bringing that world to life, and also the cathedral where a young man named Gabriel is studying.  The stark and sterile church school stands in contrast to the bright and surreal after world, and helps to give an unbending and stern feel to the body of the church as it appears in this book.  The final piece that brings the book to life is the colour work.  It really just gives life to every scene and really gives all the art in the book that final push that truly makes it live.

The book begins with Little Bird being reunited with her mother in the after world.  We learn some of her mother’s history, and how she came to be a foe to the church.  She provides some guidance to Little Bird, who is battling with the fact that she was shot and had died.  The sequence ends with Little Bird’s hand bursting from the ground.

The next sequence brings us to Gabriel, a masked student of the church.  He is revealed to be suffering from a disease of some sort, and the Bishop has been trying to cure it.  Here we learn that some humans had been previously modified, though most of those persons and their bloodlines had been wiped out.  A legend known as Axe had survived, carrying the ‘Resurrection Gene’.  This makes an individual effectively immortal, and we also learn that he’d put the gene into Little Bird’s mother.  The Bishop reveals he still has Little Bird’s mother chained up and held prisoner, and uses her as a tool to have his servants swear their fealty to God upon.

Next, Little Bird returns to life, and after a short escape from some mechanical church sentries that look like something out of one of the Matrix films, she meets up with the resistance and Axe.  The issue ends with a looming threat from the church and a glimpse of hope for the resistance.  It sets up well for a future conflict that is inevitable as the two sides hurtle towards each other.

This is a very complete issue.  It lays out a lot of the mythos of the world that it inhabits, but not in a blatant way.  A lot is left open to interpretation.  It does tease providing some definitive answers as the series progresses, but I like that some mystery is left.  The book is very well paced, and Van Poelgeest does a great job changing gears and moving between plotlines at what feels like the exact right times.  This provides a great narrative and comparison between our heroes and villains.  The changes in colouring also provide an artistic shift in tone as the story moves between narratives as well.  The art and story work very well together in this book.

This issue features some surreal art and is incredibly well paced.  You’ll be surprised how quickly the end comes and how much you’ll be looking forward to the next installment! 4 out of 5 stars. 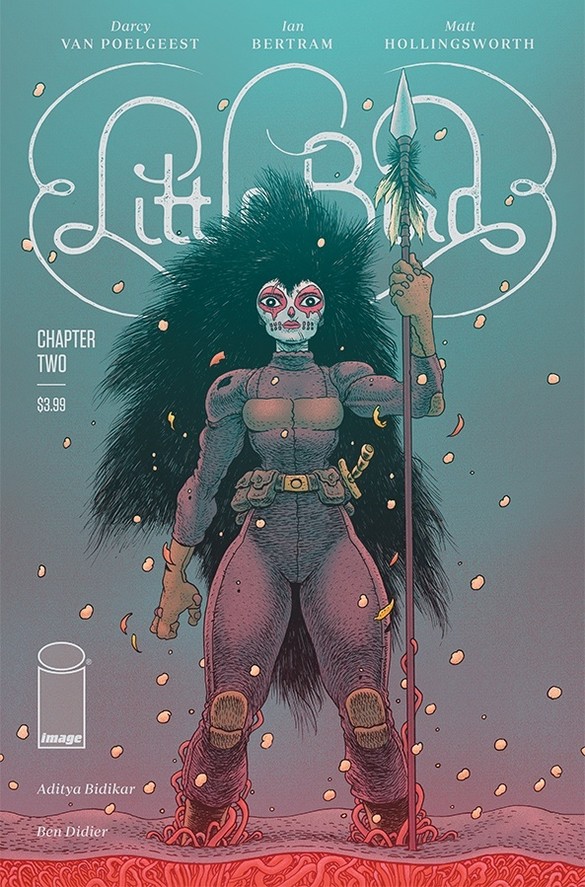