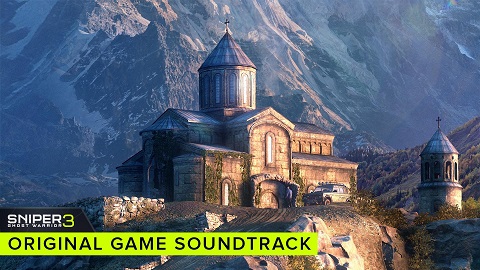 Listen to the Emotive Music of Sniper Ghost Warrior 3

Sydney, 31st March 2017 – CI Games, creators of the Sniper Ghost Warrior and Lords of the Fallen series of games, invites players to take an aural journey to the Republic of Georgia as the team elaborates on the musical creation and inspiration of theSniper Ghost Warrior 3 score.

Composed and produced by Mikolai Stroinski (The Witcher 3: Wild Hunt – Blood and Wine, The Vanishing of Ethan Carter, Detached, Kursk), mixed by Steve Kempster and recorded by Tony Phillips at Beautiful Noise Studios in Los Angeles, each artist was invited to the studio to provide his or her own element to the overall score. Some instruments used that may be familiar to a Western audience include drum, bass, synthesizer, guitar and vocals; but, there’s also the use of mandolin, balalaika and bandura.

Some songs on the soundtrack have a noticeable Georgian touch to them, and a fair amount of Sniper Ghost Warrior 3‘s score is inspired by various folk and pop music researched prior to the pre-production of the game score. The goal in mind for the Georgian-influenced songs are to enhance the player’s emotions and to emphasize the location in Georgia while also leaving the location to be painted by other elements in the game such as the graphics and dialogue.