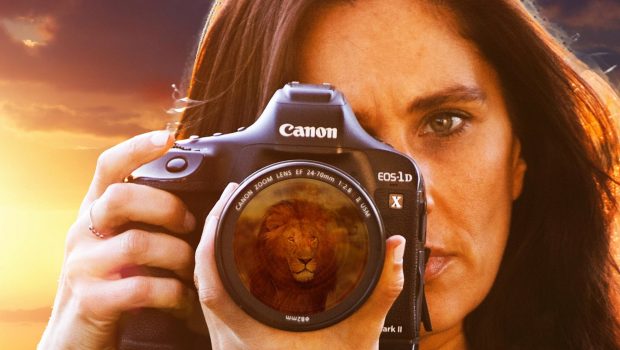 Summary: While this documentary does expose the trophy-hunting industry from an insider perspective it does not offer any solutions. Well worth watching for the conservation message.

Rogue Rubin was born in South Africa but her family moved to Australia when she was young, but she always felt a connection to Africa and was interested in protecting the wildlife. While lions are the most iconic of the big cats it was not that well known that the wild numbers have been dwindling for some time with people thinking there are a lot more around due to the numbers bred in captivity and being held in private zoos.

While there are the normal pressures of habitat destruction and lions being pushed off their land in sub-Saharan Africa one of the issues is affecting their numbers is the lion trophy hunting business. To find out more about this Rogue Rubin created a new identity as a professional trophy photographer top go undercover in the industry and find out how it worked.

After some initial failure in finding inroads into the industry, she eventually is taken on as an intern at a hunting safari company in southern Africa and ends up travelling to the biggest hunting convention in the USA to film some more inside the industry.

As a warning there is actual hunting footage and animal slaughter in the movie. The industry is about killing animals so they had to show what it is. With the backlash the industry has gotten in the public sphere I would not have thought they would have allowed the film maker so much access. They did blur out the company name and some faces but most of the hunters who paid to hunt were happy t appear on screen as they would have had to be contacted about it.

The biggest issue I have with this documentary is that while it shows the hunting, it does not really an alternative to it and the “donate to help” thing seems dropped in at the end with not much fanfare. I would have liked to see more on the alternatives such as photo safaris or even the music safari tours I know people have been on where they go away with their favourite musician to Africa. An elephant dropped a tree on the tour van during one such trip.

It does remind me of the film ROAR (1981) which was also about conservation and had hunting in it, especially the bit where Rouge Rubin gets tackled by the lions. This film is not as out there as that movie and doesn’t even have as much conflict even when the head of the hunting company finds out he has been had he just wanders off. It reminds me of the tour operator to North Korea complaining about the Red Chapel as it damaged his business at the time. In that case there was some drama and not just them saying “this is dangerous”, it was very dangerous for them they could have been sent to the gulag.

Something that does not come up as much in nature documentaries as it did in the old days is that a lot of the earlier projects had a commercial interest. Armand Dennis, a progenitor of David Attenborough was sent out by a zoo to collect mountain gorillas (all but 3 of them died) and said the Italians during WWII in Africa shot around 20,000 animals for sport and meat.  The recent Becoming Cousteau (2021) documentary does cover this and also him not wanting to show his earlier work while he was alive.

I would still recommend this film if you have an interest in conservation and want to learn more about the hunting industry in Africa, just don’t expect any solutions to the issues it raises.