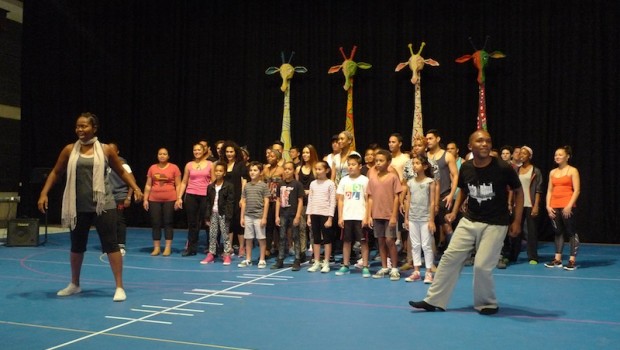 A behind the scenes look at the rehearsals for The Lion King stage production by Tony Phan.

From behind the black curtain, the chorus singers emerge. They walk out in single file and gather in front of the towering giraffe head props. Some of them, the young adults, strut rather than walk. Although this is only day two of rehearsals, most of the singers – loose in shirts, shorts and sweatpants –exude an animal-like energy, a confidence that you’d expect from professional performers. These are, after all, the ones who made it pass the cutthroat auditions. They deserve to be proud.

We are at Carriageworks for a behind-the-scenes media event for Disney Theatrical Productions’ The Lion King. After a brief introduction to the chorus leaders, it’s time for a preview of their opening song, ‘The Circle of Life’. South African native Buyi Zama, cast as Rafiki the baboon sage, steps forward, waiting for the right second to sing. As a woman playing a grandfatherly character, she balances out a cast that’s predominantly male. She also has the privilege of being the first singer to open the show. With heart and soul, she belts out those iconic lyrics, “Nants ingonya-ma baghiti Baba!” It’s Zulu for “Here comes a lion, Father,” a call for attention to the story of the lion prince, Simba. If your morning commute had been stressful, you forgot about it. If you had any anxieties about meeting new people in the media pack, they faded. Yes, Disney has a strange emotional power over people. 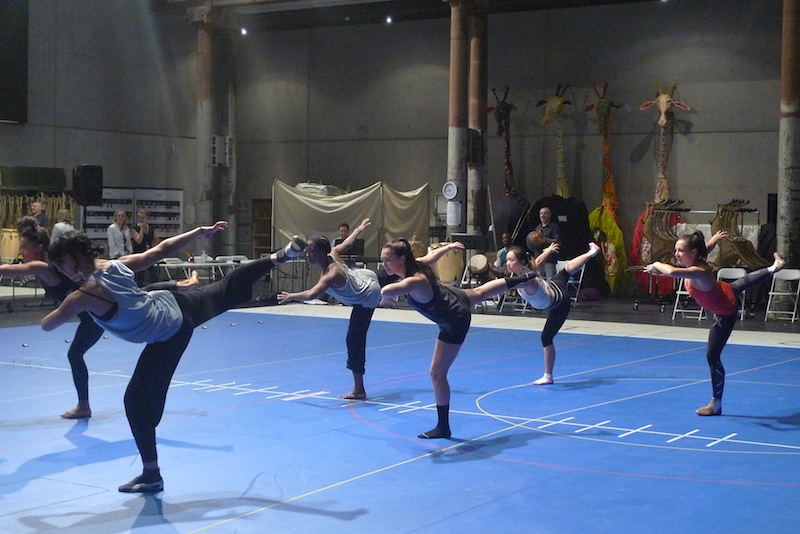 One by one, more of the singers join Zama. They playfully engage with each other and the rest of the choral posse, clapping and stamping in a sort of call and response. Gradually, the mood of the room changes – it becomes more uplifting. By the end of the song, we’re sure this group will do Sir Elton John and Sir Tim Rice justice once the show goes live. If this is what they’re like during rehearsals, how intense is the real thing going to be?

After the performance, an hour-long guided tour awaits us, giving us exclusive insight into the skeletal elements that make up the grand production. There are rooms designated for each division – dance, puppetry, wardrobe, music and staging. As the media pack moves from room to room, stoic coordinators with earpieces relay to photographers and camerapersons what they can and cannot capture. Entertainment reporters find appropriate places from which to read their script. All the while, the choreographers leap and pivot, the actors hone their delivery and expression, and various craftspeople refine their mammalian garbs. In this dynamic setting, leaving your nine-to-five desk job to run away with the troupe doesn’t seem like such a foolish idea. 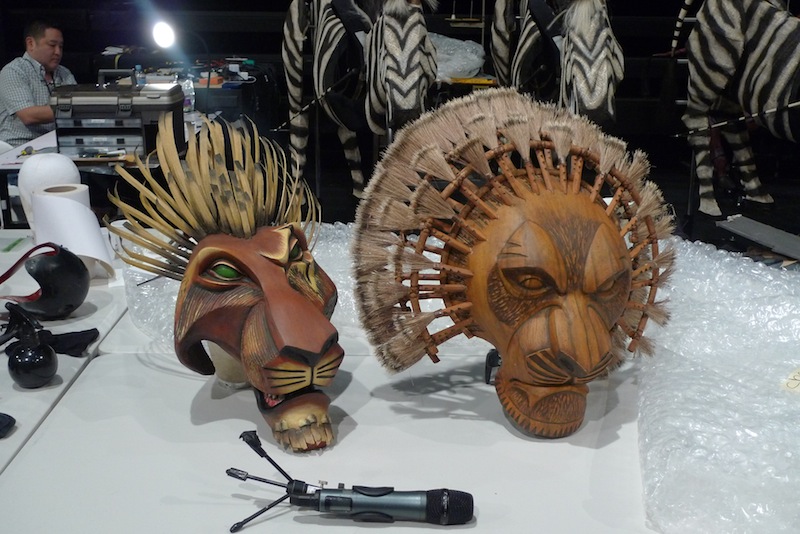 This stage version of The Lion King is no glittery Disney on Ice affair. Musical theatre juggernauts have been behind this project from the beginning, including Julie Taymor, the Tony Award-winning costume designer who’s also the show’s director and mask co-designer. She’s responsible for the distinct angular aesthetic of the animal characters, which incorporates traditional African dress and folk art.

Funnily enough, despite the film being full of memorable musical numbers, the Disney Theatrical Productions president, Thomas Schumacher, doubted its adaptability for stage. He initially called it “the worst idea in the world” and thought that “there was nothing about the film that called out to be theatricalised.” However, since its premiere on Broadway in November, 1997, it’s still going strong – 16 years strong. In fact, The Lion King is Broadway’s fifth-longest running musical ever. Not bad for a supposed kids’ movie, eh? 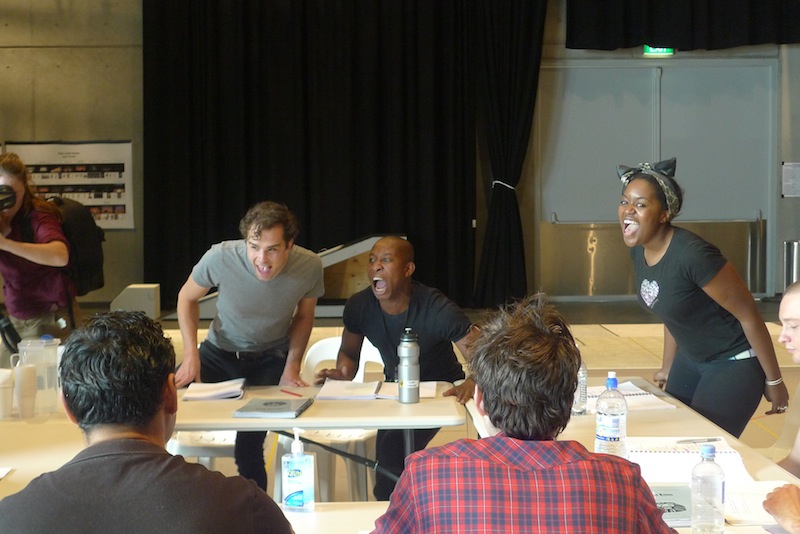 By December 12, the pieces of the Lion King puzzle will be brought together in full golden glory at the Capitol Theatre, Sydney. Given its huge global success, don’t be surprised if it receives standing ovations.