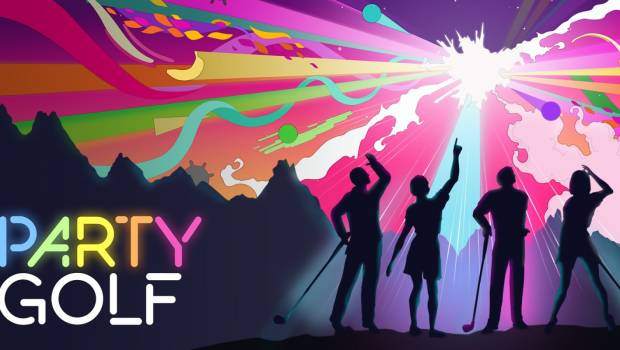 We catch-up with Lindsay Wells from Giant Margarita post-PAX 2017 to talk about gaming!

Growing up, what was your favourite game?
I didn’t have a whole lot of access to games when I was a young-un, my parents had the classic opinion that video games were bad for kids etc. Despite being a 90s kid, remarkably my first gaming console was the PS3. So I was left to sneaking in a few games of Doom 2 on my brother’s PC, and playing a heap of Crash Team Racing at my neighbours place. I only liked CTR and not the other Crash games as they were way too hard for me – I’m still bad at games to this day ;)

What’s one game that’s currently on your pile of shame?

Ergh, Horizon Zero Dawn is at the top of this ever growing pile. I picked it up right before I started the final crunch to finish my PhD Thesis. The deadline became so close I ended up with no time to play games. Worst part is I submitted a month ago, and still haven’t played it, because I’ve been swamped with launching Party Golf on the Switch, and Party Crashers on Early Access!

How did you get involved in professional game development?

For me this was through the University of Tasmania. Originally, I was more interested in computer graphics, but found myself more on the technical side of 3D art than the artistic side. Ian Lewis (who is the CEO/Founder of Giant Margarita where I now work) managed to convince 18 year old me to do the Games Development major (Computer Science degree) which he taught instead of an Arts degree. Fast forward 3 years, and Ian convinced me to join him and some other students to work on a mobile video game all the way through to release (something many true indies fail to do mainly due to scope among other reasons). We created Save the Teenies which is a puzzle game on Android and iOS. I guess you could say it was all Ian’s fault that I’m in game development ;)
At PAX, you were showcasing two new games, Party Golf and Party Crashers (not Giant Margarita, thats our company name lol), can you tell us a little about them?

Both Party Golf and Party Crashers follow the same set of design principles that Giant Margarita plan on using all of our titles moving forward: Shouty, frantic local multiplayer, an easy-to-pick-up core game experience, with a crazy amount of customization to provide depth, handicapping, and to allow players to build their own fun.

Party Golf is a mad-dash race to get your ball in the hole first (no turn-taking, not the least number of shots), with super easy controls. The core “default” mode is extremely fun, and is backed up by 100 other game modes, and over 300 settings to build your own modes. You can mess with the physics, procedurally generated levels, speed of the game, what it means to win, or even make everyone’s balls stick together.

Party Crashers’ default mode is also simple yet carnage-filled. Crashers is a combat racer, where players try to destroy each other with pick-ups such as missiles, railguns, and mines, or by driving each other off the edges of the track. We’ve got 60 game modes for this one (and growing), including top-down, split-screen, battle arena, time trial, and banana cars, and again procedurally generated tracks.

What sets these games apart from its competitors?

These games bring a few new things to the party game genre. Party Golf is one of the only games which supports 8 players on the PS4 (and other platforms), through the use of sharing half a controller each. The amount of customization in our games is unprecedented for games of many genres, let alone party games. We were inspired by the customization available in games like Towerfall, and then took it to a whole new level. This customization is not just “because we can”, but because we understand that every group of players that sits down to play a round of Party Golf is going to have different preferences in how they play to another group. We let people tailor the experience to their group (e.g. handicap player 1, play slow and precise, or play crazy banana-pants mode) OR just play the default mode.

Which are your favourite mechanics in these games?

For Party Golf I think my favourite has to be Rat-King mode. Similar to a real life rat king (look it up, if you have a strong stomach), when the balls collide, they stick together. Each player is still out for themselves, and so those inside the ratking are all fighting for control. We just discovered this combines really well with our Checkpoints mechanic (fly through the numbered checkpoints in order before reaching the hole), as it resulted in even more collisions than normal, and players inside a ratking having conflicting goals (i.e. different checkpoints).

You’re also involved with the University of Tasmania, can you explain that link?

Through the games degree at UTAS, our company Giant Margarita gets students to work on a year-long project with us, basically as the “final boss” of their 3 year degree. The students get to learn what is is like doing indie game development beyond just tinkering on student games – we get to enhance the degree by imparting knowledge on what it is like to run a business, and the ins and outs of console development. By taking the students to PAX West, and showing their own game (Party Crashers) at PAX Aus the students learn to pitch their game to gamers, media, and other VIPs.

The other link for me is my involvement with the Games Research Group at UTAS through which I have submitted my PhD on serious games. Next year I begin as a lecturer for the computer science degree.

What advice would you give people wanting to get into video game development?

Start off small with your ideas! Don’t jump straight into developing the next MMO (I would be wary of anything requiring network code). While the mobile market is saturated, we felt it was valuable going through the process of calling a game “complete”. At the time mobile was the only really plausible option, but now with Steam Direct being cheap-as-free, working to a timeline and fixed deadline to “finish” a PC game is now also plausible.

The other piece of advice (more related to actually getting started) is to find your local game development society (if there is one, otherwise get amongst the online community). Talk to like-minded people, pitch your ideas and grow them. Go to a Game Jam and find a team if you don’t have one already (or test your existing team’s skills and ability to work together at one). Tasmania’s Game Dev Society is going strong now, and it has been remarkable to see the impact it has had on individuals, compared to when it wasn’t around a few years ago — new teams have been formed, and everyone is pushing each other to do better now that we are all aware of each other.

Lastly, what was your favourite aspect about PAX?

For me, each PAX has been mostly 100% demoing Party Golf and Party Crashers, with little time for anything else! So within the confines of that, my favourite thing is playing the games with the people who “get” what we are trying to do with our games. These lovers of local multiplayer are the people who we made the games for, and the reaction from them makes the exhaustion of the constant demoing worth it. Outside of this, the Cosplay is awesome!