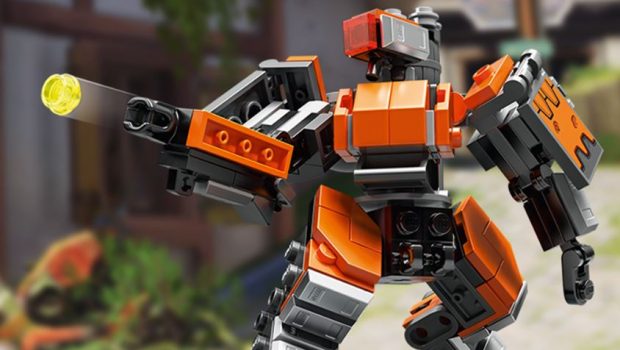 Overwatch® players have long enjoyed assembling teams featuring the iconic hero Bastion. Soon members of the community will be able to assemble Bastion in real life thanks to a new collaboration between Blizzard Entertainment and The LEGO Group. In advance of the launch of a full collection of LEGO® Overwatch building sets, Overwatch fans may now purchase an exclusive, limited edition LEGO Overwatch Omnic Bastion model starting today on the Blizzard Gear Store for an MSRP of USD $25, or purchase on-site at BlizzCon® 2018, taking place November 2 and 3 PDT at the Anaheim Convention Center.

This Blizzard-exclusive display model features Bastion in the orange Omnic Crisis skin with a display plate built from LEGO bricks. The figure features a swivelling upper body, moveable arms, and a weapon built into the right arm, and comes with Bastion’s trusty bird, Ganymede. This unique figure, which stands over 4” (12cm) tall in robot mode, is the ideal collector’s item for Overwatch fans and will be a welcome addition to any gaming setup.

With a player base of 40 million, Overwatch has quickly built a global community of passionate followers, spawning a robust merchandising program with brands like The LEGO Group. Blizzard Entertainment and The LEGO Group first announced their collaboration in May at the 2018 Licensing Expo, and most recently teased the upcoming building sets collection in a lighthearted video featuring Overwatch Game Director Jeff Kaplan.

LEGO, its logo, the Minifigure and the brick and knob configuration are trademarks of the LEGO Group. ©2018 The LEGO Group. Used with permission.