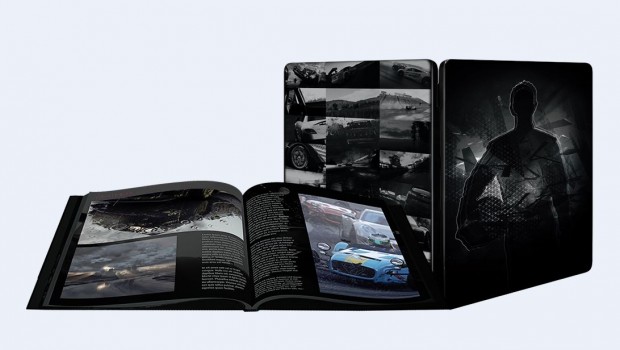 – Limited Edition and Pre-Order details have been confirmed for Project CARS, coming in November 2014 on Xbox One, PlayStation®4 and PC–

Sydney, Australia – August 12th 2014 – Leading video game publisher and developer BANDAI NAMCO Games Europe S.A.S. and Slightly Mad Studios are proud to announce pre-order details and Limited Edition for Project CARS. The game will be coming on Xbox One, PlayStation®4 and PC in November 2014, later on in 2015 on Wii U. The most authentic, beautiful, intense, and technically-advanced racing game on the planet comes with a Limited Edition to please all car and racing fans.

The Limited Edition of the game will be presented in a special steel case featuring an exclusive visual, along with a behind-the-scenes book entitled “Project CARS: By Racers 4 Racers”. With this exclusive item, get backstage at Slightly Mad Studios and discover in details how community was involved in the game development to create an entirely crowd-funded game. The Limited Edition will also come with five legendary cars drivable in any game mode and with special one-make series career invitations to showcase them in!

The cars included in this special offer are:

– McLaren F1: the legendary supercar from the historic manufacturer

– Mercedes-Benz AMG C-Coupe DTM: one of the most competitive DTM cars today

The Ruf CTR3 SMS-R is a race spec version producing over 750 horsepower and a staggering 330 km/h top speed making it a truly unique combination of technical excellence and aesthetic passion. Being the second car available, the Pagani Zonda Cinque Roadster is an open-top hypercar with a monstrous top speed, racecar levels of downforce, and extravagant beauty to match its multi-million-dollar price tag. Finally, the Ariel Atom 3 Mugen is instantly recognisable with its exposed red chassis and white bodywork whilst underneath the hood a tuned Honda Type R engine gets it from 0-60 in just 2.9 seconds.