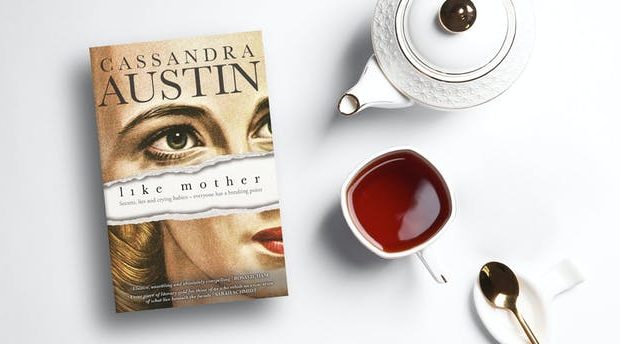 Summary: Cassandra Austin’s “Like Mother” has a solid structure and a great deal of technical merit and it has been written in such a way that keeps the reader captivated and keen to seek answers.

Los Angeles-based Australian author Cassandra Austin’s “Like Mother”, set in 1969 in rural Australia, follows several characters over the course of one summer day, a day that is ripe with intrigue, elusiveness, and gut-wrenching realisations.

The reader is invited into the perspectives of multiple characters throughout and, as each new chapter commences through someone else’s eyes, the reader is left with a growing sense of foreboding and an eagerness for answers. The reader is allowed a rich insight into the battles of motherhood, particularly in an era where mental health struggles were not openly discussed and help, support and appropriate guidance were not readily available. This thrilling domestic noir challenges, enthrals and begs the over-arching, lingering question of whether the home of a housewife is her castle or her cage.

Austin’s third novel, “Like Mother” thoroughly draws the reader in from the outset whilst setting the scene for compelling insights into new parenthood, the power of gossip and the damages of long-kept family secrets. Austin’s experience in novel writing has translated neatly as the exploration of different elements of secrecy in a family dynamic has given her the tools to present an elusive, unsettling, and compelling story to the reader.

The reader is introduced to multiple characters at a swift pace quite early on, all of whom have their own distinct personalities, providing the reader with rapid and strong opinions of them. Each perspective impeccably matches the character’s personality and traits, and this provides the reader with a thorough and compelling exploration into the mindset and behaviours of these characters.

Wistful, dazed, a little aloof, Louise Ashland is a new mother who, on this sweltering day, is struggling greatly to feed and settle her infant daughter, Dolores, affectionately known as Lolly. As the morning drags on and Lolly cries continuously, a sleep-deprived Louise finds herself surrounded by the ever-growing mess and clutter in her home. With her mother incessantly telephoning and dropping around unannounced, Louise starts to unravel over the course of the day and in the process, realises that her precious Lolly is not sleeping peacefully where Louise could have sworn she left her. With her husband on the road for work and the overkill of poorly approached support from her mother, the reader is left wanting answers about Louise, where she put her daughter and what she could have possibly done in her past that makes her mother question Louise’s capability as a parent.

Full of gossip, relentlessly nosy and involved in everyone’s business, Gladys Bilton is the mother and mother-in-law that everyone dreads. Divorced, self-absorbed and more concerned with her reputation than the mental wellbeing of her daughter, Gladys struts about in this story with a very warped moral compass. Whilst no one could reasonably deny that she loves Louise, it is clear that she does not have any faith in her daughter’s skills as a mother and, as a result, Gladys constantly hounds Louise by calling, dropping around to her house and even going as far as sending members of the community to check up on Louise and Lolly. As the webs unravel, the reader starts to realise that Gladys has secrets and schemes of her own and it is difficult not to wonder what she is hiding from Louise and whether telling her would perhaps heal their disfigured relationship.

Steven Ashland is full of misdirection, not settled within himself or his wants, and his priorities are constantly shifting. Whilst away from Louise and Lolly as a travelling salesman for a refrigerator company, he engages in an extramarital affair and, whilst he feels guilty, he appears to make no conscious effort to call it off, further solidifying the reader’s view of him as a spineless, selfish little weasel who seemingly has no regard for the wellbeing of his wife. As the day goes on, an ultimatum from Steven’s assistant and the regular calls he keeps getting from his mother-in-law, Gladys, start to unravel the image that Steven tries to uphold of himself and the reader is left with very little sympathy or care for him.

The blistering weather is referenced regularly, and the reader is reminded of it as the characters struggle through it in their own ways. The symbolism of the intense heat strongly reflects the severe panic associated with the sudden disappearance of a child as well as the heavy frustration of that one family member who has something to hold over everyone and who just doesn’t know when to back off.

Austin spins a series of complicated webs throughout “Like Mother” and the reader has to stay sharp in order to sufficiently follow the plot. There are places throughout where the structure of the writing and some phrasing is a little scattered which leaves the reader a little confused and having to re-read some sentences, so in this area, there is definitely room for improvement. Despite this, “Like Mother” is a fine example of how Austin has used her years of writing experience to create such a compelling and devastating tale. As with all great thrilling novels, the twist towards the end is written as cruel but delightful proof that you cannot always assume to know all about a situation, especially when, in the case of so many of these characters, there is incessant gossip and misinformation being thrown about so freely.

Cassandra Austin’s “Like Mother” has a solid structure and a great deal of technical merit and it has been written in such a way that keeps the reader captivated and keen to seek answers. Her ability to delve into the minds of different characters through shifting perspectives is deliciously captivating and easily leads the reader on a journey that excites, enthrals, and devastates. This thriller is sure to be an inevitable success and it will be exciting to see what Austin does next. 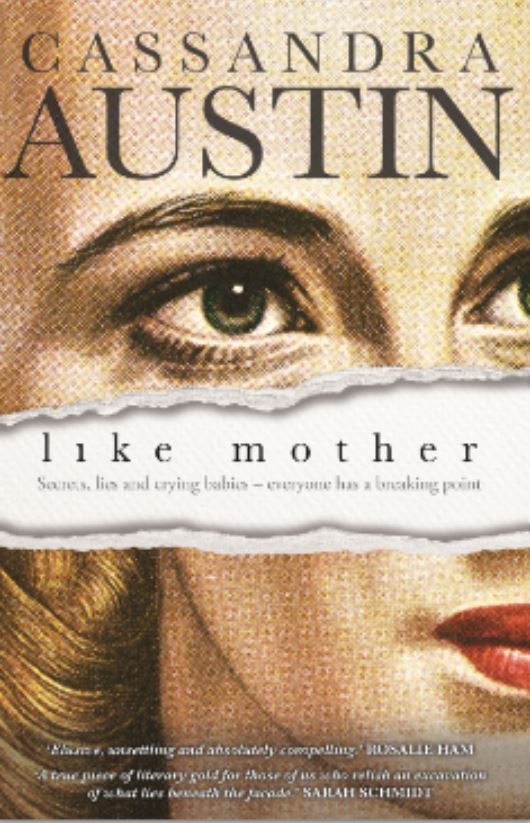