Summary: Lightfall is a fast-paced 2D platformer with a few fun, unique mechanics and a lot of narrative.

Since the release of Super Meat Boy on the Switch in January of this year, I’d subconsciously closed my mind off to the prospect of playing any other fast-paced, technical 2D platformers. I mean, what could be better than Meat Boy? Then Light Fall crossed my path and showed me that there’s plenty of room for innovation in the technical 2D platformer genre. 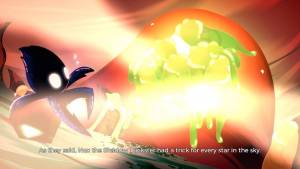 Light Fall is a frenetic 2D platformer with a focus on speed, maneuverability and precision. You play as Nox, a small silhouetted figure with the ability to conjure large blocks to be used as platforms or puzzle solving devices. The aim is to navigate through large, spaciously-designed, linear platforming levels to find the exit and progress through the story. 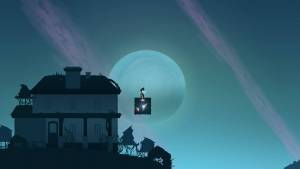 There’s actually a significant amount of narrative to Light Fall, which is unexpected and ultimately rather unnecessary for a game of this type. In short, the story follows Nox as he tries to figure out what has happened to the world with the aid of a guardian owl, Stryx. The story is told mostly through cut scenes and fully-voiced dialogue as you explore the levels. There’s also a tonne of backstory in the form of diary entries unlocked by finding hidden collectibles throughout the game. The story is very standard and not all that interesting, but the cut scenes look quite nice and the dialogue isn’t offensively annoying, so it’s hard to complain about the excessive narrative – it just didn’t add anything to the experience. 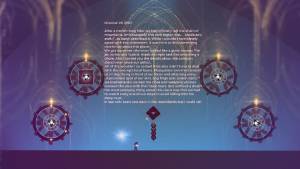 The real draw of Light Fall is in the platforming. As mentioned before, Nox is able to quickly summon blocks in a variety of ways. Whilst in the air, tapping the B button (on the Switch) will summon a block at Nox’s feet and will even match his momentum to ensure that he always lands on stable ground after leaping through the air. Tapping the A button will summon a block directly in front of Nox for him to grab onto, which can be used in succession to quickly climb vertically. Both of these abilities can be used four times in succession, at which point Nox must land on natural ground to be able to summon blocks again. 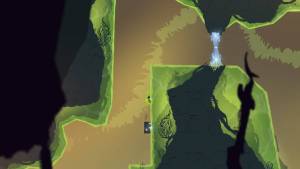 Combining these abilities with Nox’s quick sprinting, high jumping and great aerial control feels fantastic, and leads to some compelling platforming sections. Many of the levels in Light Fall are designed to be open and spacious, which allows you to solve the problem of getting from Point A to Point B however you want. On the flipside of this, you can easily sprint through many of the early levels and bypass a lot of the challenge once you’re familiar with the aerial controls, as Nox’s momentum and leap allow him to simply hop over the obstacles with a few platforms. 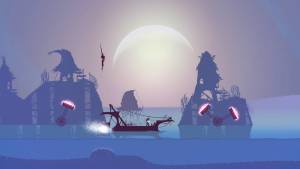 This ability to simply bypass the platforming challenges becomes less of an issue in later levels as the game introduces more difficult hazards and puzzle solving sections. Nox also has a short ranged attack and the ability to summon blocks to place throughout the environment. Some of the puzzles surrounding these mechanics are quite fun and work well with the platforming; others are just plain frustrating (cough, elevators and lasers, cough). 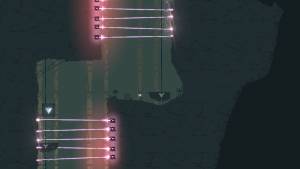 Light Fall utilises a layered, sparse, silhouette art style that looks nice, but doesn’t offer much variety until the later levels. The first few zones consist mainly of varying shades of dark blues and greens with a few features in the background to make you feel like you’re in a new area. It isn’t until the back half of the game that levels start to employ more colour and aesthetic features into their design, to great effect. 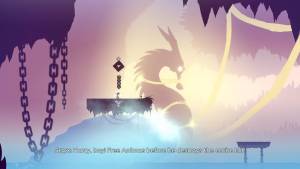 It took me about six hours to get to the end of Light Fall, and I’ll be keeping it installed on my Switch to go back through and find all the hidden collectibles – not because I’m interested in filling out the backstory, but because the platforming feels great and the exploration is quite compelling. The levels are all broken up into relatively short platforming sections bookmarked by checkpoints, making it a great game to take on the go with the Switch. There’s not much to Light Fall beyond the unique platforming mechanics, and you won’t find a Super Meat Boy level of challenge, but it’s a neat little game that’s worth picking up if you’re looking for something of a gaming palate cleanser. 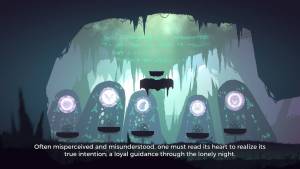