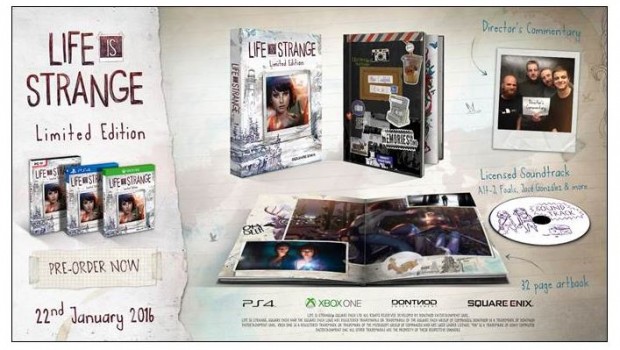 “If you’d have told me this time last year that, a year later, Life is Strange would be winning prestigious awards and topping Game of the Year lists I’m not sure I’d allow myself to believe you!” explained Luc Baghadoust, Producer at DONTNOD Entertainment. “The Limited Edition is our way of saying thank you to everyone who’s supported us along the way.”

LIFE IS STRANGE follows the story of Max Caulfield, a photography senior who discovers she can rewind time while saving her best friend Chloe Price. The pair soon finds themselves investigating the mysterious disappearance of fellow student Rachel Amber, uncovering a dark side to life in Arcadia Bay. As well as winning Develop’s New Games IP and Use of Narrative awards, the Golden Joystick’s Performance of the Year and The Game Awards’ Games for Impact Award, LIFE IS STRANGE has been the recipient of over 30 Game of the Year awards, and featured in countless top ten lists and reader-voted Game of the Year lists.