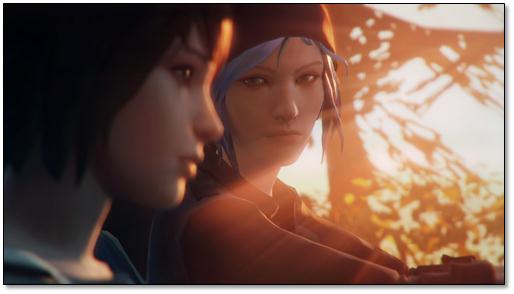 Developed by DONTNOD Entertainment, the Paris-based studio who released their debut game REMEMBER ME™ last year the game takes place in the fictional town of Arcadia Bay, Oregon, where senior student Max Caulfield returns after a 5 year absence. Reunited with her former friend Chloe, the pair will attempt to uncover the uncomfortable truth behind the mysterious disappearance of fellow student Rachel Amber.

With high quality production values and a unique hand-drawn art style, LIFE IS STRANGE is a compelling, story-driven experience where choice and consequence play a key role in how the narrative unfolds. But there is a twist. At the beginning of the game Max discovers she has a remarkable power… the ability to rewind time. In LIFE IS STRANGE the player has the power to affect the game’s narrative and also change the course of history itself.

“Everybody at DONTNOD is excited to be working on such a refreshing title” said Jean-Max Moris, Creative Director at DONTNOD Entertainment. “We’re not only crafting the best game we possibly can, we also feel we’re providing the type of experience that perfectly fits today’s renewed taste for originality and diversity”.

“When we first saw LIFE IS STRANGE we immediately realised that DONTNOD have created a unique experience, something special” said Jon Brooke, VP Brand and European Marketing Square Enix Europe. “Everyone who’s seen the game has instantly fallen in love with its distinctive style and mood”.