Summary: Life is Strange Arcadia Bay Collection allows a new generation of gamers to experience one of the 2010's best adventure games. Just don't expect the labelled 'remaster' to provide much of an added sheen

Life is Strange, Don’t Nod’s oddly written yet deeply heartfelt ode to teenage friendship became something of a sleeper hit upon its release in 2015. Among huge releases such as The Witcher 3 and Metal Gear Solid V, Life is Strange carved out a niche for itself with its relatable characters and its unique twist on the Telltale adventure game format. Now 7 years later the Switch is receiving a remastered collection featuring Life is Strange and its prequel Before the Storm. The episodic nature of the game makes it a seemingly perfect match for the Switch but much like Arcadia Bay itself, there are issues lying beneath the surface. 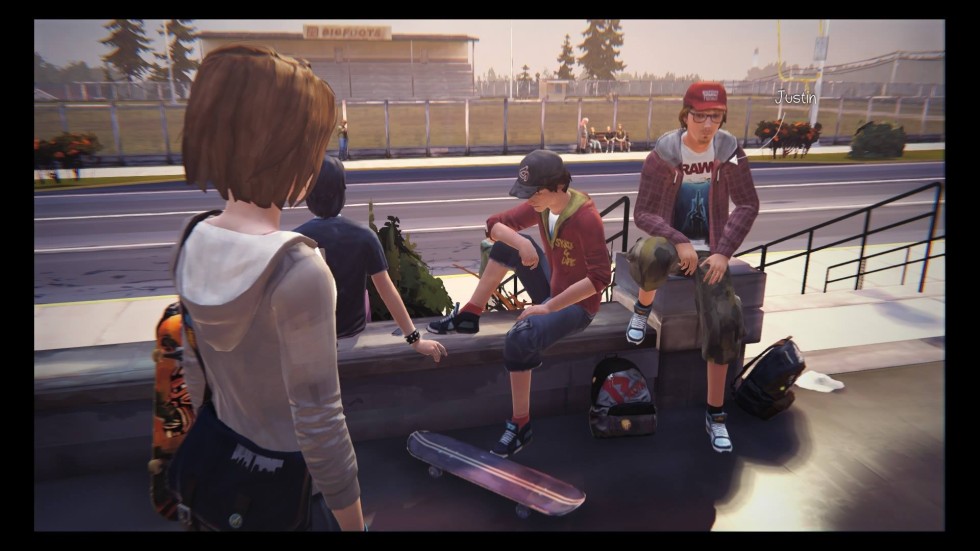 Let’s start with the games themselves. They absolutely hold up and are shining examples of this type of adventure game. The original Life is Strange sees you play as Max Caulfield, a young woman returning to her home town of Arcadia Bay to attend school. When she returns she reunites with her former best friend Chloe Price and they begin to repair their relationship which was damaged when Max originally left. When Max witnesses a violent crime she finds herself develop the ability to rewind time, which she uses to prevent it from happening.

Max and Chloe are eventually drawn into a larger mystery trying to find Chloe’s friend Rachel, who has disappeared without a trace. Along the way they run in to various seedy characters that expose the dark underbelly of Arcadia Bay, and reaffirm their friendship. It’s an interesting game because while it clearly seems to be written by people that haven’t talked to a teenager in ages, it also absolutely nails what it feels like to be a teenager. The dialogue is cringy, even in 2022 ‘hella’ hasn’t made a storming comeback into the lexicon. But it’s the quieter moments that capture being a teenager perfectly. Sitting on your bed, listening to music, communicating with friends via social media, keeping a diary, all of this stuff is rendered fantastically in Life is Strange. It also helps that the main relationship feels deep and that both sides feel developed. 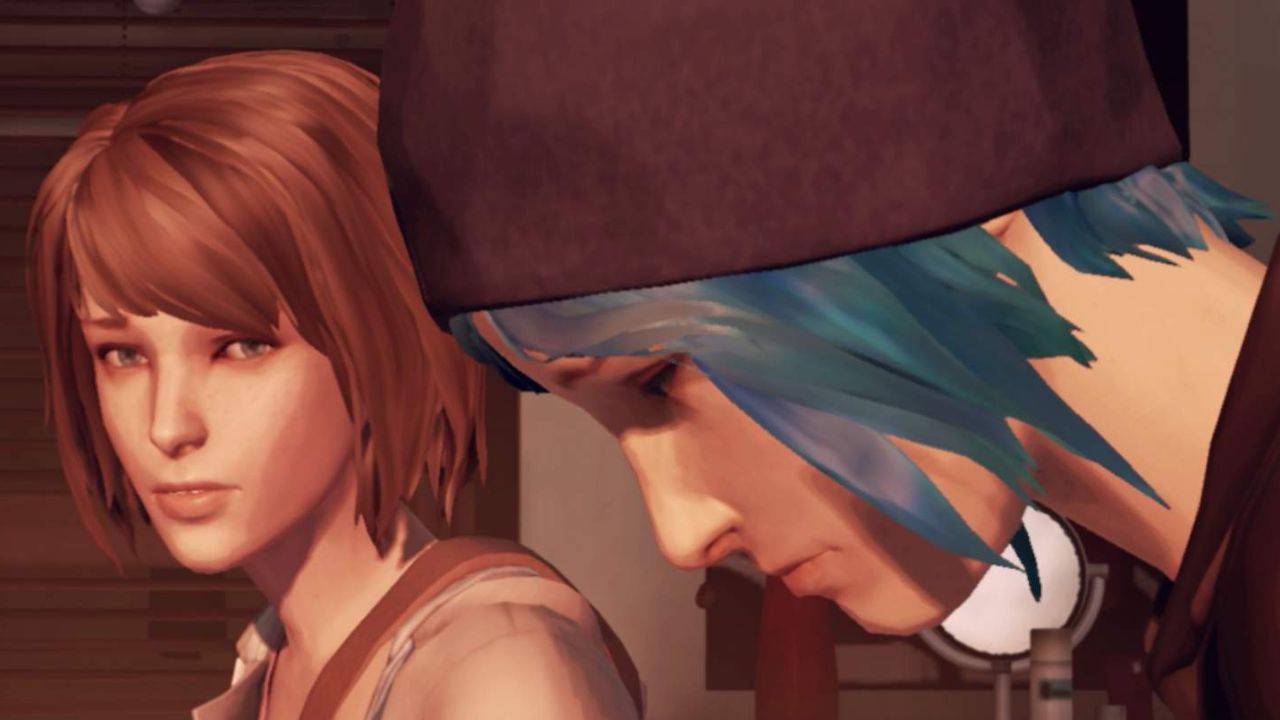 The time travel mechanic is interesting, and is a novel spin on traditional puzzle solving. It also has a deep impact on the narrative, and at times has serious stakes. There is one moment in the second chapter that can be simply devastating if your mastery of time travel is not used correctly.

At 5 episodes consisting of a couple of hours play each, Life is Strange is short and sweet. It doesn’t overstay its welcome with redundant puzzles or side-   quests. The prequel is similar, coming in at only 3 episodes, along with a DLC content finale that adds a sweet capper to the whole story. 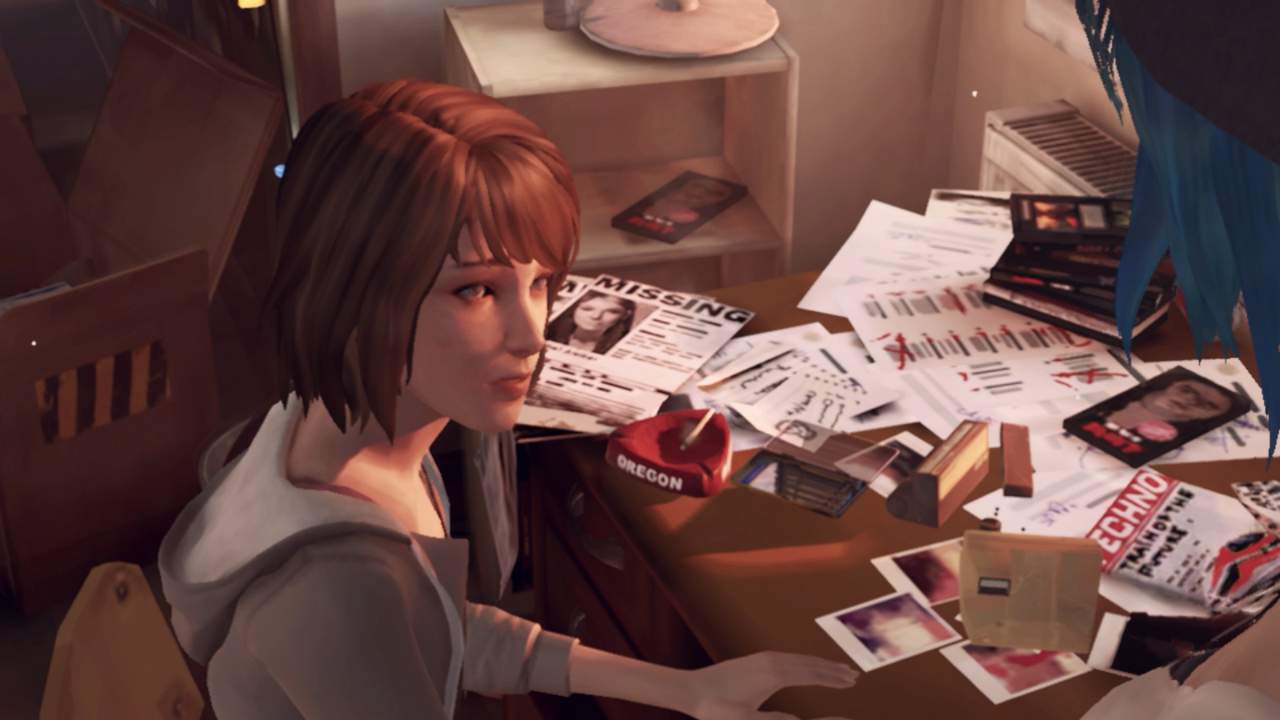 The prequel focuses on Chloe, who is Max’s opposite in a lot of ways. She is surly, loudmouthed, opinionated and often very annoying to be around. Before the Storm does not have a time travel element. The new hook is ‘Backtalk’, a dialogue based feature where Chloe can talk her way out of situations, or make them even worse. It’s not as interesting as time travel, but it fits Chloe’s argumentative character well. Apart from this the game is largely the same as the original, which is by no means a bad thing.

The Remaster doesn’t have the same charm as the actual game. It boasts updated graphics and better lip syncing to the character dialogue. The Switch version doesn’t wear these upgrades as well as the more powerful next gen consoles. The loading times tend to be quite long, and loading screens happen often. In addition, the graphical upgrades don’t really seem to be noticeable here, sometimes it feels like there are little downgrades. There are pop up issues, and sometimes the character models look slightly off. None of this is a deterrent to playing 2 great episodic adventures. The Switch should be a perfect home for Life is Strange. However, its technical issues prevent it from being the definitive version compared to the Xbox and PS5. This makes it harder to recommend for people new to the series, but for veterans it is nice to have Max and Chloe on a portable platform. These problems don’t ruin the game by any stretch, and it is so nice to spend time in Arcadia Bay again that they can be overlooked.