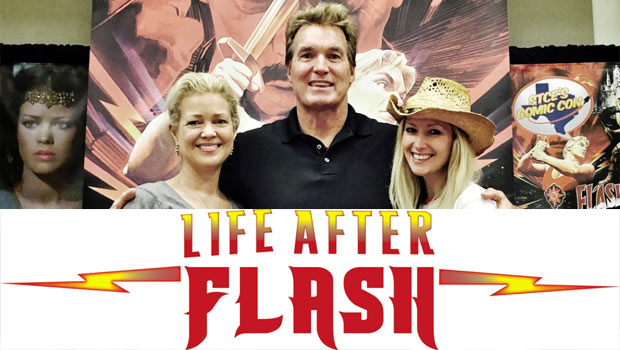 Impulse Gamer recently chatted to director and producer Lisa Downs from the United Kingdom in relation to her upcoming crowd funded documentary entitled LIFE AFTER FLASH. This documentary is a celebration of the 1980 film directed by Mike Hodges about the Saviour of the Universe, Flash Gordon that was brilliantly played by Sam J. Jones and as a result, this movie has a huge fan following across the globe.

Lisa plans to get as many people involved from the original cast and crew, however the heart and soul of this documentary and the 35th Anniversary Reunion is actor Sam J. Jones. While growing up, Lisa also wanted to be Dale Arden (Melody Anderson) from Flash Gordon that eventually led her into the film industry that included documentaries and films, even encouraging her sister to engage in the Test of Manhood as Arbor guided her. Don’t know what this reference is? Well then, you better watch the movie! 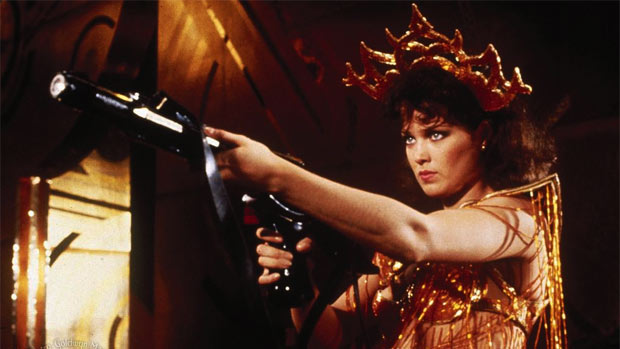 Welcome to Impulse Gamer Lisa and can you tell us what drew you to the 1980 movie Flash Gordon?

I don’t remember the first time I saw it but I remember being at an age where it was just part of my life and it was just amazing. It was the colour, the dialogue and it was this world which you just want to be a part of it. It was also one of those real camp films that you don’t know how to take it at first and I know that when some of the cast watched it back then, they didn’t know how to take it and didn’t know if they should be laughing, crying to taking it seriously.

It’s just one of those really memorable films that as soon as you see it on TV, you always gravitate towards it and can’t help but watch it again. For me, it’s also a nostalgic film and I don’t know how I would react if I saw it now being 32 but because it’s part of my childhood, I remember growing up with it so I think that’s why I have a lot of connections with it. You kind of want to be Dale and you want to fight Ming.

So it’s really hard to explain because I really love every aspect about it. As a kid I really wanted to wear those glamour costumes and drape myself in jewellery. I would take my sister out in the back garden and make her stick her hand in random holes to see what might bite her like the scene in the film <laugh>. 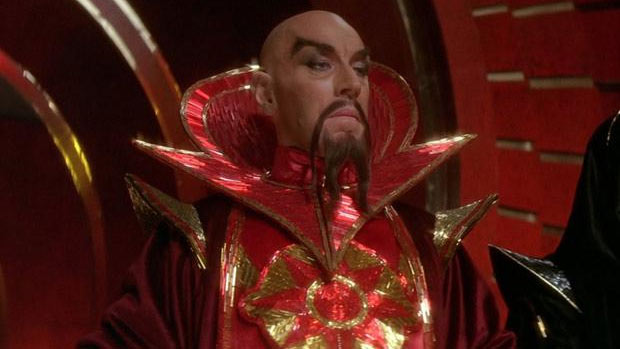 Max Von Sydow as Ming the Merciless in Flash Gordon (1980)

Can you tell us a little bit about your background in the film industry?

From the moment I can remember walking, I wanted to be an actor and to win an Oscar by 19. All through my life, my mum said have a backup career because it’s great that you want to be an actor so I thought the best backup career to have was in television. I actually went to Wagga Wagga University which is Charles Sturt which was interesting <laugh> but amazing as I did a TV production there and it was during my time there that I gravitated towards being behind the camera.

It also helped make the decision for me that I wasn’t very good at acting in the first place <laugh>. So then I’ve been working in television doing travel documentaries in Australia and then came over to London and worked doing travel adventures for the The Long Way Around and now I’m in a position that I want to develop my own work. I like working on other shows and creating things but now I would like start my own work. I’ve directed a feature a couple of years ago and I would love to do more features where I have an idea that I’m passionate about which is what I want to do with Flash,  so it’s a lot of work though <laugh>. 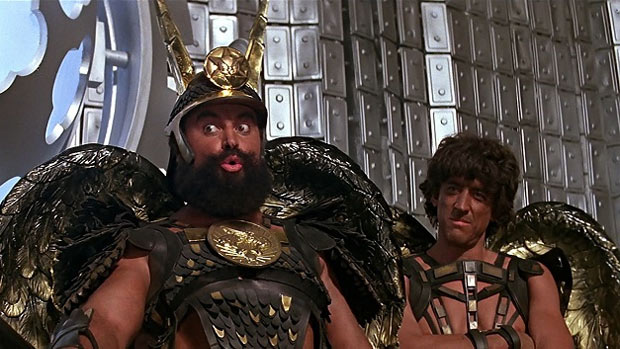 Given that you’re a fan of the film, how did you did you come up with the idea of starting a documentary about Sam and the Flash Gordon?

I’ve always been a massive fan of the film and at a party early last year, I was talking to a friend who is part of a show called The Jump [Channel 4 UK] which is basically celebrities doing ski tricks. Sam was scheduled to be on the show but ended up getting injured and couldn’t do the show and my friend got to know him from that. I was like my god, that’s Flash Gordon and we got talking and I said I would love to do a documentary about what happened to Sam because since the film you don’t know what has happened to him.

So we put a pitch together and originally it was going to be a series like Life After Spock, you know, all these actors who lives have revolved about a character that they’ve played. So the idea just sat dormant for a while because both of us were busy in the media with other projects and then we revisited it. It really happened quite fast after that and it was in October [2014] where I said to her, I really want to get this started and make it into a feature. 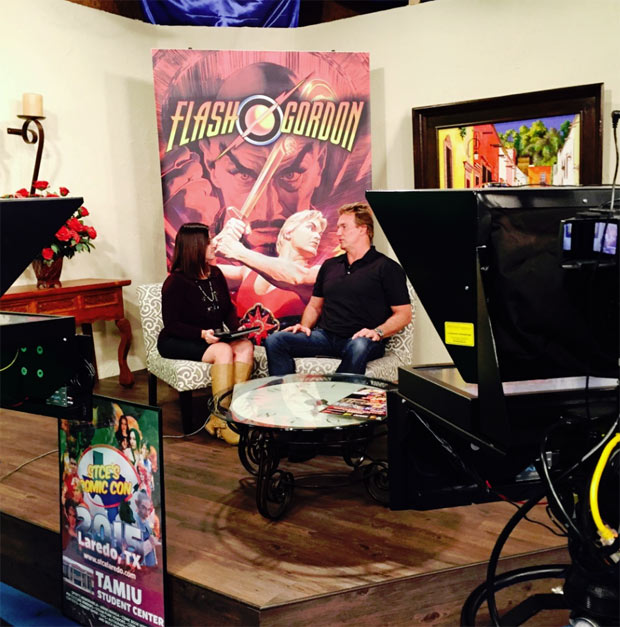 We originally found out about Life After Flash from your original Kickstarter campaign. So why Kickstarter and why did you cancel it?

I wanted to use Kickstarter because you have creative control but never having done a Kickstarter before, I didn’t know what it entailed and it seemed like a good idea. So literally in a month, we had Sam on the phone and told him what we wanted to do. He loved it and his agent loved it. We then arranged to meet him in January to film a teaser for it.

I was very naive at the start as we tried to capture these moments in Sam’s life where he was going to Mexico City and Dubai which didn’t allow me enough time to push the campaign. So looking back now, we kind of reassessed the project and I found out that from someone who does this for a living that you really need 6 months to build up a following which was the reason we cancelled the previous Kickstarter. 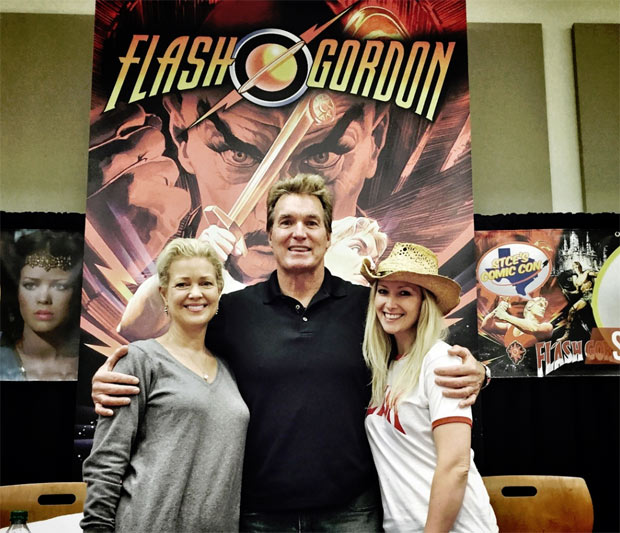 So the idea was to build up social media, getting him into magazines and we will relaunch the Kickstarter in June [2015] when Ted 2 comes out. So I guess I was kind of naive because I thought I would launch it and everyone would go wow, its Flash Gordon but you really need to promote it which I didn’t think about at the time.

So we’re still planning to launch it in June but we may do a smaller Kickstarter in the next couple of weeks with a base amount as we’re in the UK and it would be great to head over to LA to get things started such as interviewing artist Alex Ross and Melody Anderson. Also, the first Kickstarter was done in pounds which I think was our downfall as we should have done it US dollars because that’s where the audience mainly is. 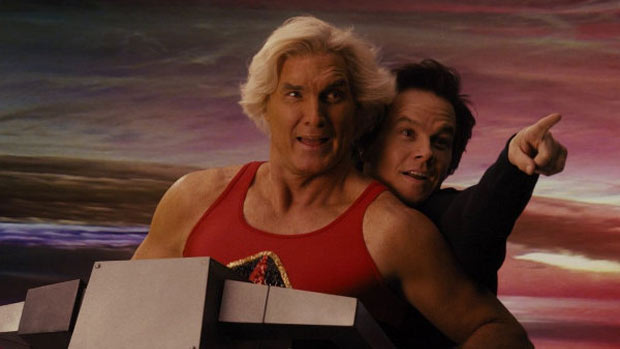 As Sam is an integral part of Life After Flash, who are some of the other actors and crew that you’re hoping to involve?

We plan to have as many people as we can. Sam however is the key and we’ve been with him in January for a few days and we’re working with him almost daily coming up with ideas. We spoke to Melody Anderson in January who said she would love to help in any way possible. Unlike other reunions or documentaries that focus just on the main actors, there’s so many actors in Flash Gordon that you had no idea that were in the film like Kenny Baker, Robby Coltrane or Jim Carter from Downton Abbey. There are just some amazing people who were almost like extras in the film.

So we want to focus on pretty much everybody from the main characters like Timothy Dalton to Max von Sydow right down to the Robby Coltranes. I’m getting really lovely e-mails as well like Trevor Butterfield who is most known for Star Wars but he was a Hawksman in the film and he went on to being a sci-fi special effects artists. So people like him are going to be involved and we’re going to interview him in a couple of weeks. And then we’ve got George Gibbs who went off to win an Oscar for Indiana Jones but he was special effects supervisor on Flash Gordon. So I don’t want to restrict who’s involved and hope to get as many people as we can. 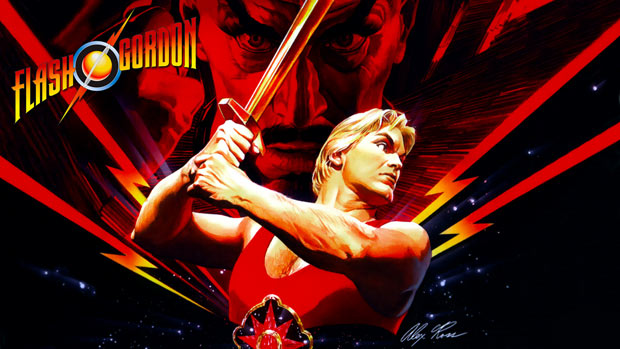 Are you hoping to get Queen involved considering the musical legacy they added to Flash Gordon?

So tell us about the man himself, Sam J Jones?

Sam’s amazing and he’s really funny. He’s so genuine and for some celebrities, it becomes a hassle to talk to fans or do appearances but he loves it! We went out for dinner with Sam, Melody and Ash, one of the producers and he was literally interacting with everyone there, talking to people at the bar, taking pictures.

He’s also dedicated and genuinely wanting to give back to the fans. At first I don’t think he was very keen with the idea of Kickstarter because it was taking fans money. We kind of talked about and it’s really a way to give stuff back to fans and as a fan myself, I really want to make this film for not just me but other fans. I think that with the rewards you can offer fans from Kickstarter are great, like personal training sessions with Sam, coming to premiers, signed posters and merchandise, so he’s really excited about it. 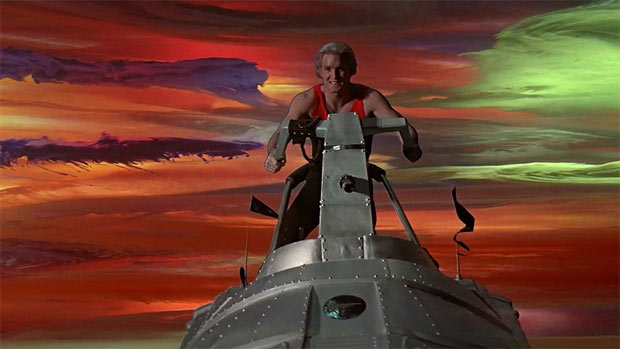 We have our options open and in a perfect world, we would get private funding so we didn’t have to rely on just Kickstarter. I would love to have it as a feature length theatrical release, even if it’s limited and then goes onto DVD, Blu-ray and then those online channels. I’m keeping an open mind and if we got approached by a network for a commercial hour, we would still consider it. I feel this documentary would be perfect to have in the cinema as all the fans comes to screenings as a celebration because I think it’s just more than a TV hour. So in my perfect world, you would see the film in the cinema, followed by the documentary and then it would be released on Blu-ray, DVD and those other formats.

Where can we find out more Lisa?

The Teaser Trailer of Life After Flash

Flash Fact: George Lucas wanted to make a Flash Gordon movie based on the 1930s serials but when he didn’t get the rights, he ended up making Star Wars

Flash Fact: Sam Jones choreographed and performed most of his stunts due to his height

Flash Fact: Comicbook artist Alex Ross was such a huge fan of the movie, he designed a line of action figures for Entertainment Earth

Flash Fact: Sam J Jones spends some of his time in Mexico as a bodyguard 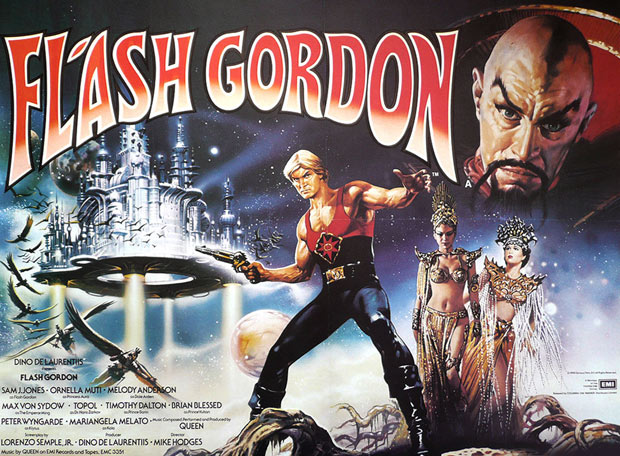