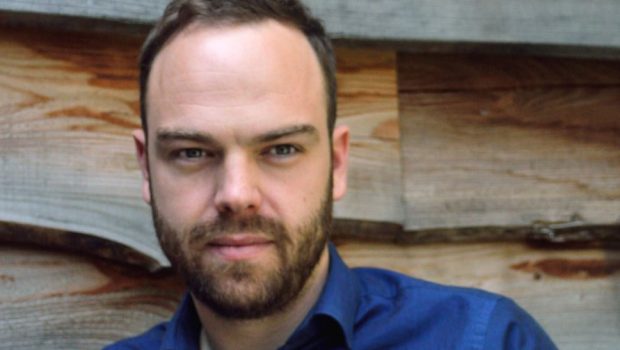 Welcome to Impulse Gamer Liam… so growing up, what was your one go to book?

One of the first books that really grabbed me by the throat and set my hair on fire was Fear and Loathing in Las Vegas by Hunter S. Thompson, which I read when I was around fourteen. Up until then I’d always pictured novelists as these meek, tweed-wearing academics. Yet here was this insane, drug-fuelled maniac rampaging across the US of A in a Hawaiian shirt, putting himself front and centre in the text. The prose felt wild, deranged – dangerous even. I thought: I’m having some of that.

I started out in music, so my first taste of writing was scribbling nonsensical Cobain-esque lyrics over three distorted chords. I spent years hammering a busted guitar in beer-soaked, tinnitus-inducing dives every weekend. In the end I just got sick of it. Bands fall apart and equipment explodes and recording is expensive, but all you need to write a book is a pen or a laptop and your imagination. You can do it anywhere, you don’t need any money, and there’s (rarely) anyone standing at the back of the room lobbing empty bottles of beer at you. Heaven, in other words.

Digital or Print… which do you prefer and why?

Print, every time. Yes, books are cumbersome and expensive and don’t play nicely with water. But so what? Books feels good in your hands. They have weight. Heft. They smell. And when you’re finished reading them, you can pass them on to someone you love. And of course, as a writer, seeing the contents of your head as a physical, brick-like object, is a near mystical experience. Congratulations: you’ve literally thought something into existence. Besides, should the apocalypse strike, it’s going to be books that keep you warm at night. Have you ever tried toasting marshmallows over a burning Kindle? Didn’t think so.

What are you currently reading?

I’m currently reading a debut novel called Black Teeth and a Brilliant Smile by Adelle Stripe. It’s a novelisation of the life of Bradford playwright Andrea Dunbar (writer of Rita, Sue and Bob Too), and it’s really quite special. Somehow Adelle manages to find poetry in the grim underbelly of 1980’s northern England. The discarded chip packets, the crushed cans of larger, the unrelenting drizzle. The writing just sings.

Okay… Broadcast, where did you get your inspirations from?

As a kid growing up in the 90’s, I was obsessed with dystopian novels. Orwell’s 1984. Huxley’s Brave New World. Fahrenheit 451. A Clockwork Orange. Then I grew up and I realised that the future was already here. The endless voyeurism and the illusion of privacy. The opiate-like effects of the internet and social media. The mass conformity and rabid consumerism. The creeping tentacles of the monoculture. Everything, more or less, those books had prophesised. With Broadcast, I was keen to bring a lot of those ideas crashing into the digital age. My biggest hope for the book is that it will inspire some people to, at the very least, question the bland sludge they’re served up on their screens on a daily basis and instead to get outside and interpret the world for themselves. To get out of the echo chamber. To think. To be free.

How did you come up with the protagonist David Callow?

A few readers have told me how much they hate David, but I don’t see him as a bad person. He’s just a product of his environment: bland, narcissistic and hyper-groomed. While I was researching the novel, I watched hours and hours of YouTubers, and after a while they all sorted of blended into a single incessantly jabbering entity. That’s not to say I hate vloggers. In fact, in many ways they’re pretty similar to authors, using the platform that’s available to them to share their opinions with the world. One thing I do find though, and this is probably symptomatic of the First World in general, is their tendency to elevate the petty. Which brand of bottled water is best. Hot make up tips to make you look five years younger. There seems to be few people talking about anything of substance. Historically we’re communicating more than we ever have before, yet no one’s really saying anything. It’s just noise. Just one long digital fart.

Your idea is actually closer to reality than sci-fi, how far do you think implants are?

You know, I started out writing the novel thinking the idea of the ‘mind reading’ was kind of goofy. Yet the more I looked into it, the more convinced I am that we’ll see this sort of technology in the next few decades. A lot of the groundwork is already laid. We can look at a fMRI scan, run it through a pattern classifier and get a ball park about the kind things people are thinking about. Of course, it’s still early days at the moment, but I’m pretty sure that, at the least, we’ll all be unlocking our phones with our minds by the middle of the next decade. And after that, it’s only a short hop, skip and a jump to a point where we’re sharing our every thought with the world’s biggest tech companies. It’s utterly terrifying. 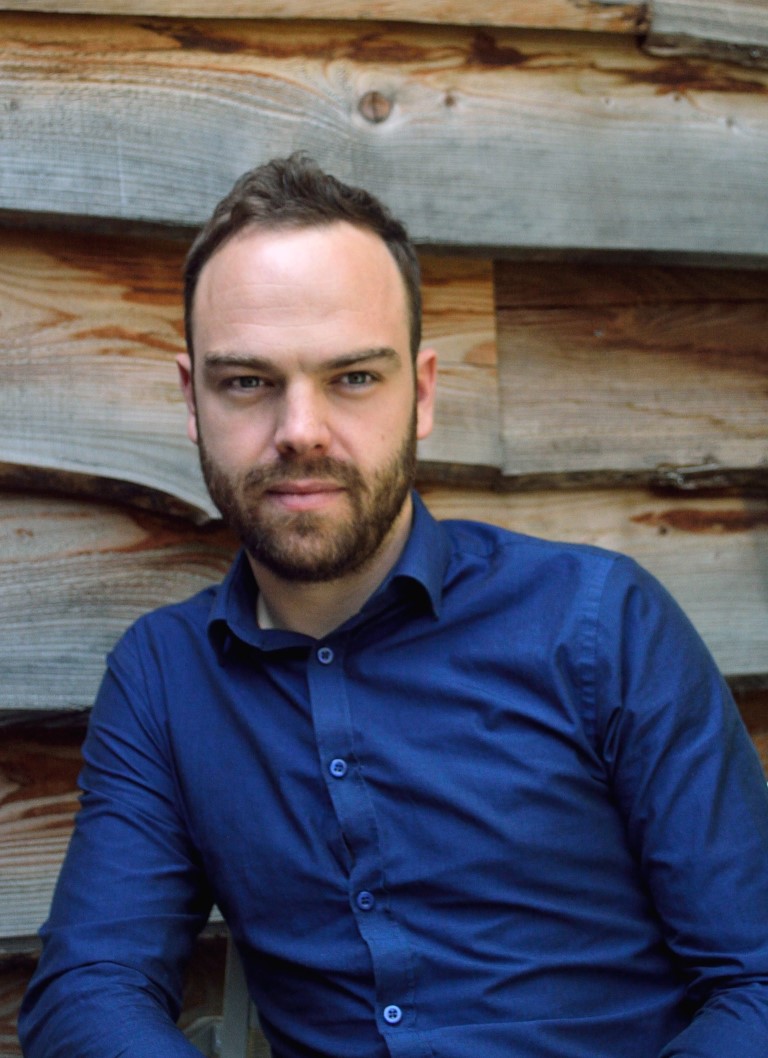 Without spoiling the story, tell us a little about Broadcast?

A successful vlogger agrees to have a microchip implanted in his brain that allows his every thought and emotion to be streamed live across the world, 24-hours a day. What could possibly go wrong, eh? Someone recently described it as an update of the Faustus myth, and I think that’s pretty neat. David signs a deal to become the most famous man on the planet, and of course he ends up getting much, much more than he bargains for…

What was the biggest challenge in writing Broadcast?

Without a doubt, the research. I’m no scientist, and I frequently found myself neck deep in some pretty heavy academic journals. I spoke to a neurologist, a psychologist and computer programmer along the way, all of whom had conflicting thoughts about how the chip would work. It’s worth getting it as accurate as possible though. It drives me insane when I spot something in a book or a film that I know for sure is factually incorrect. Even if it goes over the head of 99.9% of people who read it, that 0.01% will appreciate those sleepless nights I spent puzzling over medical journals and microchip schematics. Probably.

The reaction to the novel has honestly been overwhelming. I’ve spoken to people all over the world who’ve told me that the novel has resonated with them, or has helped put into words a vague anxiety they’ve been feeling for years. People also keep telling me how thrilling they’ve found it. That they’ve sat and read the whole thing in one go, or stayed up all night to finish it. It’s both humbling and mind-blowing to think my little book has managed to get inside people’s heads like that (all puns intended.)

Lastly and without spoiling the story of Broadcast, what should readers be ‘looking for’?

When I set out to write Broadcast, I made a conscious decision to toy with the reader’s sense of reality, much in the way that David is played with by the MindCast Corporation. It’s been compared to both The Matrix and Inception, and while I think that tonally it’s very different to either of those movies, I like to keep the ground shifting under people’s feet. To hide a pit of vipers under the carpet, or smuggle a petrol bomb in a bunch of flowers. That’s half the fun of reading, I think. Never quite knowing if it’s going to explode in your face. 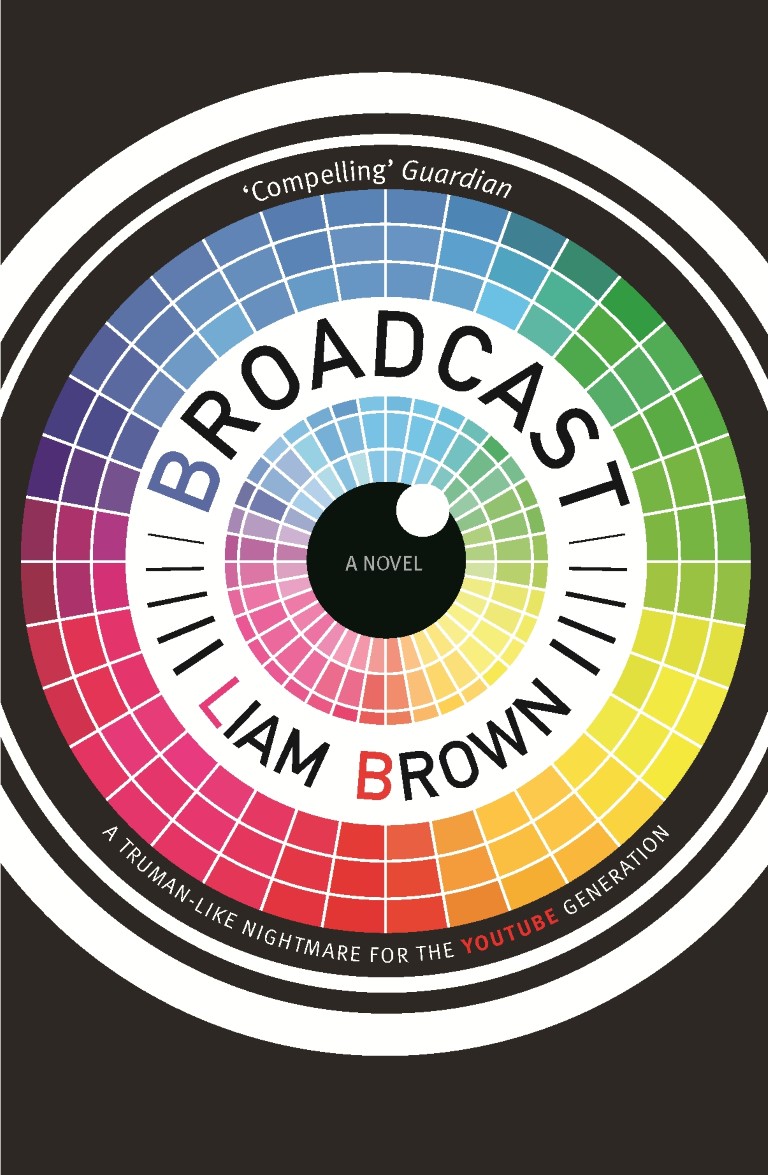