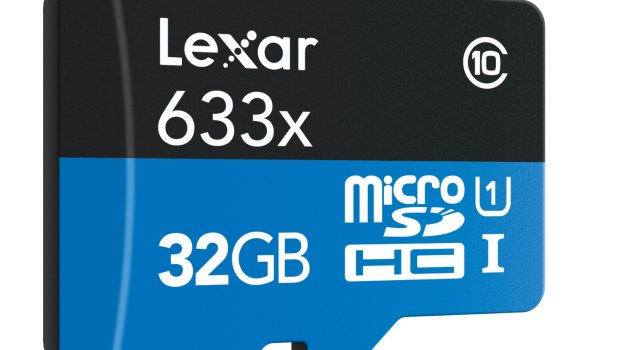 What to know before take-off

For aspiring and professional photographers, drones are the newest go-to tool in the ever-expanding arsenal of photography. Whether it’s the traditional quadcopter, glider, or a personal selfie assistant, these flying photography platforms have democratised aerial photographs. Professionals and novices alike can now shoot high-quality aerial shots at an affordable price. Of course, this democratisation has caused some growing pains in the drone community.

VP and GM of Lexar, Wes Brewer, explained, “Drone photography, like still photography, takes preparation—if not more so. Capturing beautiful flybys and overhead shots require a new set of skills foreign to most professional photographers. Before you make a run for the nearest park to try your hand as a drone pilot, make sure you’re prepared.”

Brewer highlighted a few key items to check off pre-flight as he continued, “Bring more, not higher-capacity, microSD cards. Most novice drone operators believe bigger is better when it comes to on-board microSD memory cards. While larger cards can capture more footage at a higher quality, they are not necessarily the best choice for drone photography for a few reasons. With a higher-capacity card, there is the temptation to shoot the bulk of your day’s work on a single card. That’s a fine choice in the studio, but put the same card 400 feet in the air over water and, well, your chances of losing that drone are about as high as the drone itself.

Instead, consider having several lower-capacity cards with faster read speeds on hand and then swap them out with every flight once they’re full. With a combination of smaller capacity cards with faster read speeds as well as a handy card reader, you will be surprised how fast you’ll be able to download your videos and get the best out of each card. For example, a popular drone like the DJI Phantom 4 can shoot over 1000 4K quality stills without filling up a 32GB card. There’s a cost vs. loss analysis that must be made—err on the side of caution: go smaller, not larger.”

Then there’s the issue of planning your route before you take to the sky as Brewer explained, “It’s an easily overlooked step, especially for first-time pilots, but it’s important to plan your route before you fly. Many amateur pilots will be tempted to “figure it out from the air,” but battery life is a real constraint and your time in the air will be limited. What landmarks will you pass? Where should the camera be focused and at what time? These are the questions you should ask on the ground, not in the air.”

Another important reason to plan your routes is to avoid any obstacles in your flight path. Flying around tall building, power lines, or crowds requires special considerations—drone operators have made mistakes in the past. Although some higher-end drones advertise autonomous flight, this technology only works when flying forward and should not be relied upon to keep you out of trouble.

Finally, pay close attention to the position of the sun during your flights. Lighting subjects is one of the first lessons photographers learn, and drone photography is no different. Shooting close to noon can produce harsh lighting on subjects and even cause a phenomenon known as “prop shadow.” To avoid these conditions, shoot during early or later hours of the day and avoid flying towards the sun.

Wes Brewer concluded, “It’s wonderful to see more people adopting drone photography, but that interest has also garnered the attention of lawmakers. As drones become more popular and ubiquitous, regulations will continue to tighten so it’s always good to check the current laws. Drone photography is an exciting new hobby and, for some, a career. Like any artistic medium, there are still many lessons to be learned and creative experiments waiting to be made. As drone photography matures, I expect we’ll see new, creative uses of the technology. It’s a brand-new medium up for grabs.”