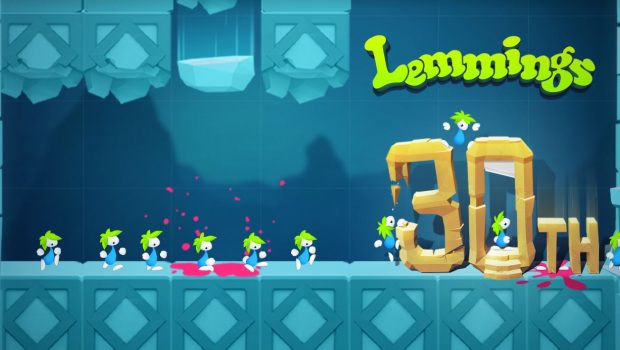 ‘LEMMINGS – CAN YOU DIG IT?’ 30TH ANNIVERSARY DOCUMENTARY RELEASED

A new documentary that shines a light on the iconic video game Lemmings will premiere on YouTube on Monday, February 14th at 12pm GMT, following on from its gala screening at Dundee Contemporary Arts theatre in December.

Lemmings, which in 2021 celebrated its 30th birthday, is part of the Britsoft establishment. Originally developed by DMA Design in Dundee (which went on to create the Grand Theft Auto franchise), it was first published for the Commodore Amiga by Liverpool-based Psygnosis on February 14th 1991 and has made its way to many other platforms since, including Sony’s PlayStation and, most recently, mobile.

The documentary, Lemmings: Can You Dig It? celebrates this icon of Scottish and UK games culture by speaking to the people behind its original success, while investigating its legacy in gameplay and taking a look at how it inspired some of the world’s biggest games franchises ever since.

Among the DMA team members, games industry execs, media and superfans featured in the documentary are:-

The film was commissioned by Lemmings publisher Exient and is directed by leading video game film producer Richard Wilcox of That Video Company.

“We’re absolutely thrilled to be making Lemmings: Can You Dig It? available on general release,” said Jamie Wotton, Creative Marketing Manager at Exient. “It has been an absolute joy to watch the Lemmings story unfold through hundreds of hours of interview footage with the original DMA Design development team, video game industry execs and fans. The film celebrates everything that made the original game so special, including the city of Dundee in which it was made. And it celebrates the important place these little critters still have in popular culture.”

Exient is an independent publisher of games on mobile devices based in the UK and Malta, committed to bringing world renowned IP to the free-to-play mobile space. Our unique, self-funded approach makes us both a great place to work and a great company to partner with. For more information, visit https://www.exient.com