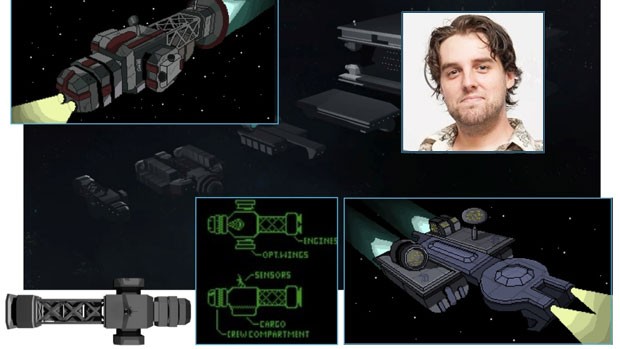 Welcome to Impulse Leigh and also PAX AUS 2015… so tell us how you became involved in the gaming industry?

I got my start working for Take Two Interactive, parent company of Rockstar Games. I worked for them for 9 years in PR, leaving shortly after Red Dead Redemption launched to embark on a fresh start in a new part of the gaming world. I began work part time as a games journalist, writing for a bunch of different magazines and web sites, and started my own indie game studio with my brother Rohan: Flat Earth Games.

I was really into early 90s PC Games. The birth of the FPS and RTS, adventure games of all shapes and sizes, and any platformers I could get my hands on. Biggest ones though were Heros Quest, Dune 2, Wolfenstein/Doom/Duke Nukem 3D/Quake, The original Sonic the Hedgehog Trilogy, Toejam and Earl (look it up), and the Civilization series. 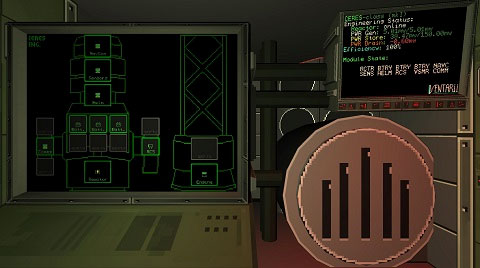 Other than my parents being good enough to give me and my brother an old XT which require us to learn how to use DOS in order to play games, I think it was just a natural thing. My brother and I grew up making games out of everything. When we’d play with army men in the dirt outside, we’d give them stats and apply meta-games and rules to it. When we had friends over to pay in our backyard, we made makeshift houses, hammered bottle tops until they were flat and spray-painted them gold and silver, and turned out yard into a live-action medieval RPG world. So I guess this stuff was just always something we wanted to do.

With PAX Aus, what are you most looking forward to?

PAX is always a great way to rejuvenate. Nothing prepares you for a year in game dev more than just a few days of meeting people face to face, seeing them play your game and watching them get excited. It’s just a way to recharge your spirit for the year ahead.

And you don’t do it alone either! It’s you and a myriad of other developers. You can share stories, meet new people and get to experience snippets of the lives of devs from all over the world! And given how rough game development can be (years of work can be reduced to snarky comments online in seconds), it’s important that devs prop each other up and help one another out. What better way to do that than an event like PAX? You only need to look at how many panels this year are dedicated to cooperating to combat mental health in game dev and game playing to see how supportive and wonderful the gaming community can be! 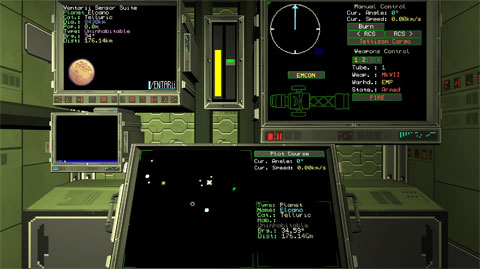 Tell us about your new game Objects in Space?

It’s a space trading game where we treat the ships like submarines instead of like planes. So you’re in this tiny, claustrophobic little bridge with monitors everywhere and you’re sweating your ass off as a tiny little blip on a radar gets closer and closer. We’re trying to recreate the tension and excitement of things like Das Boot or The Hunt For Red October, but in a game world which feels right at home along side things like Privateer, Elite: Dangerous or Firefly!

What was the biggest challenge in creating it?

So far, the biggest challenge has been figuring out how to build a game world this size. We’ve been writing the game for years. There’s a wiki now with thousands of pages, just on the backstory for it all. That has taken a long time and a lot of tedious work to make sure it’s all consistent. Now that we’ve got a writing team on board (7 other new people doing work on it part time), the challenge will be keeping it all coherent and consistent as the story gets larger and larger.

The trickiest part of that was trying to do it all while going through a horrible period of clinical depression. I don’t think many people understand just how common severe, at times devastating depression is in all kinds of gaming. Journalists, developers, the players themselves. This shit is really ubiquitous, so it’s hugely important to talk about it.

The most rewarding part so far was taking it to show it off at AVCon in Adelaide. That was its first real trial by fire. We were petrified that people would look at it, see that there was no main view screen to shoot out of and just not get it.

To our surprise, even people who’d never played submarine games before we’re loving it! We got heaps of people to join our mailing list, and a really wide variety of people found what was fun about it really quickly.

We breathed a huge collective sigh of relief when that happened. 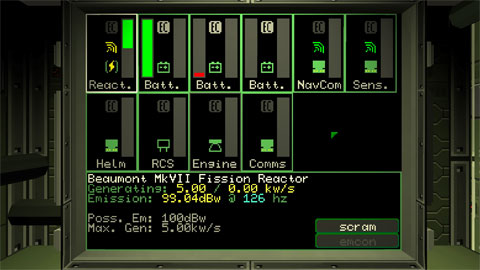 I’m in love with the idea of ripping open my ship and customising each module to make it work just the way I like it. I was a fiend for an old game called Street Rod back in the 90s, which allowed you to build your own street racing car out of old used parts from ads in newspapers.

We’ve gone for a similar thing in Objects, but you’re building your own junker of a space ship.

Want it totally solar powered? Go for it? Want to rip out a major component for more cargo space? Sure. Want to hide illegal goods in hard to see nooks and crannies on your ship? This is the right game for you.

So what do you think sets Objects in Space apart from its competitors?

The combat hasn’t been done like this before. Think of it this way: if you love the world’s and economies of space trading games, but you always found the academy, first person combat to be too taxing on our reflexes, Objects is your game.

You’ll spend your time navigating the ship rather than piloting it. You’ll be choosing which nebulas to travel through and when you’re going through pirate-heavy areas, choosing which ship’s systems to shut down to lower your emissions and make you harder to detect. It’s about stealth, strategy and tactics.

Lastly, why should gamers be playing Objects in Space?

When it comes out, you should play it if you ever wanted the kind of granular control over your ship that makes you really feel like it’s your own. You’ll be able to personalise and customise heaps of aspects of it, from the way your power is managed to the specific brand of communications software you choose to run.

It’ll be out in 2016 at some point, but anyone who’s keen to get updates can join our mailing list at objectsgame.com.