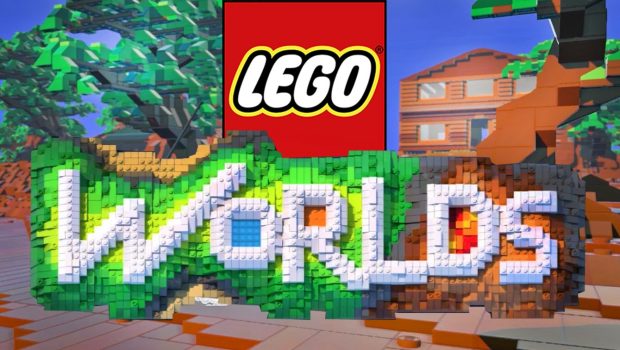 Warner Bros. Interactive Entertainment, TT Games and The LEGO® Group has announced that LEGO® Worlds, the LEGO play experience made entirely of digital LEGO® bricks, is adding online multiplayer.  The new online multiplayer functionality allows two players to explore each other’s worlds together, create together, and engage in cooperative and competitive play experiences that players can build themselves. LEGO® Worlds is currently available for PC through STEAM Early Access.

“Building and playing with friends is at the core of LEGO® play and we’re excited to bring online multiplayer into LEGO® Worlds,” said Jonathan Smith, Head of Production, TT Games. “The online multiplayer experience offers unlimited possibilities for players to explore one another’s worlds, build and share creations, and just have fun together.”

“We are very pleased to see how LEGO® Worlds has grown after a year in Early Access,” Says Niels Jørgensen, Vice President, Digital Games for the LEGO® Group. “It’s a fantastic way to engage with LEGO® play digitally, and we are excited for the added social component that online multiplayer will bring to the gaming community.”

Developed by TT Games, LEGO® Worlds is an open environment of procedurally-generated worlds made entirely of LEGO® bricks where players create anything they can imagine.  Entire worlds and creations are brought to life with characters and creatures that interact with each other as well as the player in unexpected ways. From cowboys riding giraffes to vampires scaring polar bears, to steamrollers, racing cars, and colossal digging machines, there are always interesting and exciting ways for players to explore the vast worlds. Go on a quest for a king, protect a farmer from a zombie invasion or build a home for a caveman, there are always new things to uncover as you explore each new world.

The game is in STEAM Early Access with the goal of allowing the gaming community to provide feedback for continual improvements and the integration of additional content over time. Players who want to join the Early Access experience can download the STEAM client at http://store.steampowered.com/ then visit the LEGO® Worlds product page at the following link to download the game: http://store.steampowered.com/app/332310.  The game is available at a reduced price during Early Access with a limited time offer to buy one and get one free until 3:00 a.m. AEST on Saturday, June 18th. What better way to introduce a friend to LEGO® Worlds and start playing together.