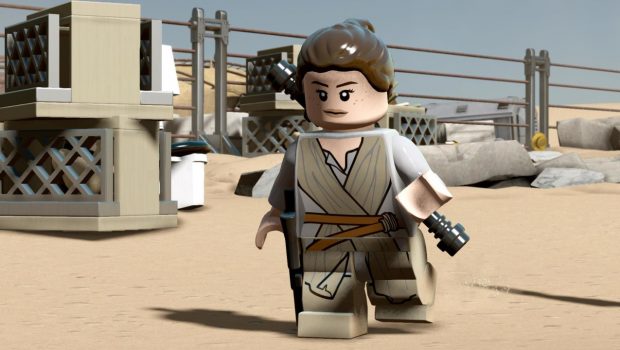 Warner Bros. Interactive Entertainment has announced a free downloadable game demo for LEGO® Star Wars™: The Force Awakens™. The Niima Outpost Demo allows fans and newcomers to join Rey, Finn and BB-8 as they evade the First Order in their daring escape from Jakku. As part of this exciting content, players can experience new features coming to LEGO Star Wars: The Force Awakens, including taking on Stormtroopers in intense Blaster Battles, utilising Multi-Builds to explore the wreckage of Imperial Star Destroyers and piloting the Millennium Falcon in dogfights against First Order Tie fighters.

The Niima Outpost Demo is available for PlayStation®4 players via the PlayStation Store.

The Demo is available for Xbox One player via the Xbox Marketplace.

LEGO® Star Wars™: The Force Awakens will be released on June 29, 2016 and marks the triumphant return of the No. 1 LEGO® videogame franchise, immersing fans in the new Star Wars™ adventure like never before. Players can relive the epic action from the blockbuster film in a way that only LEGO® can offer, featuring storylines from Star Wars: The Force Awakens, retold through the clever and witty LEGO® lens. The game will also feature playable content exploring previously untold adventures set in the time leading up to Star Wars: The Force Awakens. The game will be available for PlayStation®4, PlayStation®3, PlayStation®Vita, Xbox One, Xbox 360, Wii U™, Nintendo 3DS™ and Steam (Windows PC).