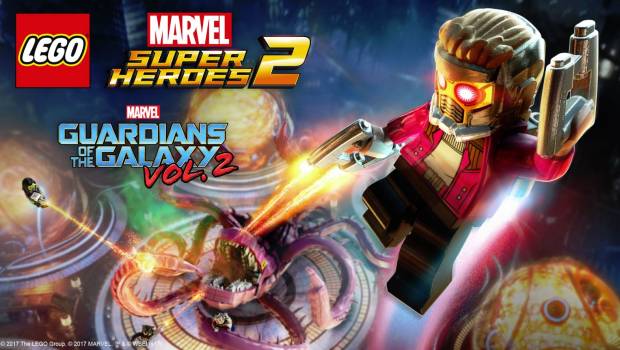 LEGO® Marvel Super Heroes 2 is an all-new, epic adventure and sequel to the smash hit, LEGO® Marvel Super Heroes. This original branching storyline, co-written by award-winning comics writer Kurt Busiek, transports players into a cosmic battle across a myriad of Marvel locations ripped from time and space into the incredible Open Hub World of Chronopolis. Packed with signature LEGO® humor for fans of all ages, gamers will go head-to-head with the time-travelling Kang the Conqueror in this fun-filled journey spanning the Marvel Universe.

The Guardians of the Galaxy Vol. 2 pack can be purchased separately or as part of the Season Pass which includes six Level Packs and four Character Packs. The Season Pass is available for $ 22.95 or as part of the LEGO® Marvel Super Heroes 2 Deluxe Edition, which features the main game, access to the Classic Guardians of the Galaxy Character Pack, and an exclusive Giant-Man LEGO® Minifigure (Minifigure only available in the physical version of the Deluxe Edition).