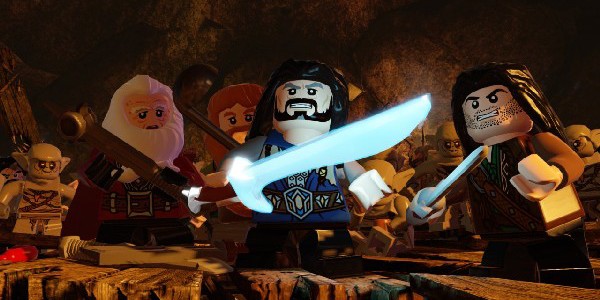 Thorin’s 13 team up for a hilarious and exciting adventure toward the Dwarven Kingdom of Erebor.  Check out the new LEGO® The Hobbit™ videogame trailer from Warner Bros. Interactive Entertainment released today:

Grab a buddy and prepare to trek across Middle-earth this Spring as LEGO The Hobbit comes to the Xbox One, Xbox 360, PlayStation®4, PlayStation®3, PlayStation®Vita, the Wii U™, Nintendo 3DS™ and Windows PC.  As seen in this humorous trailer, LEGO The Hobbit takes teamwork to a whole new level, allowing players to “buddy-up” as Thorin Oakenshield and Company of Dwarves perform new abilities and special attack moves.