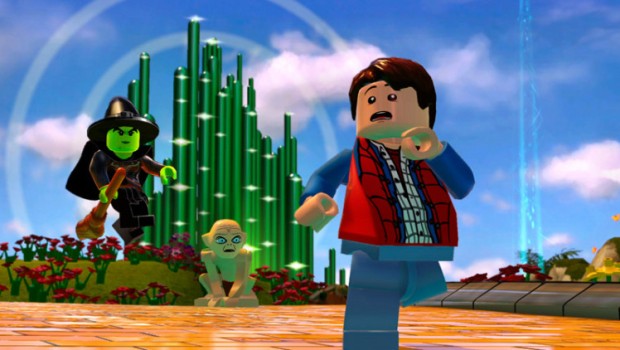 Available in Australia on Monday, September 28, LEGO Dimensions will allow players to not only experience worlds based on DC Comics, The Lord of the Rings, The LEGO Movie, LEGO Ninjago, Back to the Future, The Wizard of Oz, Scooby-Doo! LEGO Chima, Doctor Who, Jurassic World, Ghostbusters, The Simpsons, Portal and Midway Arcade, but also combine different characters and re-buildable vehicles and gadgets from these worlds in any way that they choose – there are no rules. Imagine Kai, the Ninjago ninja, driving the Mystery Machine through Metropolis or Legolas battling ghosts alongside Homer Simpson in New York!

The LEGO Dimensions Starter Pack includes the videogame, bricks to build the LEGO Gateway, three LEGO Minifigures including Batman, Gandalf and Wyldstyle, plus the LEGO Batmobile, and the revolutionary LEGO Toy Pad. The Toy Pad allows players to transport LEGO Dimensions minifigures and models into the game, as well as control in-game action and solve puzzles by moving the physical toys.  Plus, every LEGO vehicle and gadget in LEGO Dimensions can be physically rebuilt twice, for a total of three different objects, each with unique in-game abilities, which adds massive variety to the gameplay.

Warner Bros. Interactive Entertainment also revealed that a new LEGO Dimensions YouTube series will be launching in the early hours tomorrow (Friday) at 2 am AEST on the game’s YouTube channel, http://www.youtube.com/LEGODimensions. The weekly video series will help fans learn more about the game and will serve as a destination for unboxings and insider information. Each episode, premiering every Friday morning, will focus on a unique theme beginning with the first ever Starter Pack unboxing today.