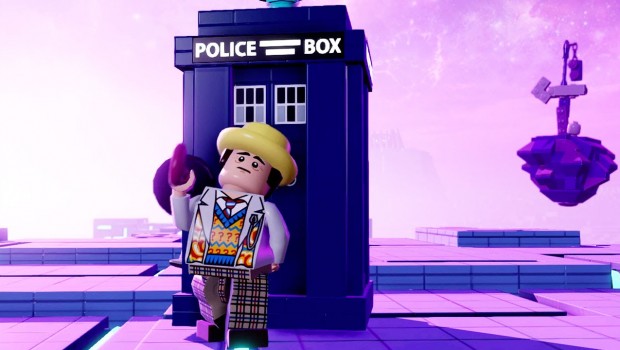 For the first time in any LEGO videogame, characters and vehicles from some of the biggest entertainment brands in the universe converge in LEGO® Dimensions™.  In a new short trailer illustrating the game’s crazy, possible mash-ups, Dr. Venkman from Ghostbusters™, Doc Brown from Back to the Future™, and The Doctor from the long running British science fiction television series Doctor Who, unexpectedly come together.

Fans can play through individual levels based on these popular properties in the game’s main story. Players can also explore one distinct, freeplay Adventure World for each of these entertainment properties with any LEGO Dimensions minifigure belonging to that brand.  Each Adventure World provides players access to additional gameplay content and exploration throughout some of the most iconic locations from each brand’s universe.

Ghostbusters fans who want to spookify their LEGO Dimensions experience beyond the Ghostbusters level in the LEGO Dimensions Starter Pack can add the Ghostbusters Level Pack featuring “A Spook Central Adventure!” a mission-based Ghostbusters level where players must fight Gozer and save New York City.  The pack comes with a buildable Peter Venkman LEGO minifigure and Proton Pack, Ecto-1 and Ghost Trap – all playable in the game. Players can replay through the game and other levels to trap ghosts and access more collectibles in their journey to save the LEGO multiverse.

Players who want to head back to the future in an epic LEGO Dimensions adventure, can add the Back to the Future Level Pack which unlocks the exclusive “A Hill Valley Time Travel Adventure” level. The pack comes with a buildable Marty McFly LEGO minifigure, DeLorean Time Machine which can travel through time and access areas, plus a Hoverboard.  Players can also expand their LEGO Dimensions gameplay with the Back to the Future Doc Brown Fun Pack, featuring a buildable Doc Brown minifigure and rebuildable Traveling Time Train.

Fans who want more of the Whoniverse beyond the Doctor Who level in the LEGO Dimensions Starter Pack can purchase the Doctor Who Level Pack which includes “The Dalek Extermination of Earth,” an additional mission-based Doctor Who level, along with a 12th Doctor LEGO minifigure, TARDIS that can travel across time and space, and K-9 – all playable in the game. Gamers can play as any of the twelve doctors. When the 12th Doctor is defeated in the level, he returns as the 1st Doctor and then regenerates back up to the 12th Doctor again.  The interior of the TARDIS will reflect the corresponding Doctor the player embodies or can be manually selected.  There’s even a jukebox inside where players can choose among different versions of the Doctor Who theme music. Players can further upgrade their LEGO Dimensions gameplay with the Doctor Who Cyberman Fun Pack, featuring a buildable Cyberman minifigure and rebuildable Dalek.