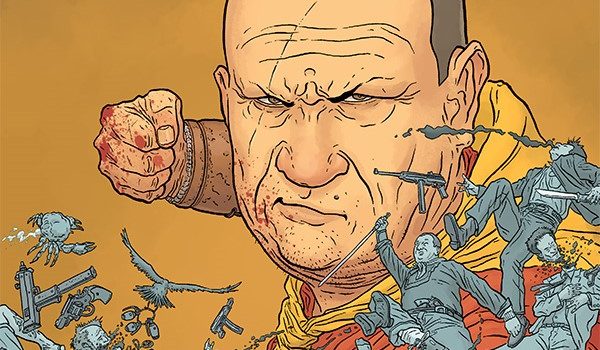 Get a kung-fu grip on yourself as Geof Darrow’s blood-spattered killing machine the Shaolin Cowboy returns this April in a new four-issue mini-series to be published by Dark Horse Comics. The Shaolin Cowboy: Who’ll Stop the Reign? will be written and illustrated by Darrow, who has won the Inkpot Award and won (and lost) multiple Eisner Awards, and colored by the Eisner Award-winning Dave Stewart. The first issue will have a main cover by Darrow and Stewart and a variant cover by the award-winning Frank Miller, Darrow’s co-contributor on Hard Boiled and Big Guy and Rusty the Boy Robot. In The Shaolin Cowboy: Who’ll Stop the Reign?, the titular hero of the series finds that his road to hell is paved not with good intentions but old nemeses hell bent on bloody revenge.

In addition to the chainsaw-fueled adventures of the Shaolin Cowboy, Darrow is renowned for his early work with Moebius, his designs for television (including Super Friends, Richie Rich, and Pac-Man) and films (including The Matrix and Speed Racer), his collaborations with Frank Miller and Andrew Vachss, and his iconic and detailed comic book covers.

“For a press release about a comic known for not having much dialogue, this press release sure has a lot of words in it,” said Darrow.

Before he was a Three-time Eisner Award winner, Geof Darrow was born in Cedar Rapids, IA. He is an ex-altar boy, garden mechanic and boom operator on a soft-core adult film. He resides in Chicago IL and his artwork inspires and disillusions fans and artists alike:

“Obsessively detailed, hysterically ultraviolent … Darrow has no truck with fripperies like plot, which would only get in the way of his exceptional draftsmanship and genius for staging Grand Guignol fight scenes.”—NEW YORK TIMES BOOK REVIEW

“No one draws violence quite like Geof Darrow, and nothing he’s drawn is quite as violent as his latest graphic novel.”—NY MAG’s VULTURE

“A cold shower wake up call to those who forgot that there are pictures that go with all of the colorful rhetoric.”—AIN’T IT COOL NEWS

“Who says you can’t learn things from comic books? For example, in “Shaolin Cowboy” … I’ve learned that monks aren’t too chatty.—BLOODY DISGUSTING

“To say that Geof Darrow is unique is a bit of an understatement. I think he’s just plain brilliant.”—Mike Mignola 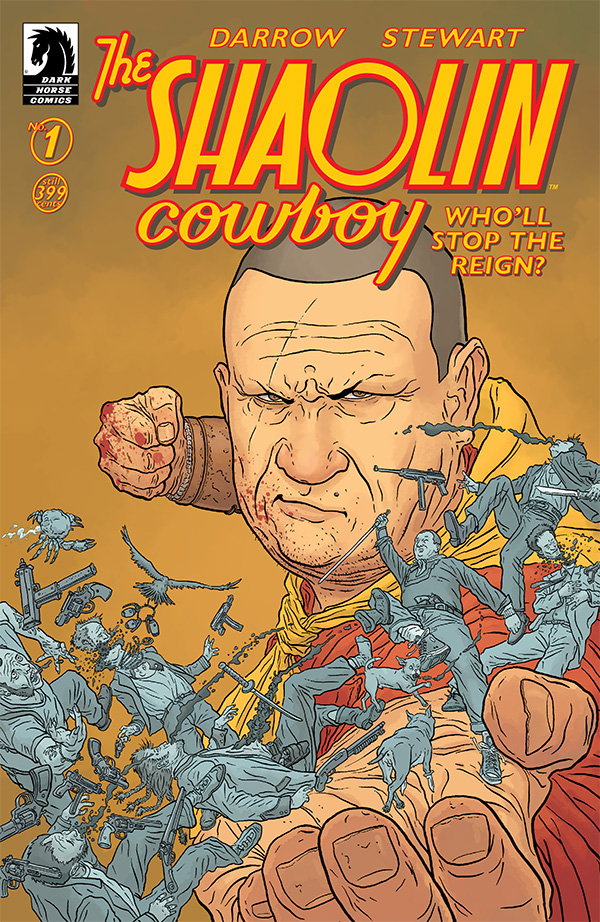