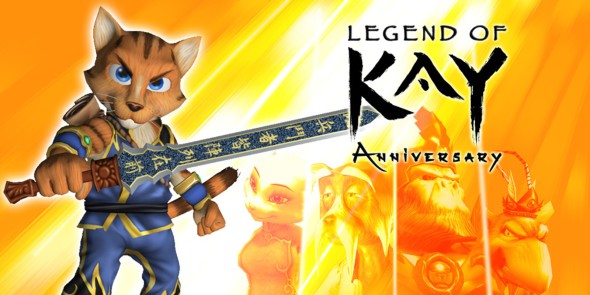 Legend of Kay out now on Nintendo Switch

Hooray for Kay! Today he starts searching for the Way and if you help him he may in the end save the day! The quirky Action-RPG Legend of Kay is now out on Nintendo Switch.

Since its initial release on the PS2™, Legend of Kay has been well received by both critics and consumers alike and was subsequently ported to the Nintendo DS™. 10 years later, the game has been remastered and ported to PC/Mac, PS3™, Xbox 360 and PS4™ and Wii U™ under the name Legend of Kay Anniversary.

As Legend of Kay’s timeless style and genre haven’t lost their appeal – and THQ Nordic wants to continue its strategy of making the game available to players of all kinds of platforms – here it is!