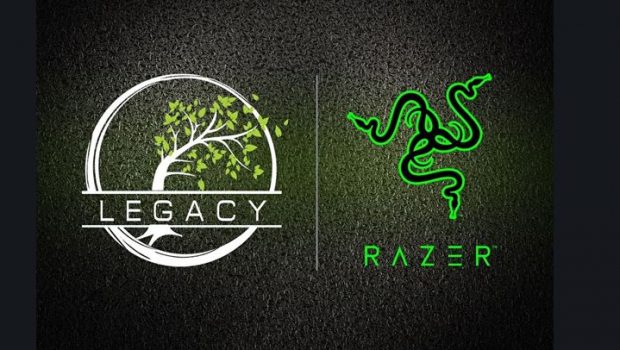 Melbourne, AU – Legacy Esports is proud to announce a partnership with the world’s leading lifestyle brand for gamers, Razer.

With a fan base that spans every continent, Razer has designed and built the world’s largest gamer-focused ecosystem of hardware, software and services. As the official peripheral partner, Razer will sponsor Legacy with its award-winning high-performance gaming peripherals.

The Adelaide Football Club, known as ‘The Crows’, acquired Legacy Esports in May 2017, becoming the first Australian professional sports team to enter into Esports.

The Crows Chief Operating Officer Nigel Smart heads up the Club’s esports program and said the partnership with Razer would provide a boost to the Legacy team.

“It’s vital that our players have access to the best peripherals and equipment in market and this new partnership with Razer will ensure this,” Smart said. “Razer is a strong global brand offering high-performance hardware and we look forward to working with them on a number of initiatives to engage with esports fans, while also bringing esports to the wider Australian market.”

“As a pioneer in esports, Razer has been supporting up-and-coming esports teams since the beginning,” said Lalor McMahon, Marketing Manager for Australia and New Zealand at Razer. “Legacy Esports, with the Adelaide Football Club, is making great strides towards bringing Australian esports to the global stage and we look forward to supporting them on their journey.”

Sydney-based Legacy Esports is one of eight top-tier League of Legends professional teams competing in the Oceanic Pro League (OPL).

Esports is a rapidly emerging market in Australia, with independent reports showing a participation base of more than 1.5 million fans engaging with gaming in Australia.