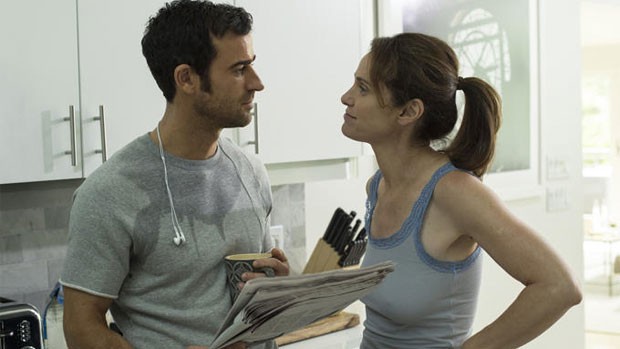 The Leftovers Season One Blu-ray Review

Summary: The Leftovers Season One on blu-ray is a compelling, confronting drama against the backdrop of unimaginable loss.

The fervent religiosity of the United States sets it apart from most Western nations – whereas Christianity for the most part has fallen to secular gods, in America, outside the coastal urban fringes, belief in God runs deep.

So it is no surprise that amongst evangelicals, there is a belief in the Rapture, where at the end of days an ‘elect’, who have lived by the Word of God, will ascend to Heaven. Those who left behind will have to live with the consequences of their sins on a world God has turned His back on.

The Leftovers isn’t the first work to be inspired by the concept. A more literal adaptation is the series of ‘Left Behind’ books which mined this belief exceedingly well, selling tens of millions of copies to sympathetic readers aching for a similar Rapture to occur soon in our fallen existence.

While mining the same material, The Leftovers takes a different approach. Instead of pyrotechnics and armies of the Anti-Christ fighting the forces of good as one sees in the books, instead creators Damon Lindelof and Tom Perotta (who wrote the book this first season is based on) see a new world grappling with a terrible event against which relationships ebb and flow. 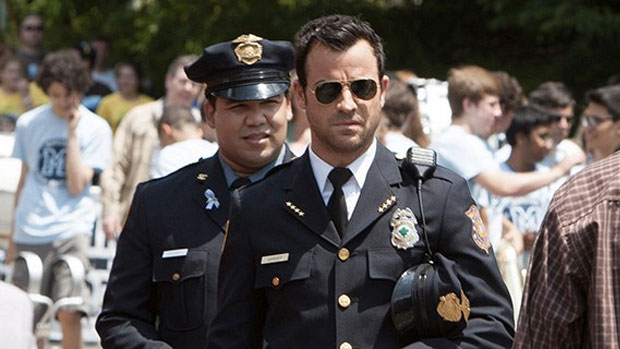 Three years before the pilot, across the world 140 million people simultaneously upped and vanished. The consequences are a society limping along in the face of the overwhelming tragedy, while grieving family members attempt to come to terms with their loss in a variety of different ways.

The story of season one focuses mainly on the Garvey family, and their response to what is widely known as the Sudden Departure. The father, Kevin Garvey (Justin Theroux) is the sheriff of Mapleton, a town in New York State. His father, beautifully played by Scot Glenn, is mentally ill, and his son worries that the strain of his job and this strange new world will lead to his own mental illness.

Over the course of the ten episodes we see how the people of Mapleton have come to terms with what happened three years ago. For instance, Christopher Eccleston plays Matt Jamison, a former reverend struggling to understand why he, as a good Christian, didn’t ascend to heaven. His response, to expose the sins of those who did is strangely compelling and touchingly human. His sister, Nora (Carrie Coon), lost all members of her family during the event, and her struggles to overcome her almost overwhelming grief makes for a confronting performance.

Society, as depicted in the series, is a grim, dour affair as everyone who has been touched by the event struggles, in their own way, to come to terms with what has happened. We see groups of disaffected youths, unable to deal with the impact of the event, coalesce together and engage in the sort of behaviour that would make their parents’ hair turn white. Others join a cult headed by Holy Wayne (Paterson Joseph) who may hold miraculous healing powers but is also takes advantage of his position with the younger females of his flock. 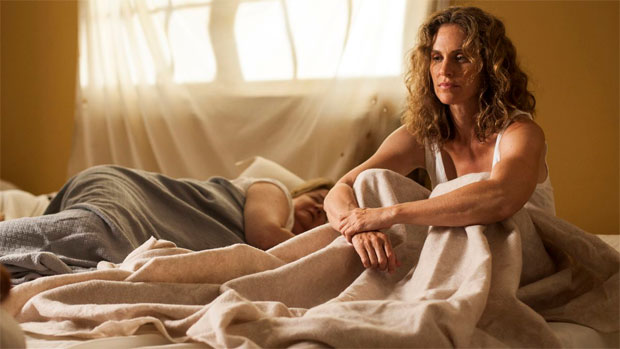 For the adults, the corrosive effects of the event are even worse. Faced with a world turned upside down by the disappearance of so many people, they struggle with their religious faith, with their relationships with their children and with each other. One of the main impacts is the development of the Guilty Remnant cult, whose purpose is to ensure those left behind don’t forget what happened. This cult, who counts amongst its members Garvey’ wife, plays a critical role throughout the season, and are responsible for the most macabre, confronting event during the last episode.

There is a subtle strangeness to the atmosphere of the series. The notion that so many people can simply disappear undermines our sense of what is normal and this is shown in the struggles of the residents of Mapleton. Compounding this is a weird, fantasy element that runs right through the episodes. Are the voices Garvey’s father hears real? Why is a man shooting the town’s dogs? What are the true plans of the Guilty Remnant? Does Holy Wayne actually have a healing touch? These are all things that add to the atmosphere of tension and unease that run through the season.

The Leftovers is difficult viewing. A lot is left unsaid, forcing the viewer to make their own mind up about what is happening and why. Underlying it is a terrible sense of grief and hurt at the inexplicable mystery that has blighted the lives of everyone in the series. To have lost one or two or all of your loved ones is a horrifying prospect, compounded by the lack of any sane explanation to ease the sorrow. While The Leftovers confronts, it is a very effective drama that examines the lives of people living under extreme stress and tension. Not for the faint of heart, it is a superior drama

Two commentaries and four featurettes comprise the special features of this set.

Visual: the crispness of the winter setting is beautifully realised in blu-ray. The natural light and location settings work well to evoke a town seemingly cut off from reality, much like the lives of its inhabitants.
Audio: The soundtrack by Max Richter has been justly praised for bringing an extra dimension to season one, and is ably demonstrated here on this blu ray.
Features: two commentaries and four featurettes comprise the special features of this set. 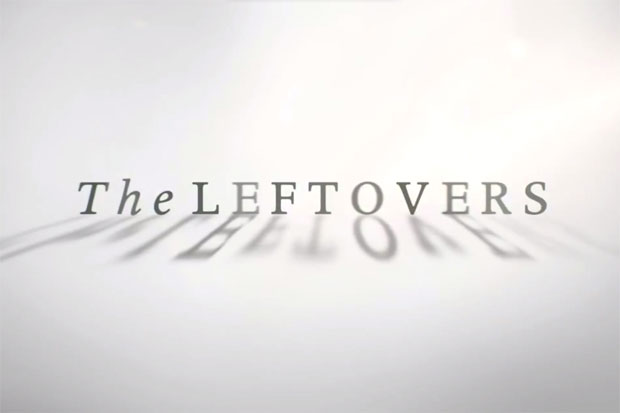