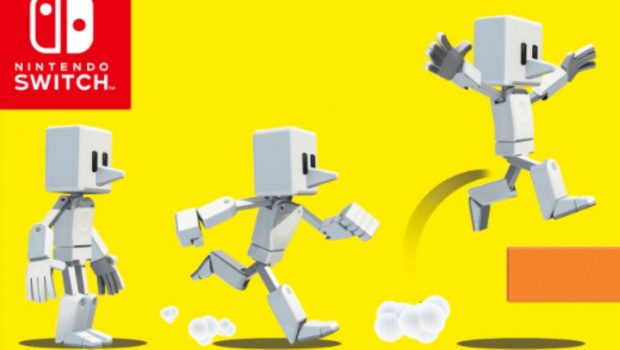 Have you ever dreamed of creating your own video game? That dream can become a reality with Game Builder Garage, launching exclusively for Nintendo Switch* today. With this new game launching in Australia and New Zealand, kids and parents – and everyone in between! – can have fun learning to create and share** their own video games. By connecting colourful creatures called Nodon, anyone can enjoy learning how to create their own game through fun, guided lessons that cover the basics of visual game programming. And best of all, no prior experience is necessary! To get an idea of what Nodon look like and how they work in the game, as well as getting a taste of the types of games players can create, check out the Game Builder Garage – Overview Trailer (Nintendo Switch) trailer.

Nodon are creatures with big personalities that are used to help build your games from the ground up. There are dozens of Nodon in Game Builder Garage, each with a unique function, and players can learn how to build games just by connecting them in various ways. For example, aspiring game designers can create and move a human-like character with an analogue stick just by connecting Stick Nodon with Person Nodon! Thus players will get to learn the basics of game programming in a fun and intuitive way. It’s also possible to create a wide variety of different types of video games too – from side-scrolling platformers, to kart racers, to space blasters!

Game Builder Garage launches today and is available at select retailers for a suggested retail price of AU$49.95 and in Nintendo eShop for AU$49.95 / NZ$54.95.

In Game Builder Garage for Nintendo Switch, kids and parents, and everyone in between, can have fun by learning to create and share their own video games. By connecting colourful creatures called Nodon, anyone can start designing through fun, guided lessons that cover the basics of visual game programming with no prior experience needed.