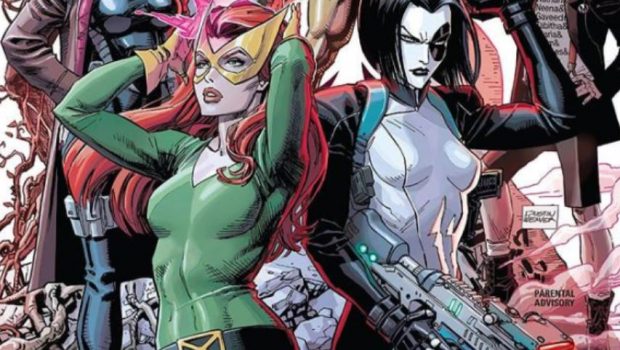 LEARN THE HIGH PRICE OF A NEW DAWN IN THE X-FORCE #1 LAUNCH TRAILER!

The birth of the fledgling nation of Krakoa in the pages of Jonathan Hickman’s House of X has ushered in a new era of mutant sovereignty. With new diplomatic considerations to be wary of, X-Force has been transformed from rogue strikeforce to government-backed secret service agency! Wolverine, Beast, Colossus, Marvel Girl, Domino, Sage, Kid Omega, and Black Tom join forces to undertake the clandestine missions that must be completed quickly and quietly.

“It is brutal. This is a book that pulls no punches, and that’s what we’ve been waiting to see since House of X and Powers of X,” says Cebulski.

“X-Force is going to be the most shadow-soaked, the most poisonous, the most troublesome and upsetting, but it’ll also be a hell of a lot of fun,” promises Percy.

X-Force is on sale now  in comic shops, on the Marvel Comics App, and on Marvel.com! To find a comic shop near you, visit www.comicshoplocator.com or call 1-888-comicbook.