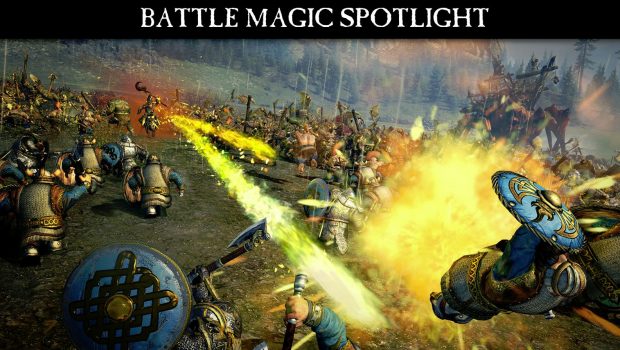 The Winds of Magic blow across all of the Old World and beyond. Dangerous and unpredictable, yet supremely powerful in the right hands, they add an explosive new layer of tactical depth to the colossal battles available in Total War WARHAMMER.

Featuring brand new footage of magic in action, this in-depth look at the magic of Total War: Warhammer not only showcases its devastating effects, but reveals how best to utilize the spells at your disposal to thwart your enemies and turn the tide of battle in your favour. The true potential of some spells for instance is only unlocked when combined with smart tactical manoeuvres.

Whether pinning down oncoming enemies with the Net of Amyntok or raising zombies from beneath a skirmishing cavalry unit, the possibilities are as numerous as they are deadly. With eight wildly different Lores of Magic at their fingertips, from the volatile Lore of Fire to the green fury of the Big Waaagh!, players will be able to create spectacular and deeply satisfying moments, forging their own legend and mastery of the battlefield.

Total War: WARHAMMER is out on the 24th May, for more details visit www.totalwar.com