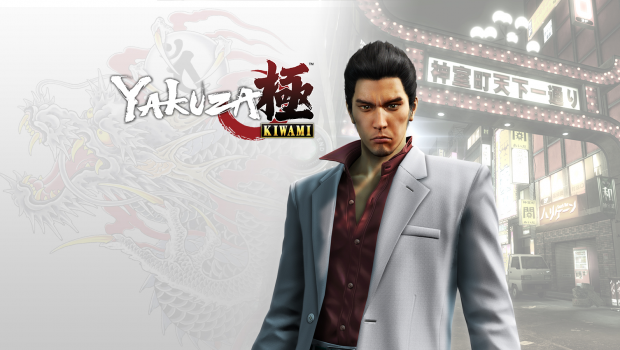 Learn How To Fight And Play Through The Streets Of Kamurocho In The New Yakuza Kiwami Trailer!

Plus, Check Out The Dramatic Third Comic In Our Ten-Issue Series At The Yakuza Experience Website!

Sydney, Australia – July 21st – Can’t wait to jump back into the rough-and-tumble world of Yakuza? How about a flashy new trailer to tide you over for now?

Our new video shows off some of the fun activities you can indulge in to pass the time in Yakuza Kiwami! It should come as no surprise that the streets are filled with thugs who are just asking for a beat down, but luckily Kiryu is equipped with four deadly fighting techniques waiting to be unleashed. Educate enemies in the art of fisticuffs with the balanced Brawler, all-powerful Beast, lightning-quick Rush, and unstoppable Dragon styles. Once the riffraff has been dealt with, cool off by exploring the various vices that Kamurocho offers! Classic minigames like Mahjong, pool, and karaoke are back, but new distractions like Pocket Circuit car racing, new hostesses, MesuKing: Battle Bug Beauties, and more can be enjoyed as Kiryu passes the time between fights.

Oh, and be sure to check out the Yakuza Experience website, a Yakuza portal where the world of Yakuza can be explored via an interactive timeline and character map. It’s a great resource to use if you want to learn about the history, characters, and families in the series. The site also features a 10-issue digital comic, starting with some of the key events of Yakuza 0 and taking you along for the ride all the way up to Yakuza 6: The Song of Life (coming to PlayStation®4 early next year). Speaking of the comic, we’ve uploaded the third issue today! It sets the stage for Yakuza Kiwami, with an all new flash back and perhaps the most life-changing moment in Kiryu’s life.

Without further ado, learn what makes Kamurocho such an enticing destination for Yakuza members in the trailer below!

Yakuza Kiwami will be released on PlayStation 4 on August 29 for $69.95. In addition to Yakuza 0, Yakuza Kiwami provides an excellent starting point for those who have always heard about the series but have yet to try it. It preserves the charm of old-school, PS2-era beat-em-up gameplay, but deftly combines it with a hard-boiled crime drama punctuated with the liveliness of Kamurocho – the fictional red-light district of Tokyo the game is set in – and all the distractions that a red-light district can offer. The game is rated CTC. For more information about Yakuza Kiwami and the Yakuza series, please visit yakuza.sega.com/kiwami.

Pre-orders/first run copies of the physical version will come packaged in a stunning SteelBook®. Take a look at the glamshot in the trailer!