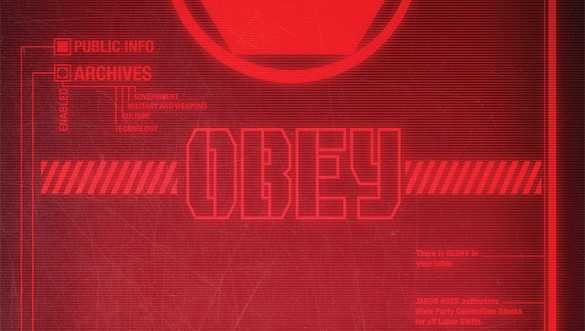 A deep dive into the complex world of LAZARUS, and the roots of the Hock Family.

The Cull has ended and the world has changed. The Carlyle Family’s most implacable foe, Hock, stands as determined and vicious as ever. Venture to the lands east of the Mississippi, where Doctor Hock has the prescription to cure all of your ills…if you can survive the treatment.

“All of us were a little overwhelmed with the response we received on the first Sourcebook—about the Carlyle Family,” said Rucka. “We knew we wanted to do more of them when we were working on that one, and now that the opportunity has come, Hock was obvious to be next. Whether or not the Carlyle Family are the ‘good guys’ is an open question, but I think everyone agrees that Hock is decidedly ‘bad.’”

Rucka continued: “Well, now we’re just gonna complicate things a little more! And it’s been amazing fun getting into the nuts and bolts of Hock’s drug-controlled, Big Brother-esque state. This one goes pretty dark, but as with almost everything LAZARUS, it’s also—I think, at least—disturbingly funny.”

“There is so much that we put into each issue of LAZARUS that no one ever gets a chance to see,” said Lark. “Especially in the world of Hock, there were so many things that Eric designed that never saw the light of day. So hopefully it will be a real treat for the readers to get a glimpse of the behind-the-scenes work that went into creating the look and feel of the world of Hock. You may even find out why Greg and I spent an entire evening convulsed with laughter over Eric’s designs for the signage in Hock’s buildings!”

“LAZARUS combines family dynamics and fast-paced, athletic combat like no other comic.” —Newsarama

“LAZARUS embodies everything I want in a comic book: dystopian near-future, hard sci-fi, badass female protagonist, contemporary social and political themes, blistering action, a touch of pathos, art that makes me feel like I can smell the cordite and taste the dirt.” —Comicosity

“Many a contemporary dystopian comic flirts with the idea of a world driven to ruin by greed, but few do so in as relevant a manner as LAZARUS.” —IGN

“Mixes political issues, social issues, science fiction and criminal intrigue into one pot… This is worth checking out.” —ComicList

“This is a comic that above all else grapples with what is perhaps the ultimate question of speculative fiction, and certainly one of the oldest—what if we didn’t need to die?” —Nerdspan 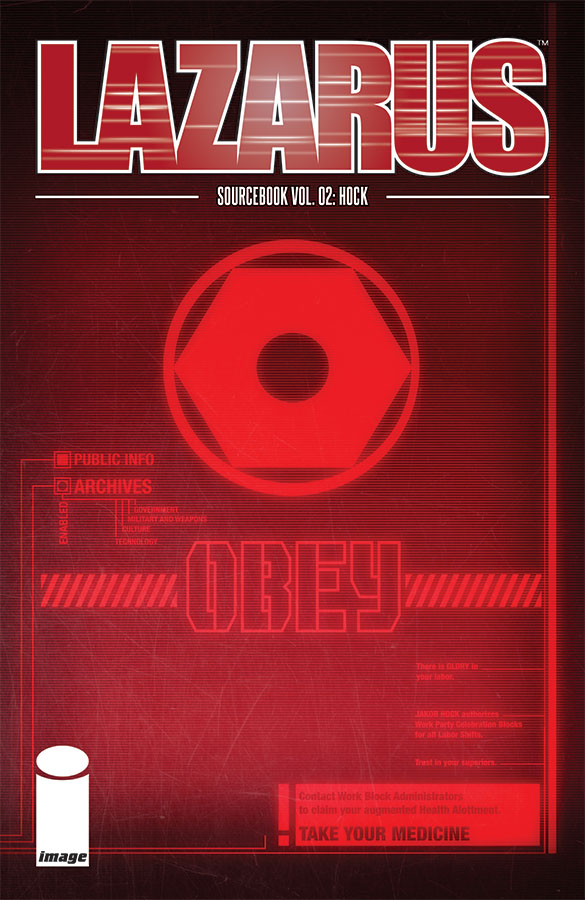