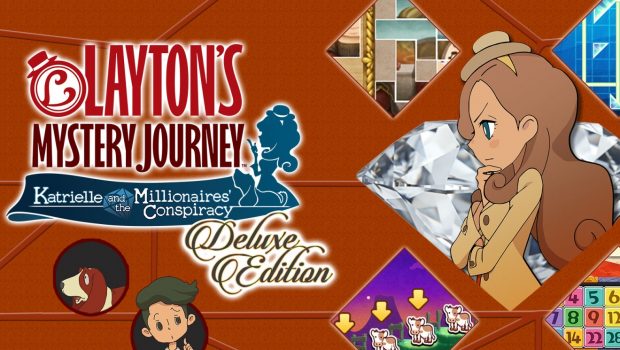 Summary: Just like Katrielle, this game has a reputation to live up to. And it is indeed a Layton game, just with different strengths and weaknesses. 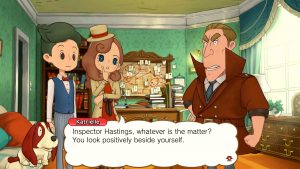 The Layton story, oddly enough, is comparable to Star Wars. After the first trilogy, a prequel trilogy highlighted the good Professor’s origin story. Despite this, both trilogies left burning questions about the future of the cast unanswered. Now here’s part seven, the beginning of the next generation. Millionaires’ Conspiracy follows Layton’s daughter Katrielle as she solves mysteries in the London of the not-too-distant future (I think?). Kat’s old man is nowhere to be found in this game at all- and his absence is a mystery. Combined with the sudden bizarre appearance of a talking dog with amnesia, Millionaires’ Conspiracy sets up plot points that we can only hope are addressed in a sequel. Unfortunately, there’s not much story in this game. The titular Millionaires’ Conspiracy only refers to the final case. 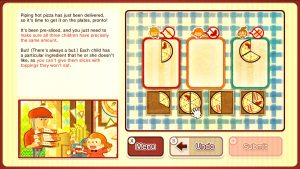 As far as gameplay goes, there’s actually quite a bit to talk about. Layton has always been a series that lived and died on the DS with its dual screen & touch screen features. How do you adapt a game like that to be played with a controller on the TV, in a way that still works fine in Handheld Mode? It proves to be quite an interesting case, no pun intended (okay, maybe slightly intended). As it turns out, the touch screen-based puzzles function well with a controller. It mightn’t be as intuitive as a touch screen, but the puzzles are redesigned to be presented on a single screen, and simple cursor controls replace the need to write or draw the solution to the puzzles. In addition, the classic touch screen controls aren’t completely gone either, as they still work in Handheld Mode. That makes it my recommended way to play Millionaires’ Conspiracy on Switch. It really couldn’t have worked better on any other home console. 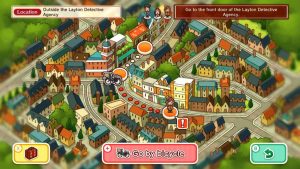 Gameplay consists of moving throughout picturesque locations of London searching for clues, witnesses and puzzles to solve. Each case sort of solves itself as you progress through it naturally. You don’t have to focus too much on the story if you don’t want, as Katrielle will figure everything out on her own. The brain scratchers lie entirely in the puzzles you find by progressing, and boy, there are a lot of puzzles in this game. There are puzzles hidden in chimney sweeps, puzzles you need to solve to get a witness to talk to you, and side puzzles to do if you’re bored.

The puzzles are such a focus, that you can even abandon the case you’re working on to go find puzzles you missed earlier. The story, setting, the charming music, the cutscenes and overall personality of the game is just bonus content. Every Layton game is an interactive puzzle book with an anime mystery story as a reward for your trouble. While Millionaires’ Conspiracy is no different, that’s not a bad thing. 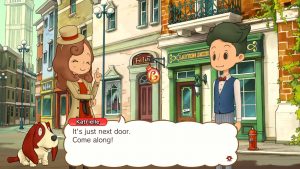 Overall, I’d say that while Millionaires’ Conspiracy wasn’t a necessary game to port to Switch, it’s a good demonstration for how future Layton games could work on the system. It leaves me with hope that the franchise has a future after the DS and 3DS; that we may yet have that big pay-off that Millionaires’ Conspiracy so cheekily left us without. The upgrade to HD visuals isn’t anything to write home about. The 3DS game already looked fantastic and there wasn’t much to improve, minus the resolution. But if that’s what you look for in a puzzle game, like a talking dog with amnesia, you’re barking up the wrong tree. This game is a worthy time waster, especially if you never caught the original version. 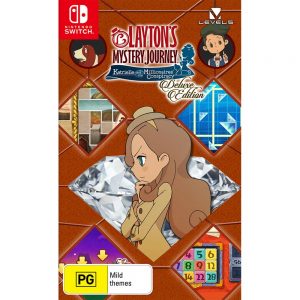