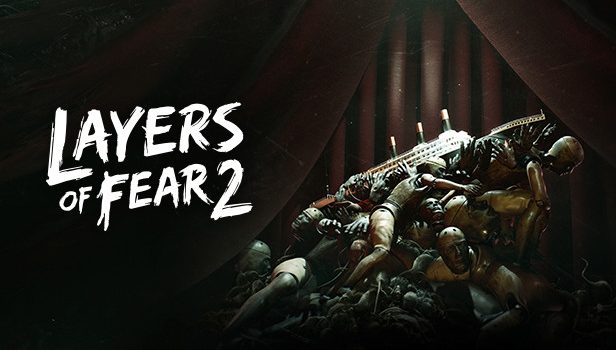 Summary: What Layers of Fear 2 lacks in meaningful gameplay it makes up in tense, atmospheric worldbuilding

When you think of Nintendo’s humble, family-friendly Switch, quality horror games don’t immediately spring to mind. It has decent ports of Outlast, Amnesia and Little Nightmares, but it’s swarmed with so much mobile-quality shovelware the idea of trudging through the eshop is a scary prospect in itself. Queue the Layers of Fear series, more specifically, Layers of Fear 2, which happens to be both a successful port, and a genuinely tense experience, one that pushes the series to the forefront of indie horror gaming alongside its contemporaries. 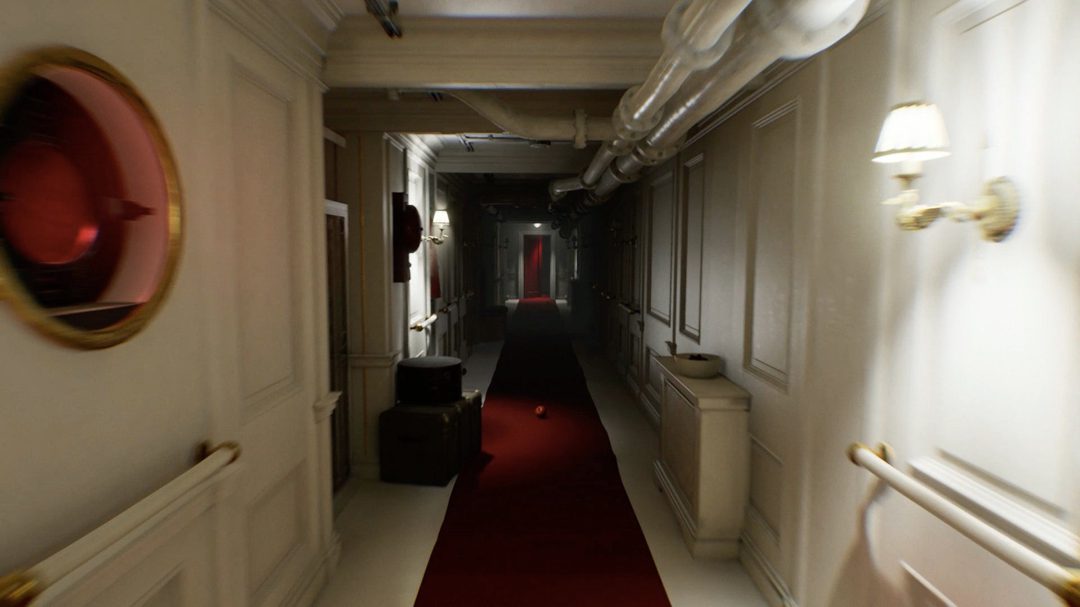 But let’s cut to the chase. If you’re reading this, there’s only one thing you want to know; is Layers of Fear 2 scary? Honestly, yeah. As a seasoned horror fan, I don’t spook easily, but once I’d begun unraveling the mysteries of the tense, claustrophobic setting, the constant jumpscares really began to catch me off guard. Set on an (apparently) abandoned boat, you take on the role of an actor, sent to the ship to get a feel of your latest role in a serious case of method acting. Split into five acts, each one beginning at the same location, each loop delves deeper into your creepy location and the director’s reason for sending you there.

Drip fed over the eight hour adventure there’s enough crumbs of intrigue to keep you interested throughout, but the real winner in Layers of Fear 2 is the setting. Tight corridors, creaky doors, dilapidated film sets (complete with an abundance of creepy mannequins) – there’s a foreboding sense of dread throughout, made more intoxicating by a full voice cast, haunting soundtrack and developers unafraid to mess with the status quo.

You’d be hastened to think the confines of the boat could become repetitive (especially with the Groundhog Day looping of each act), but to Layers of Fear’s merit, it rarely becomes stagnant, after all, this is a horror game, and messing with the psych of the player is at the forefront of what it sets out to do. Open one door, find an out-of-place well that the Ring’s Samara would be happy to find herself in, another, sends you into a monochrome series of hallways designed to really mess with your mind. 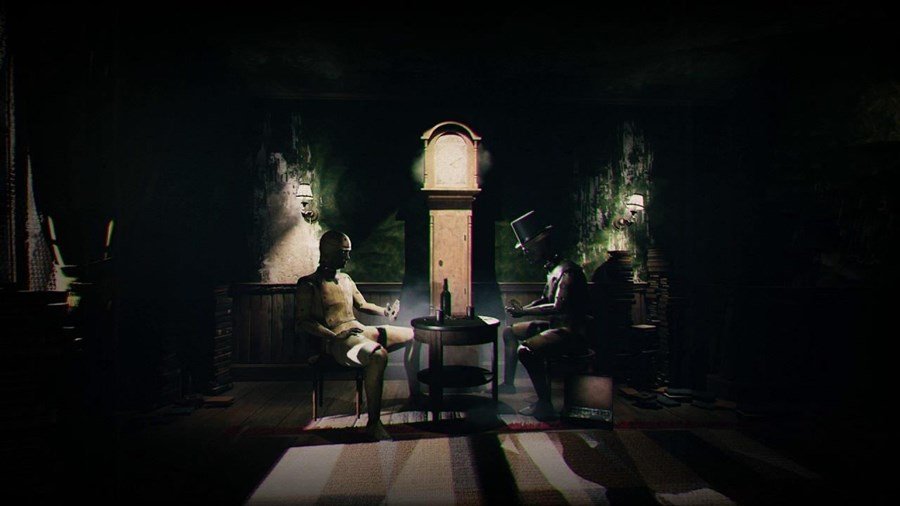 Layers of Fear 2 is all about presentation, but backing up fantastic level design is great storytelling and vibrant voice acting. Most acts are well paced, just tantalising you with new information to shed light on the overarching storyline, and although the middle acts are a little bumpy, it culminates in a genuinely interesting and satisfying conclusion. There are also multiple endings, apparently, but to be honest the journey to these isn’t so clear and through my two playthroughs I received the same ending twice.

Perhaps one of my favorite things about Layers of Fear 2 is its commitment to worldbuilding. Some of the best story beats are garnered through the extra details, the snippets of the people that once wondered through the boat. I found myself completed invested, while listening to two siblings adventures through the ship, going from the merriment and joy of childhood, to the sinister haunting truth of the ships past in, often, unsettling outcomes.

But it’s all well and good being spooked, atmosphere, it has in spades, but the actual gameplay is at times, uneven. It can be a little awkward, utilising the ZR button to interact with objects, grasp doors, pull and push objects to solve puzzles – more often then not, it feels clumsy. It’s a little jarring at times, if I’m honest, for example removing a wall plug in a simple puzzle turned into a monotonous task because the controls act with no real weight, it’s all floppy arms and awkward turns of door knobs that feel unnatural to pull off. 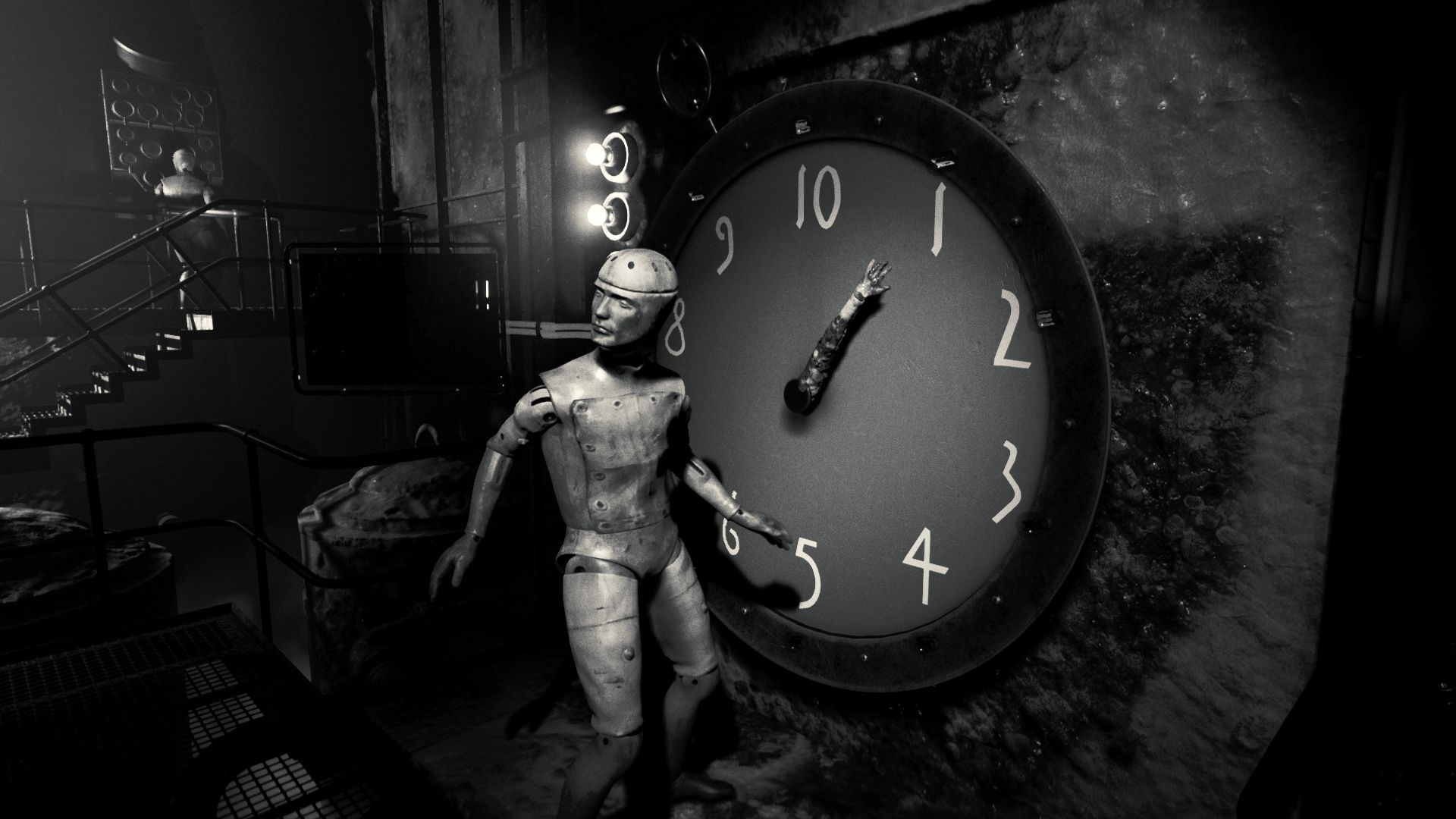 Speaking of puzzles, there’s some corkers in the mix, real mind bending head scratchers, but there’s also a fair few duds that are either far too easy or simply don’t make sense. Early on, you’re tasked with finding a code to unlock a padlocked door, the only items in the room, a children’s drawing and pirate headpiece. The code? In a hole in the ceiling, with no relevance to the former red herrings. The same goes for another area, where I found the code for a door, only to find nothing of any use on the other side.

All of this, the puzzle solving, resisting the occasional heart attack with a particularly horrifying jump scare, exploring, frankly horrible, mannequin-filled hallways, it’s bad enough for the faint of heart, but just to make things worse, you’re also stalked by a monster (obviously). Unfortunately, the monster is more of an irritant than a threat, and while being caught by him leads to your demise, it’s not so scary when the kill animation is the same each time, and after a while you’ll find yourself eye rolling everytime he makes an appearance as apposed to running in fear. That being said, he does add a little pressure to puzzle solving, and trying to work out an escape method while being stalked can make for some tense moments.

Thankfully, it helps that the Switch version is every bit as good as its larger console brethren. It runs smoothly, and, actually, looks great on both handheld and docked modes, and I experienced no glaring bugs or frustrating issues throughout. I was also surprised to find myself falling victim to jump scares in handheld mode which, in all fairness, probably says more about me than anything else.

Layers of Fear 2 may not be the quintessential horror-puzzle spookathon, but it’s certainly a thrilling, claustrophobic ghost story that easily holds its own. It’s at times uneven, and the puzzling isn’t as interesting as the backdrop, but for sheer storytelling prowess alone, it’s definitely worth setting sail on this ghost ship.