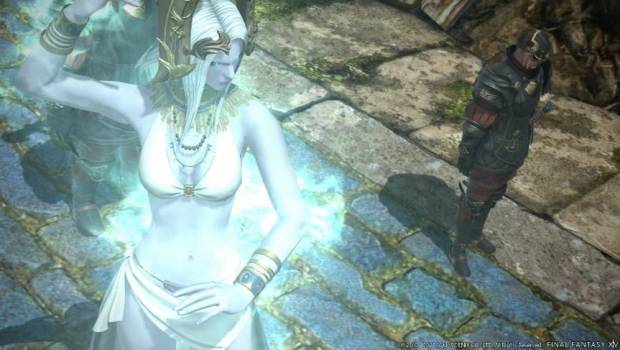 Patch 5.4 continues the battle for the Bozjan southern front, and also introduces a new large-scale battle, Delubrum Reginae—set in the ruins of Queen Gunnhildr’s kingdom beneath the wastes of the Bozja Citadel.

Patch 5.45 brings a variety of updates for players on PC, Mac, and PlayStation®4 system:

·         Resistance Weapon Quests Update: “Save the Queen: Past to Rest” – The battle for the southern front wages on, and having failed to retake Castrum Lacus Litore, chances of victory appear slim for the Resistance. This next exciting chapter of the “Save the Queen” quest series continues the story penned by renowned game designer Yasumi Matsuno.
·         New Large-Scale Battle Content: “Delubrum Reginae” – This new battle content includes a 24-player normal mode and high-difficulty 48-player savage mode for players to undertake.
·         Resistance Weapon Updates – Players who advance the “Save the Queen” questline will be able to further upgrade their Resistance Weapons an additional two tiers in Patch 5.45. The second upgrade tier will also allow players to customise certain parameters on the weapon to match their playstyle.
·         Blue Mage Update – Blue mage receives a number of new updates, including an increased level cap to 70, new blue magic to learn from enemies, new job-specific equipment, and additions to the Blue Mage Log.
·         Skysteel Tool Update – Disciples of the Land and Hand can further upgrade their Skysteel Tools to aid in crafting and gathering.
·         New emotes, hair styles, furnishings, mounts, minions, fashion accessories and more.

Additionally, the “FINAL FANTASY XIV Announcement Showcase” livestream is confirmed for 6th February, 2021 at 12:30 p.m. AEDT. The digital broadcast will feature live announcements for players around the world to enjoy, and will be available to watch on YouTube Live and the FINAL FANTASY XIV Online Twitch channel.

With so much new content coming to FINAL FANTASY XIV Online, there’s never been a better time to try the ground-breaking MMORPG. The game’s Free Trial has been expanded to include content up to the end of the Heavensward™ expansion, where players can create up to eight playable characters and experience the different playable races, classes, and jobs with no restrictions on playtime. New adventurers who wish to experience the free trial may register here: http://sqex.to/FFXIVFreeTrial.