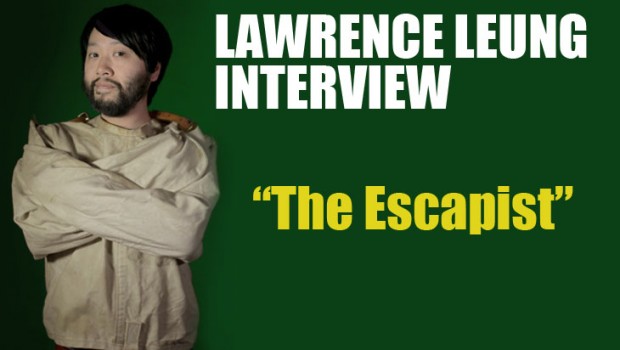 Hey Lawrence, welcome to Impulse Gamer and how’s your day?

It’s been pretty good thanks and I’m just getting things ready for the Melbourne International Comedy Festival which starts next week so I’ve done a bit of rehearsing and testing out the jokes for my new stand-up.

You were also in Adelaide a few weeks ago testing your new stand-up show, how did that go with the Adelaidians?

Yeah, I was doing test shows in Adelaide and the feedback has been really good as I haven’t tested some of the new stuff before in front of an audience so it’s good to give it a go with the new material. It went better than I thought it would and currently I’m putting it all together for the festival here in Melbourne.

So tell us what Melbournians can expect from Lawrence Leung The Escapist?

I guess with my style of comedy it’s very personal and I love telling stories. Often it’s about embarrassing situations and similar things. My show this year is called Lawrence Leung The Escapist and it’s basically my brand new live comedy about the trappings of ordinary life, my extraordinary awkwardness, family expectation, love and also doona covers <laugh>. As the show’s called The Escapist, I also talk about when I was a kid that I wanted to be like a little Houdini and that my brother would to tie me up in a doona cover and I had to try to escape <laugh>.  So it’s little crazy stories like that.

Speaking of Houdini, you also met the legendary James Randi a couple of months ago, what was it like meeting a real life magician and legend?

It was fantastic and James Randi was one of my heroes when I was a teenager because I loved magic and deception. I also really loved the science that James Randi was championing and looking at the paranormal. His idea was that often a lot of people using tricks were pretending to be psychic and he would go and debunk all these so called spiritualists and psychics who were just using tricks. So yeah, I really got into that and it was kind of amazing that decades later I would not only just meet the man but I would be curating his Q&A tour around Australia so that was quite a buzz for me. 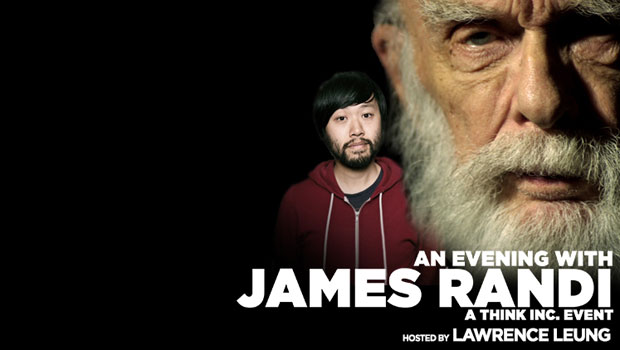 You were also channelling James Randi in your TV series Lawrence Leung’s Unbelievable. There were was one episode where you went to Scotland and followed some ghost hunters around. In the episode, the ghost hunters were doing EVP (electronic voice phenomenon) and you interpreted one of these recordings as “go to fuck” which was hilarious for the TV viewer but how did you refrain from taking out the mickey with some of these people?

I don’t think it’s about taking the mickey out of people but it’s looking at what evidence various people have and it’s judging things based on the evidence. Often in my shows because it’s a comedy show, I’m making fun of myself more than anyone else, especially with my overzealous adventures to try and find the truth out there. The second thing is that people often do stuff that is quite ridiculous and ultimately it’s up to them to decide what they want to believe.

So with your quest for truth then, are your stories in The Escapists all true or do you embellish them?

So this one is all true about what has happened to me. What I like about stand up is you can just tell people what actually happened and often you can’t make up stuff because things are funnier because they come from truths. But having said that, comedy is always about the comic twist and sometimes there is a touch of exaggeration.

Also, people think I’m quite a nerdy geek but I’m certainly not as nerdy as people would like me to be. I like to talk about the nerd prejudice I have and people kind of pigeon hole me as a geek and really, there are more geeky people out there than me <laugh>.

Also when I’ve done shows in the past, I’ve told stories about a past girlfriend in the show who would be one character but really, there were six different stories of maybe 5 different girlfriends. I found that if I kept on changing between different characters in the show, the audience would kind of get a bit confused so what I done for the sake of clarity is made the story about one person so the individual situations are real and in many ways it protects my exes identities <laugh>. 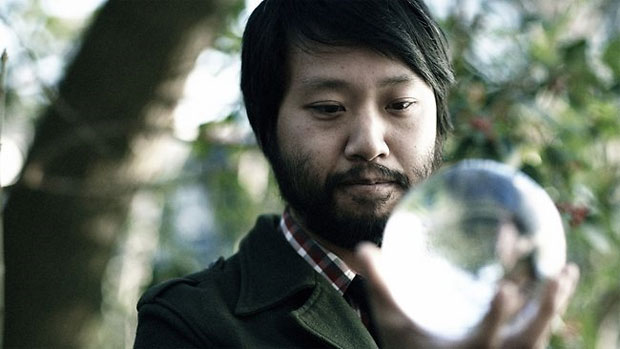 So what inspired you to be a comedian?

That’s a really good question and when I was growing up, I would write a lot of short stories and they always tended to be very funny and have silly stories. I guess that was kind of reinforced when my teachers used to say you have to read out your stories in class and then I got kind of hooked on telling funny stories in a room full of people. I also really liked not taking life so seriously so I think that’s how it all sort of started <laugh>. Then years down the track, I think I’m a lot better at getting up and exposing the awkwardness and absurdities in life then I would be at working in an office in a serious job.

So have other comedians “rubbed” off on you?

There’s lots of comedians, especially in Australia. I think a lot of people don’t realise that there are people here who may not be household names but they constantly inspire me. There is also a tightknit comedy scene in Australia in which there are comedy rooms and people are always jumping up on stage. What I love most about comedy is the fact that you get to see inside someone’s head, especially at the festivals with comedians performing between 15 to 60 minutes.

Will you have much time to see some of the other shows?

I hope so as my show in Melbourne is slap bang in the middle of the night at 8:15pm. So as soon as my show finishes, I will try and run off around the CBD to see other comedians.

Is there a big difference doing live stand up compared to something like your new TV show Maximum Choppage?

It’s very different but also has similarities. I think when it comes to comedy and timing, it’s similar as you have your gut instincts but with a show like Maximum Choppage where there’s a full cast of great actors and comedy character actors, it’s very much bouncing off each other and keying into the vibe which is different to stand up where there’s no one else you’re talking to, other than the audience. So the timing and delivery is different to the live audience. 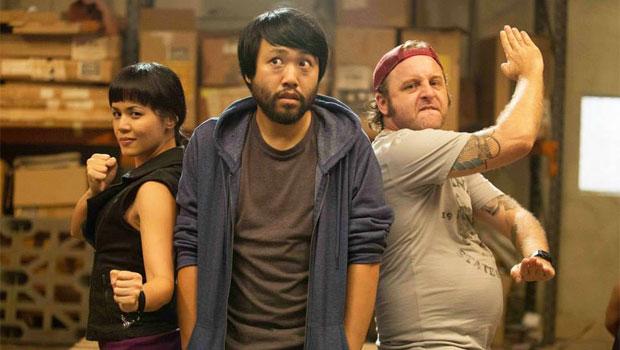 The two other shows I’ve done is Unbelievable and Choose Your Own Adventures. They’re very much about me taking the audience out there with me like Scotland on the other side of the world to a castle. Whereas story telling on a stage is often talking about your adventure in hindsight not in the present sense. So with TV, you can take an audience literally from their laptop in their lounge room to another part of the world.

So it’s a very different experience to stand up and with live comedy, you can feel the audience from the stage, laughing and giving you feedback straight away. Whereas if you’re performing on a mountain in front of a camera, doing take after take, you actually don’t know if it’s often working until it’s in the edit room. Then you have to wait and see how the audience at home will respond to it. So I don’t have a preference which one is better, I like them both for different reasons.

So how does Lawrence relax? What’s your vice?

I listen to music and I also love watching television because when I’m making TV, I don’t have any time to watch television. So when I’m having a break, I’m doing a big binge and watching of all the shows I’ve missed and the ones people have recommended to me. I love sitting down and smashing through an entire series in like two days. So that’s my vice <laugh>!

What are some of the TV shows that you’ve just watched?

I just started watching House of Cards series 3 and the show The 100 which I was surprised that I enjoyed <laugh>. It’s supposed to be like this trashy teen, sci-fi series based on a novel which I thought I’d hate but it turned out to be a really amazing series.

So finally Lawrence, if you could sum up your show for people visiting the Melbourne International Comedy Festival like a TV pitch, how would you describe it?

Lawrence Leung The Escapist – what are some of the things that you could wish you could escape from … in my show, it’s a stand up comedy show about all those things that I’ve tried to escape from and I’m going to do it all in one hour <laugh>! 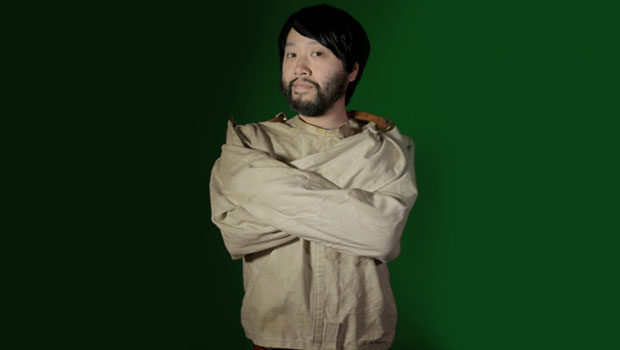 Perfect! Thanks for your time Lawrence and all the best for the Melbourne International Comedy Festival for 2015!

Thank you very much!

To find out more about Lawrence’s new show, The Escapist, please visit – http://www.comedyfestival.com.au/2015/season/shows/the-escapist-lawrence-leung

To follow Lawrence on Twitter, visit – https://twitter.com/lawrence_leung or check out his official webpage (well worth it) at http://www.lawrenceleung.com