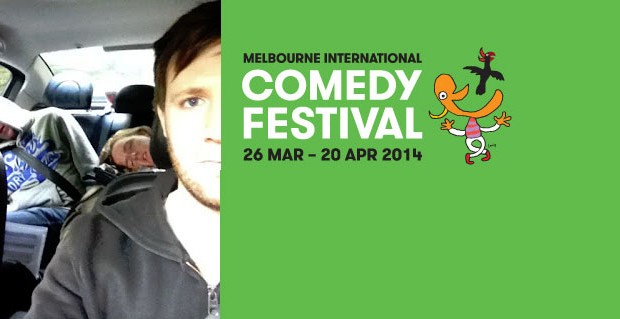 Welcome to Impulse Gamer uhmm… gimps… your one stop shop for online entertainment!

Thanks. We like online entertainment, particularly the gimpy variety.

Uhm… what is a gimp?

The dictionary may tell you that a gimp is “twisted silk, or cotton with cord or wire running through it, used chiefly as upholstery trimming.” We however would advise you that a gimp is in fact a submissive sex slave. We’ll leave you to guess which definition we give when our parents ask.

Lee, Matt and Paul trained at Drama school together. Richard and Dave went to school together and met Lee doing a children’s show (i know) in Edinburgh in 2007.

Richard is the most bullied, which I suppose makes him the gimpiest. He certainly has the most wounds.

What can we expect during your show in Melbourne?

An hour of sketch comedy that’s like nothing you’ve ever seen before. Seriously, there’s something for everyone (except the easily offended) in this show. We have song, dance, sketches, physical comedy, multimedia elements, a bit of puppetry… and laughs. Lots of laughs.

Tell us the funniest thing that has happened during your performances?

After that performance, Paul’s mum complimented him on the accuracy of the mime. That was a fairly harrowing moment.

Do you guys have any rituals before you start your stand-up?

Richard can’t eat within hours of going on stage, Lee runs through the tech cues with our technician, Matt becomes more annoying than normal, Dave will be on twitter and Paul is seriously OCD, so has to touch everything twice. If you give him a good luck pat on the shoulder he immediately insists you do the other shoulder as well. We’ve learnt to stop wishing him luck before going on.

Why do you think you guys are drawn to comedy?

I think we’ve all found it the easiest style of performance to do so being naturally lazy, we stuck with it. We all trained as actors rather than comedians but even when doing serious plays we’d get cast as the comedy characters, it’s just something we all enjoy doing and find very natural.

Who is the funniest out of you all?

Funniest to look at – Richard.

What about least funny?

Thanks for your time and we can’t wait to see your show!