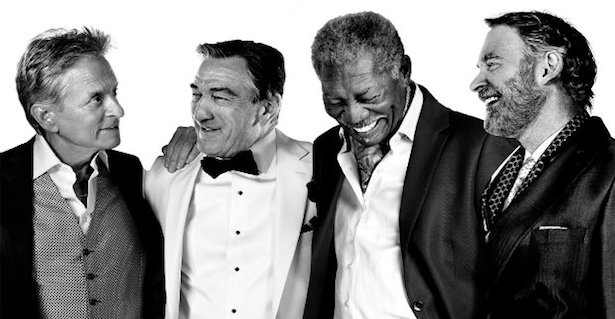 Billy (Michael Douglas) the one time party boy and long-term bachelor is the last of his group of friends to be married. Believing their friend is still in denial about his old age, but also eager to escape their own everyday confines, Sam (Kevin Klein), Archie (Morgan Freeman), and Paddy (Robert De Niro) journey to Vegas for their friends bachelor party. 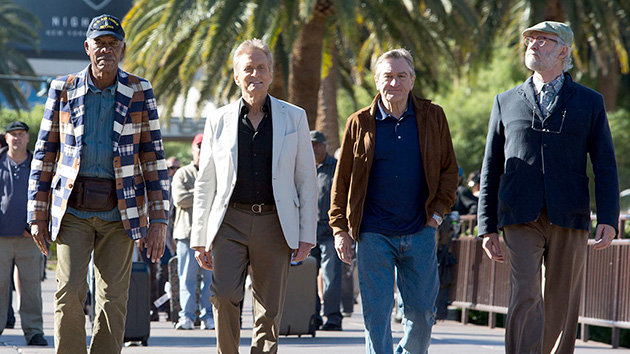 Last Vegas has received mixed reviews across the globe. Some believe it’s just The Hangover with a pension card. Others think it’s a heartfelt comedy brought together by its well loved cast. There is no denying the careers of the main male leads in Last Vegas. However apart from De Niro’s performance in Silver Linings Playbook, there has been little from any of these actors recently to give the viewer faith in this already well trodden cinematic ground (out of hand bachelor party films are developing into their own terrible sub genre). Mainstream American cinema in its current state is a complete wasteland for the comedy genre and Last Vegas is unfortunately not the film to remedy this.

While the main cast work well together and carry the films heartfelt moments quite easily, the surrounding events don’t make for an entertaining watch. Sure Redfoo might have some artistic relevance due to his family history, but his own musical output and creative originality has yet to be proven, despite large album sales. Cameos like his date this film and are an obviously unnecessary reach for a larger, younger crowd. Tacky generational gap situations also don’t help. The whole scenario would have worked better out of Las Vegas on a more personal and character developed level. With this kind of cast, a better script and a uniquely American director like Barry Levinson, this film could have been heightened above its confused grasp. Director Jon Turteltaub (National Treasure), keeps the reigns relatively tight throughout, but outside of the script it would have been nice to maybe see some improvisation from these highly watchable actors, especially Klein and De Niro. 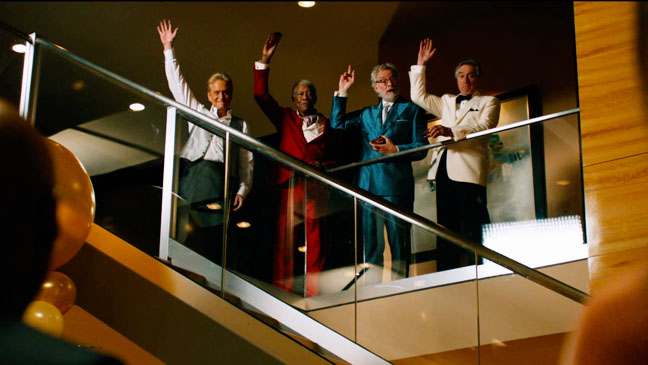 Last Vegas is underwhelming and mostly disappointing film experience. Those that thought the trailer looked interesting may get some laughs out of this, set your entertainment bar low and you may too. For the more discerning viewer, this retirement package of a film is best avoided. Douglas has a smaller share of the laughs and De Niro and Klein do sufficiently with what they have. It is indeed a funny sight to watch a drunken Morgan Freeman, but these factors also do not add up to the price of admission. Unfortunately, this is not The Hangover for the older generation, nor is it a film that truly highlights the talents of the acting cast.

Summary: The whole scenario would have worked better out of Las Vegas on a more personal and character developed level.