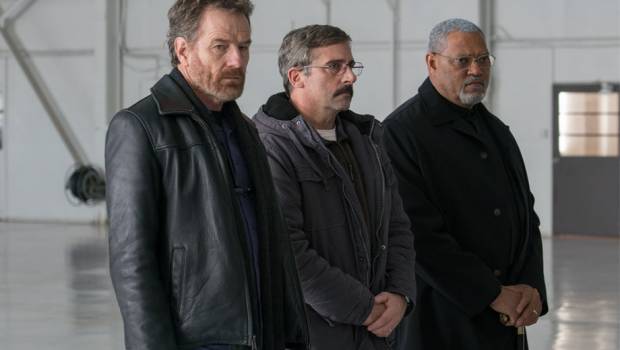 Texas-born filmmaker Richard Linklater is currently one of the best directors in the world. He has been widely praised for making films about real people, which is becoming increasingly scarce in an industry dominated by fantasy and sci-fi films at the US box office. The Before trilogy still ranks as one of his best and most popular achievements. Boyhood (2014) also successfully encompassed his favourite thematic staples. These include age, time and stasis. He is perpetually fascinated by whether time steers people towards emotional maturity and how this changes their relationships with others. Last Flag Flying continues to explore these ideas. It is funny and well-acted but its emphasis on banter over incident makes it an unusually minor entry in Linklater’s filmography.

The film’s development is complicated. It draws from Darryl Ponicsan’s novel, which was a sequel to the book ‘The Last Detail’. ‘Detail’ became a successful 1970s film starring Jack Nicholson. However, Linklater insists this isn’t a sequel to the Nicholson vehicle. It is also a belated project. Linklater and Ponicsan, now 79, worked on the script in 2005 but the production stalled. “The timing wasn’t right. The culture back then wasn’t ready to deal with the Iraq War, which was happening right in front of us with no end in sight”, Linklater stated. It would have been politically tepid and brave at that time to tell a story about myths of war, which is the subject of this story. 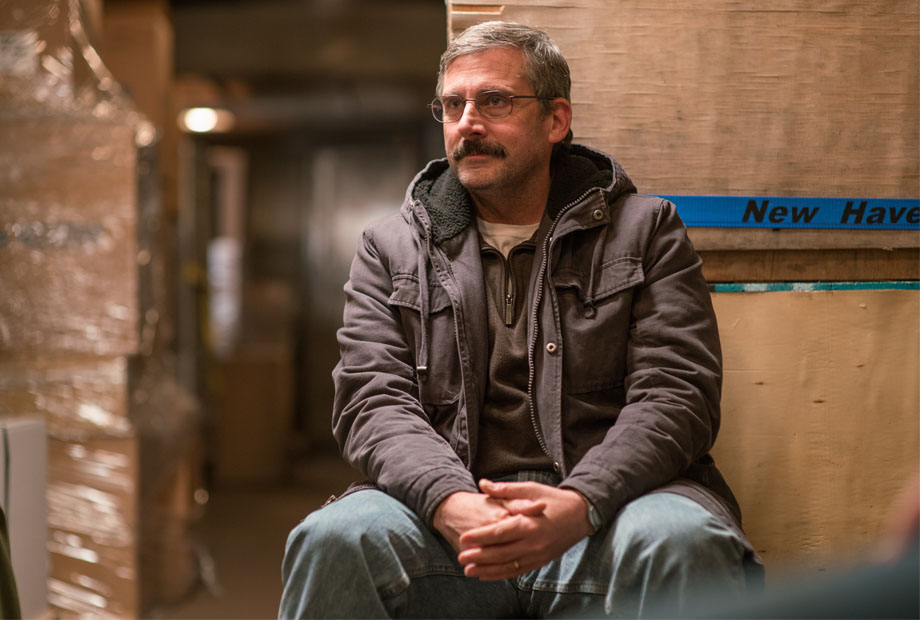 The film stars Steve Carell as Larry ‘Doc’ Sheperd, a Vietnam veteran who we first meet entering a bar. The bar is run by Sal Nealon (Bryan Cranston), a hyperactive, unfiltered layabout, with whom Doc wants to reconnect. Doc is also interested in finding Reverend Richard Mueller (Laurence Fishburne). The three men knew served together in the war. Sal constantly antagonises Richard, who used to be an alcoholic but is now married and extremely religious. Doc reunites them so that they can support him as he prepares to see the body of his son. He too was a soldier but was killed in Iraq. The military tell Doc that they will arrange the funeral for him. However, upon seeing the body it comes to Sal and Richard’s attention that the military have lied about the nature in which Doc’s son was killed. 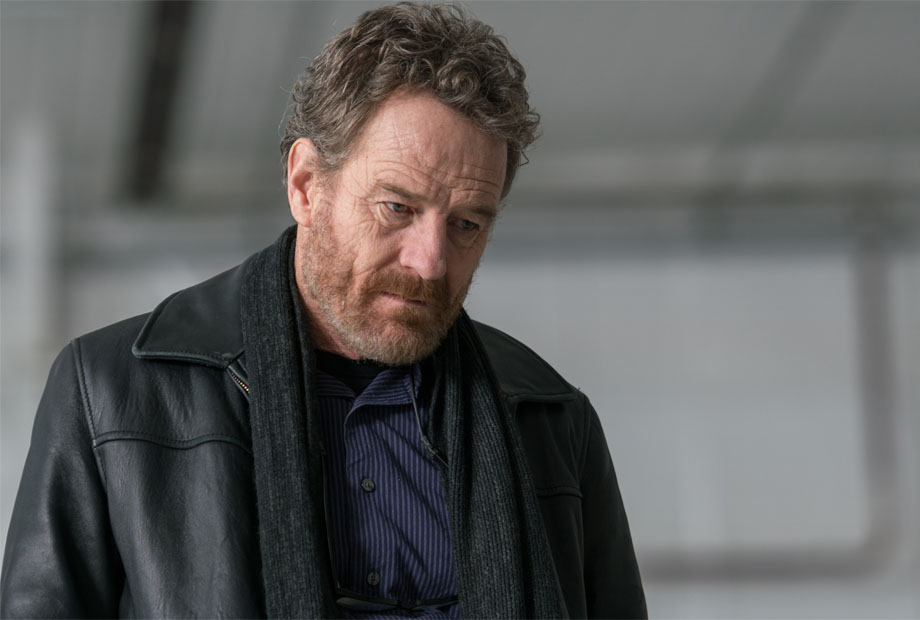 What’s effective about Last Flag Flying is how it utilises the funny banter of the cast. Each of the actors gives their character a unique and believable personality. As Doc, Carell is highly introverted by minimising the pitch of his voice. He personifies a quiet internalised pain burning inside of Doc. At one point he sees a television screening showing George W. Bush’s face and asks what if it were his children. Laurence Fishburne discovers that Richard is assured and genuine about his faith and beliefs. He also humorously suggests that somewhere inside him is the old Richard, such as when he blows up at Sal for driving dangerously. Bryan Cranston vividly energises all Sal’s scenes as a wild buffoon who has no filter or tact. His humour brings levity to what could have been an otherwise grim story about war and death. 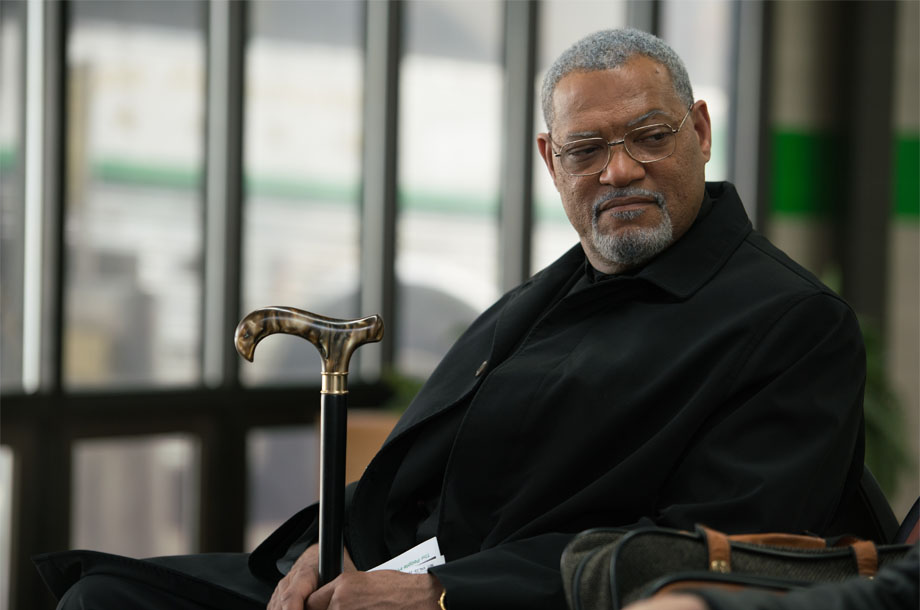 The bulk of the narrative is comprised of conversations between the men. At one point they’re even accompanied by a young soldier (J. Quinton Johnson) who is instructed to watch over them. They talk about whether they miss the war, how a mistake in the past cost someone’s life, and whether they should finally own up to the truth. They even dabble in bringing themselves up to speed with technology. There’s a funny episode where Sal is persuaded to buy a cell phone for the first time. This is fine but at two-hours long, there isn’t enough incident for these characters. Its main idea about truth and lies surrounding warfare also shifts in and out of the story. Its resolution for this thematic idea is safe and evenly-handed rather than an uncompromised statement of power. 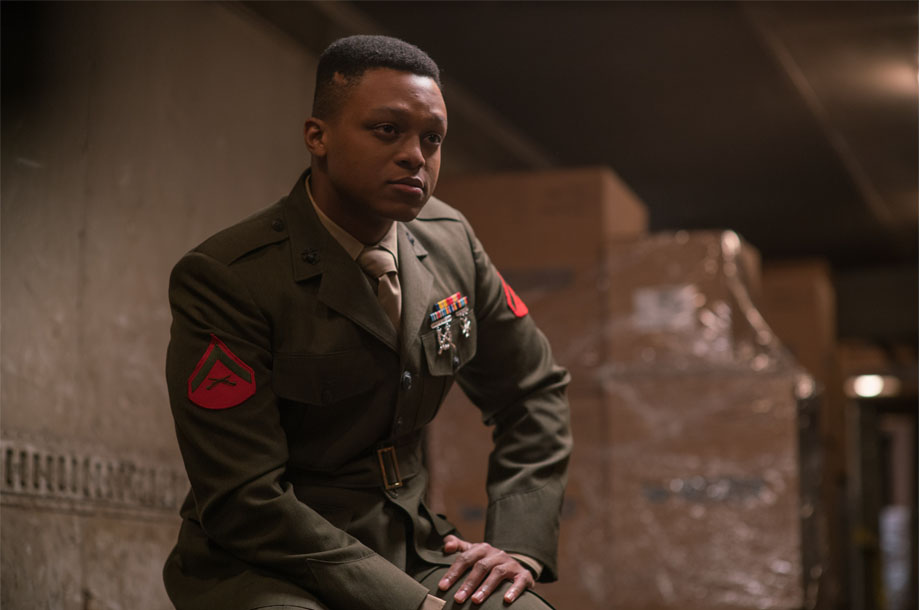 Linklater’s Before trilogy is mostly dialogue too but it sustained a dramatic question about whether the main couple would stay together or not. The men here laugh, argue and mourn together, but the stakes do not feel high. Their antics are never wild or dangerous either, which might be a deliberate story decision considering their age. Additionally, if this film was made closer to the start of the Iraq War it would feel angrier and more urgent. It gently coasts along, switching between comedy and self-reflection. Despite the cast and their fun banter, it never feels as though the story is building into another major Linklater effort.

Summary: It is funny and well-acted but its emphasis on banter over incident makes it a minor entry in Linklater’s filmography.