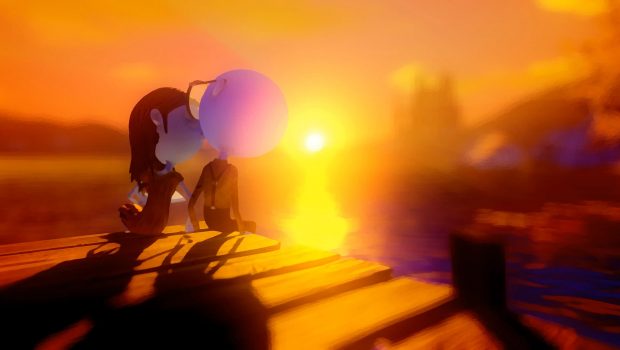 The Last Day of June Review

The Last Day of June is like being caught in water colour painting with a touch of the ‘Butterfly Effect’ that boasts a very moving story which is filled with emotion, lost love and devastating heartbreak. Furthermore, The Last Day of June is not like your average video game and thanks to the stylised graphics which channels Tim Burton and its non-mainstream story definitely sets itself apart from what’s currently available in the market at the moment. 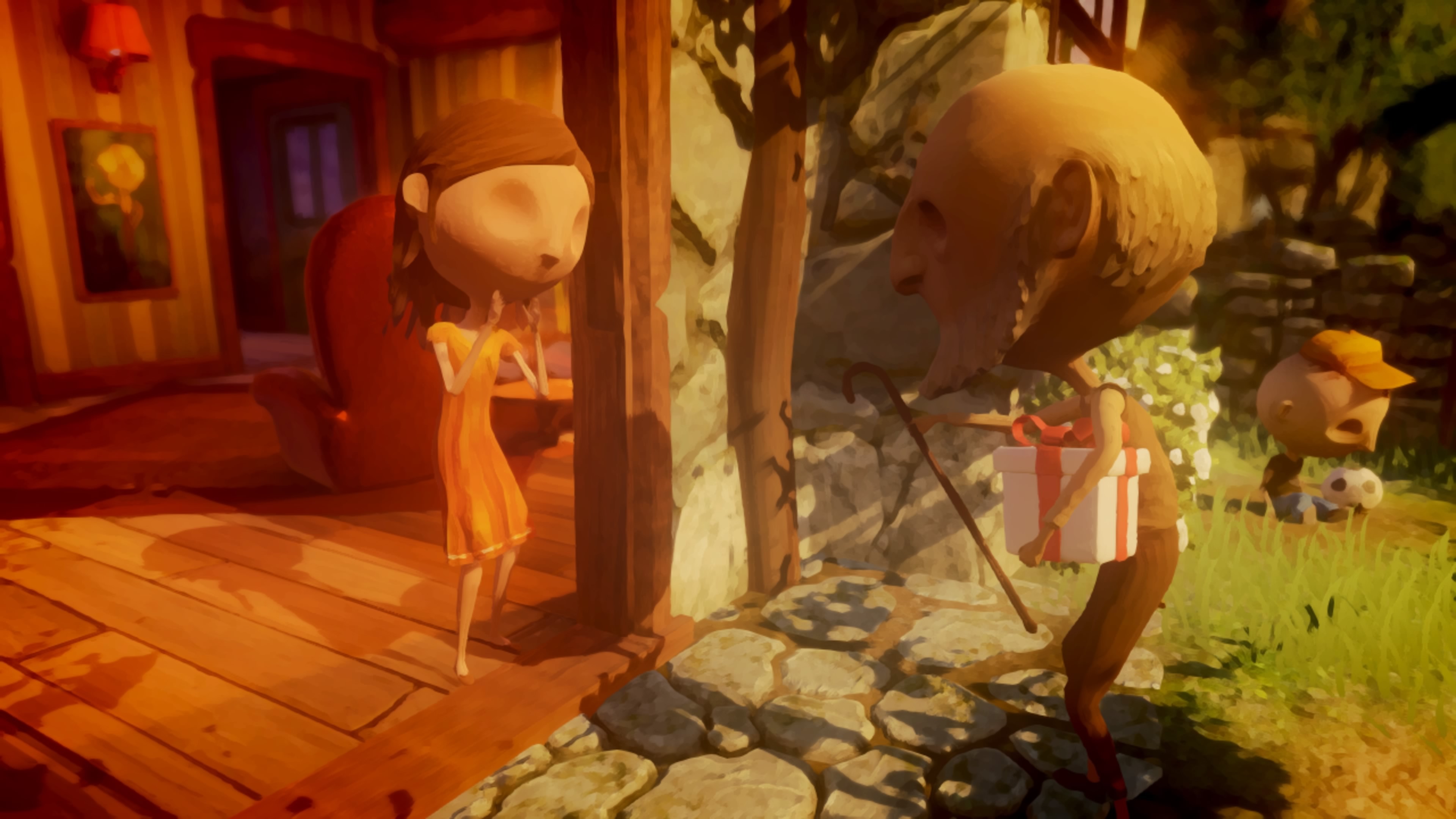 In the game you play ‘Carl’, a middle aged man who is married to June and although these characters are very stylised, they are filled with real-world emotions and this almost otherworldly aspect to them which makes them so compelling as you become involved in their moving plight. So as the gamer is introduced to these characters, their lives are irrevocably changed after a very touching scene between them both. The catalyst is a car crash and after driving home from their favourite spot, an accident has killed June and Carl is now in a wheelchair.

In the ‘present’ or perhaps the ‘future’, we return to Carl as the game takes a darker turn as he is now alone and the chair where June once sat is now empty. It is here where the player is introduced to the loss of his soul mate, June. So as our protagonist relives the moments around June, including those around her, he ponders on how he could have prevented the unthinkable which begins a journey of their lives through the eyes of others as you carefully tweak the timeline. This Ground Hog day meets the Butterfly Effect. 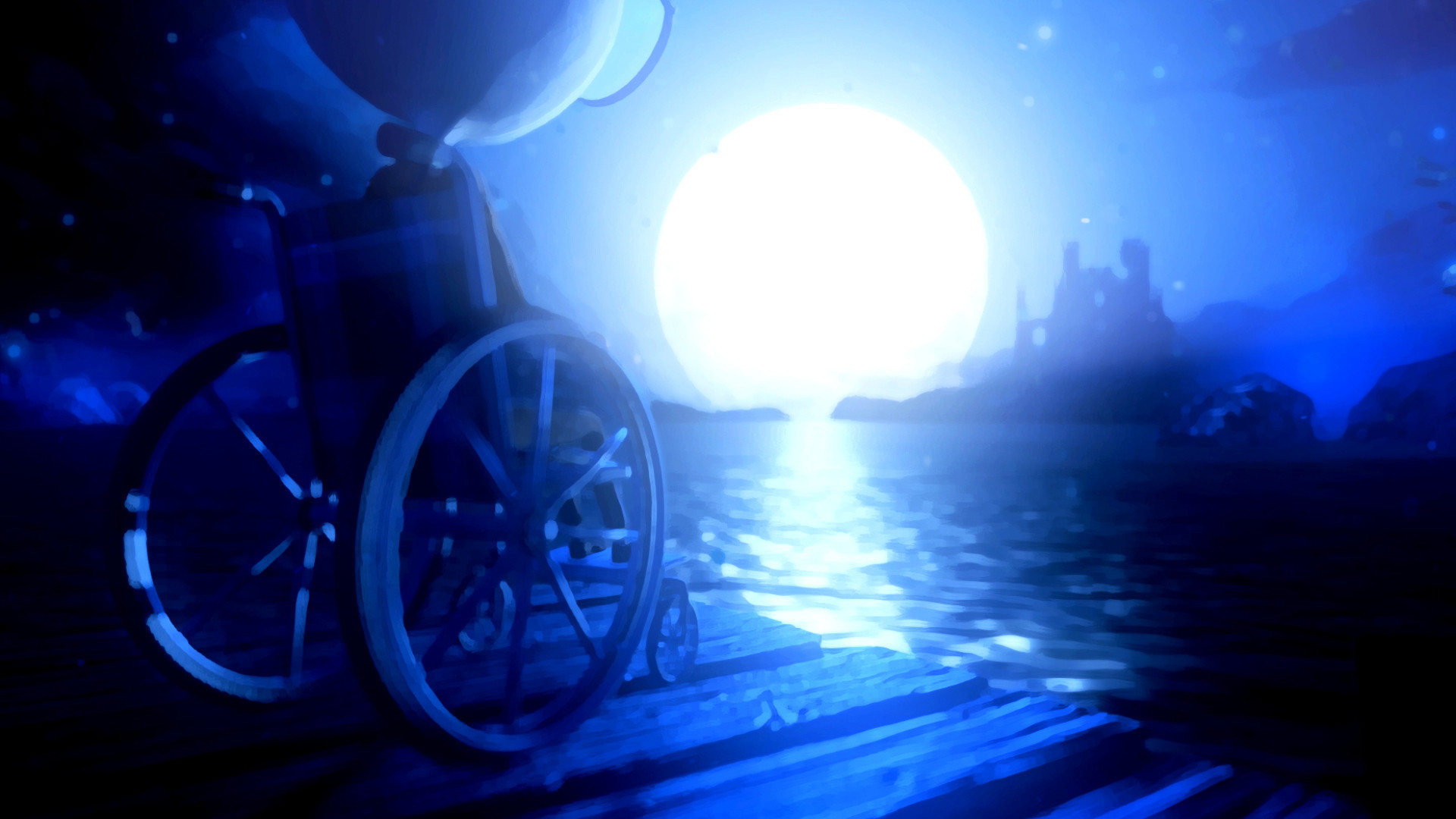 So as you navigate around your home, you eventually open the other worldly doors to which June has painted while she was alive. As you touch each painting that June had painted, it opens up a character that gives you some puzzles in order to unlock additional memories and perhaps even stop the death of June by changing that timeline with just a few tweaks. The key is to help these characters and animals that June painted to change the dreaded day where Carl lost her. 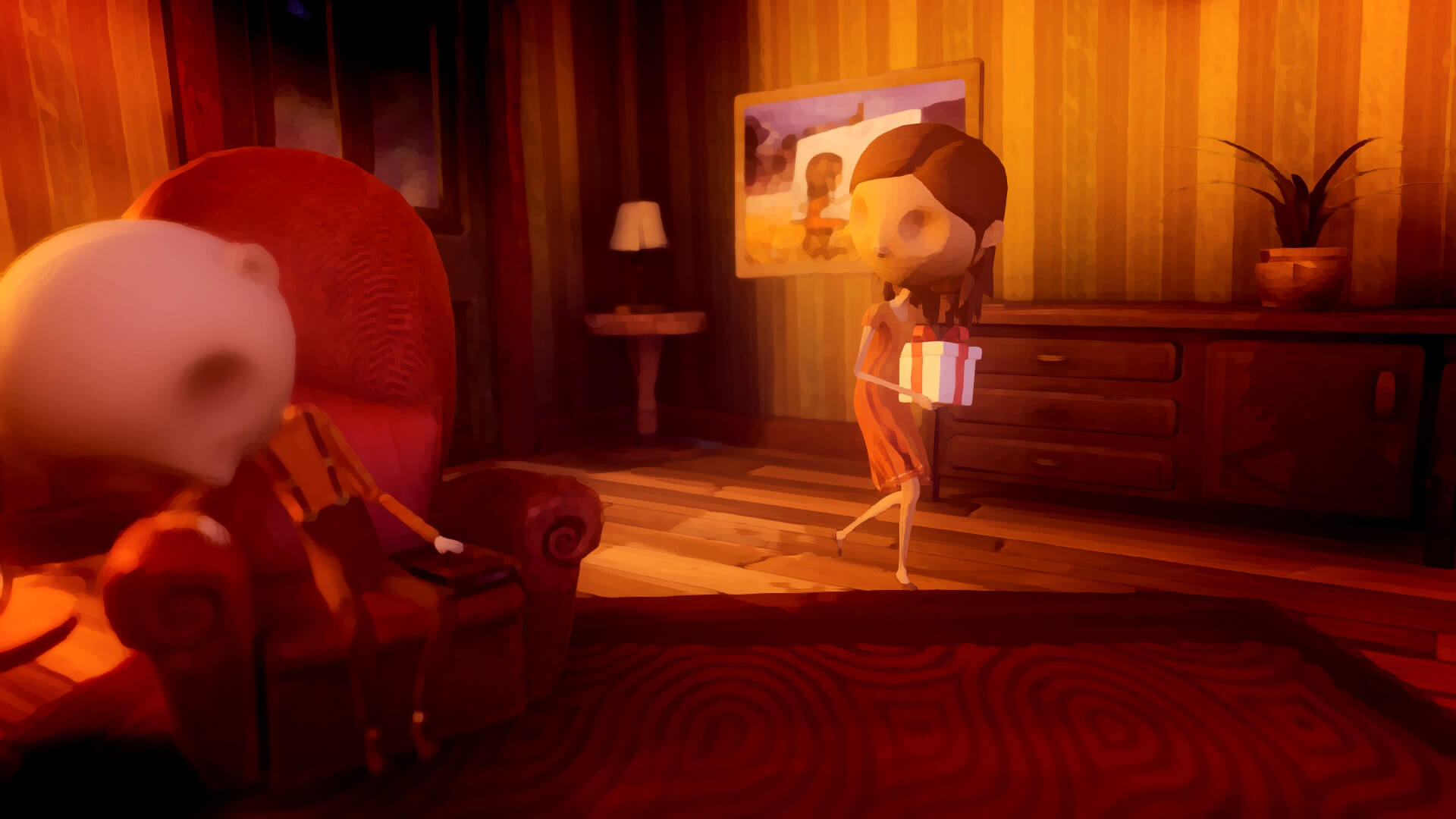 For example, by preventing the young boy from playing soccer on the road, it will change the pattern of events. One slight drawback of the game is that the puzzles can become a little repetitive but it’s definitely worth the end game as you attempt to solve the mystery in front of you which feels like those classic block movement games in order to make a picture. It’s an interesting premise that works well on the PlayStation 4. 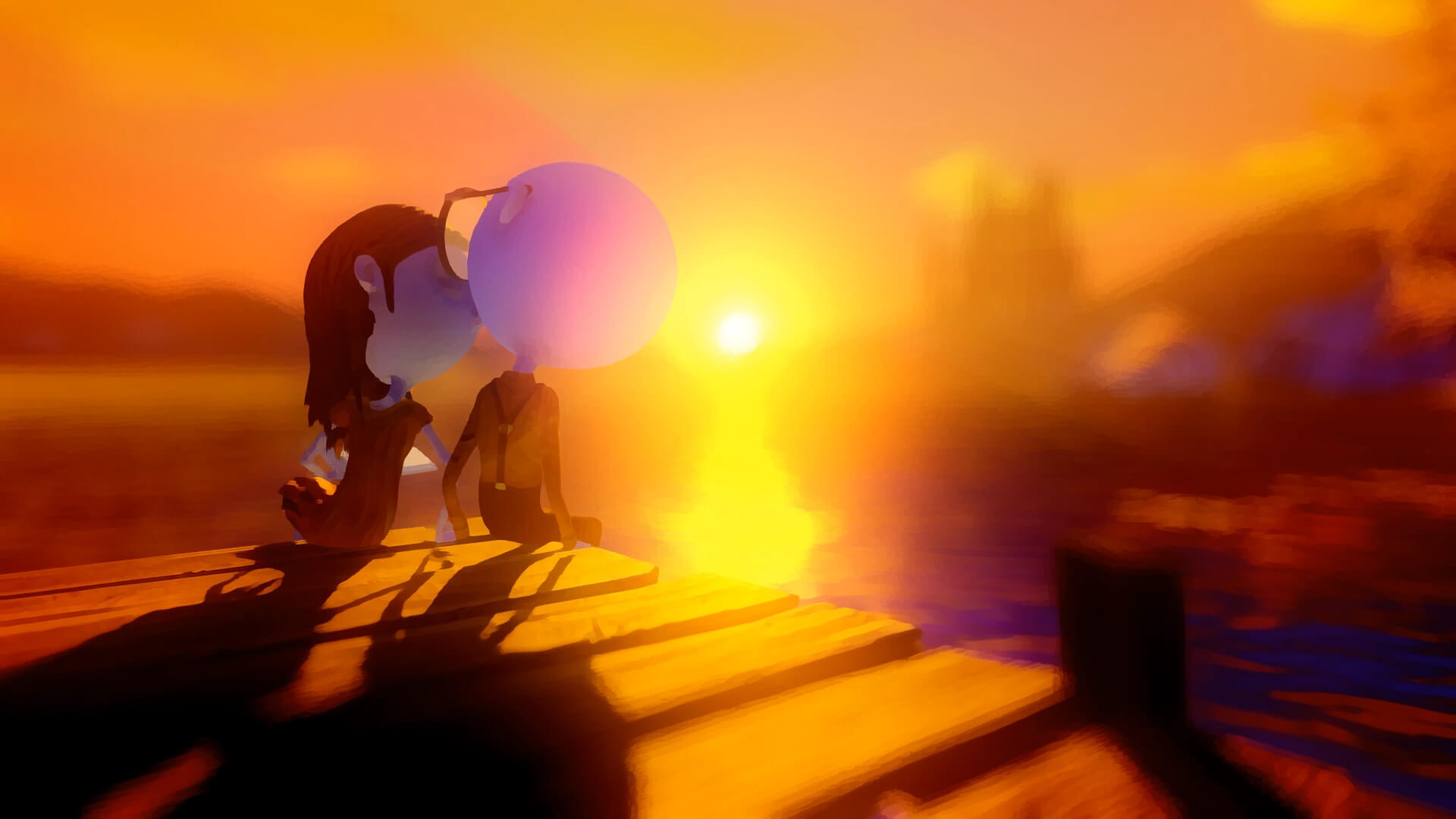 Graphically, The Last Day of June is beautiful… it’s a true work of art that not only channels its inner love, loss and grief but creates this moving narrative that is quite powerful. The stylisation, colour palettes and special effects really create something special and that’s where The Last Day of June shines. It has this almost melancholy soundtrack, including its Sim-like chatter that somehow works very well with the concept. All in all, it comes together very well. 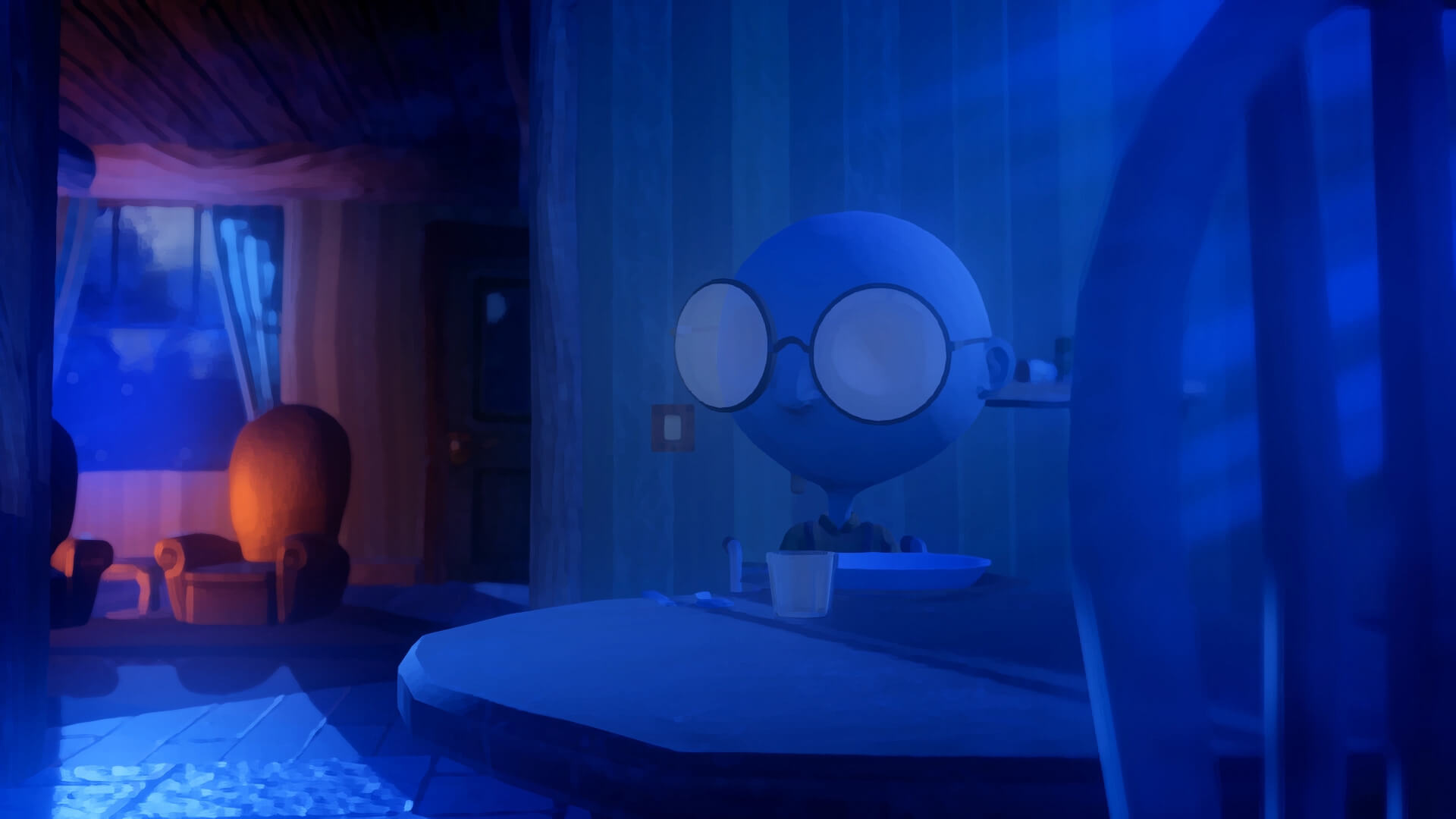 The Last Day of June is probably one of the most original stories of 2017 that really pulls at your emotional heartstrings. Given the ‘loss’ of the game, each player will interpret this differently as you explore a life and lives as we follow the journey of Carl, June and those around them. Sure, this review is a little vague but I so don’t want to spoil this game for those that want to play it!

If you want something a little different, check out The Last Day of June!