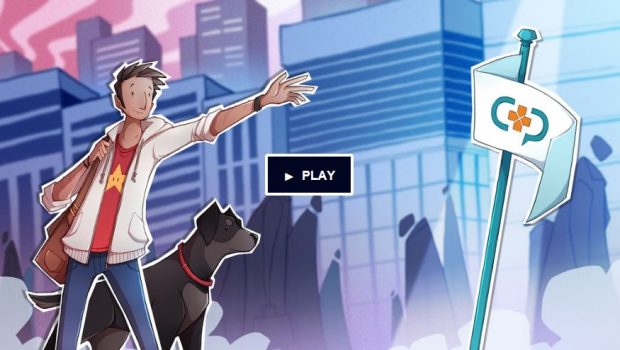 Sydney, Australia – 30 May 2017 – Non-profit organisation CheckPoint have been hard at work over the last three weeks promoting their Kickstarter campaign for a webseries that aims to help people with mental health issues using the power of video games.

There are just 4 days left, and as of today, CheckPoint have raised over $50,000 within 26 days, needing less than $5000 to hit their goal and secure the funding.

If it Kickstarts, The CheckPoint Series will feature evidence-based advice from mental health professionals, as well as stories of lived experience from everyday heroes in the games industry, including developers, journalists and content creators.

Beyond the main milestone, the series has a number of stretch goals, which include full interview podcasts, localisation, increased numbers of episodes and more guests.

So far, CheckPoint have published several video interviews exploring mental health issues, distributed a self-help guide to all of their backers, and given away hundreds of prizes for sharing the campaign link. They hosted a 48-hour video game livestream on Twitch.tv, which included guests such as BaerTaffy, HarshlyCritical and Miss_Liddles. In total the stream raised $5450.

Dr Jennifer Hazel, founder and executive director of CheckPoint, said: “We’re so close to the goal. If we get funded, we’ll produce a high quality, 16-episode series to raise awareness for mental health issues, reduce stigma, and improve the wellbeing of people all over the world. And we’re going to use games and game culture to do it.”

With just a few days left to back, there is not much time for backers to come and make their pledge, becoming part of the final webseries in a very real way. Some of the rewards that CheckPoint are offering include digital downloads and OST composed by YouTuber DeanCutty, high quality art prints by Toby Allen, pins by Victoria Kershaw, and higher end tiers such as having your name included in the credits or your image in the video intros.

Josh Scherr, co-writer of the award-winning Uncharted 4 for Naughty Dog, is one of the games industry figures to be featured in the series. He says: “I first became familiar with Dr. Jennifer Hazel’s work after watching her presentation from the 2017 Game Developer’s Conference entitled “Invent a Game, Reinvent Yourself.” As someone who not only plays video games, makes video games, and dealt with a nasty panic disorder, the presentation spoke to me – and it’s something I wish I’d seen back in 2001, when I was going through the worst of it.

“Feelings of shame, fear, and helplessness are all too common among those suffering from mental health issues; often, it makes taking that first step towards seeking help incredibly difficult. Easy to access resources, such as this video series, are often invaluable in helping people get past that initial hurdle, and as such, can be life-changing (if not outright life-saving).

“Having since met Jennifer and spoken with her at length, it’s safe to say she’s incredibly passionate about her work and dedicated to making people’s lives better. I hope you’ll consider supporting her project, and I hope this series will encourage people struggling with mental illness to seek the help they need.”

Globally one in four people experience a mental illness, with two thirds of those affected never seeking help or treatment. CheckPoint believe that initiatives like this can reduce stigma and raise awareness of resources that are available for those in need.