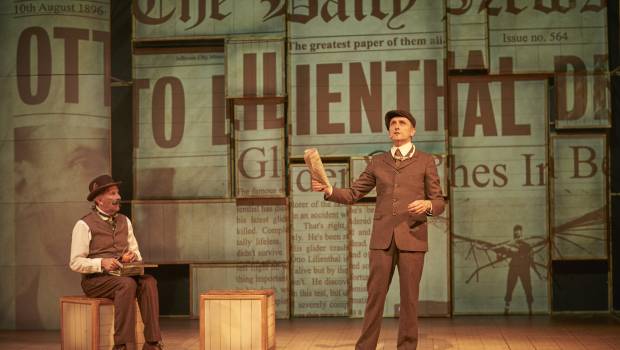 Having sold over 25,000 tickets across 30 shows in Melbourne, Lano and Woodley’s FLY has blown audiences and critics away.

If you missed out on tickets to the hottest show of the comedy festival, audiences can book ahead for their August shows at Hamer Hall.

★★★★★ – Chortle
“the soaraway feelgood hit of this festival”

★★★★ 1/2 – Herald Sun
“an eccentric, screwball performance by two of our greatest virtuosos of comedy”