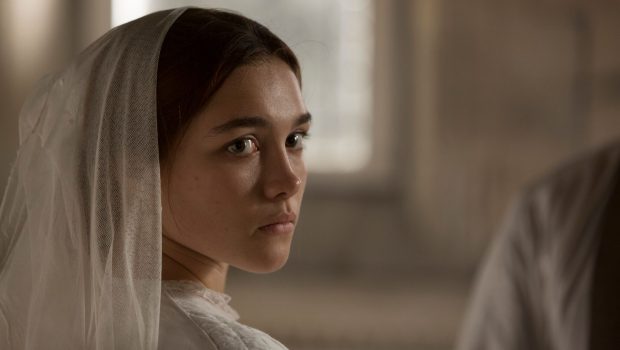 This is an interesting albeit small British period drama that uses the archetype of the character Lady Macbeth in an interesting way to tell a new story of lust, violence and freedom. The film is directly adapted from the novel ‘Lady Macbeth of the Mtsensk District’ by Nikolai Leskov. It is about a young woman named Katherine (played by Florence Pugh in her second film role) who against the bleak English countryside of 1865 has been sold into an arranged marriage on a farming property. The person she weds is Alexander (Paul Hilton), an older man who doesn’t seem to have any real sexual interest in his new wife.

He and the other older men on the property are dogmatic and keen to dictate Katherine’s behaviour and restrict her freedom. She is discouraged from venturing outdoors to enjoy the fresh air and is instead instructed to spend more time praying. She is also physically constricted by her clothing. Some of these corsets must be tied up by her maid Anna (Naomi Ackie), a woman of colour who herself is understandably reluctant to speak freely. Once Alexander temporarily leaves the property for a trip, Katherine secretly starts romancing Sebastian (Cosmo Jarvis), one of the property’s labourers who is initially caught bullying Anna.

The film is anything but a mild mannered and polite Jane Austen-like story. Its manner house setting, echoing Ingmar Bergman’s Cries and Whispers (1972), is disturbing and violent in drawing complex moral lines between personal repression and immorality; this is strongest in the first half where we genuinely sympathise with Katherine’s bid to escape social barriers, but also question her choices. The controlling idea of repression is visualised with clarity through the purposeful directorial choices of filmmaker William Oldroyd.

Several of the film’s rooms are square shaped and filmed through a wide shot using a static camera lens. The highly symmetrical and still visual form is also paired with Florence Pugh’s narrow body language in shots where she sits alone on a couch. These stylistic choices reflect the social constrictions of Katherine’s new life and consequently fuel her desire to revolt. Brown, shadowy colour tones also reflect the bleak lovelessness of the manner house, while the breezy exterior shots of the countryside are photographed with a wide frame to visualise a naturalistic spatiality free from man’s rigid social order. 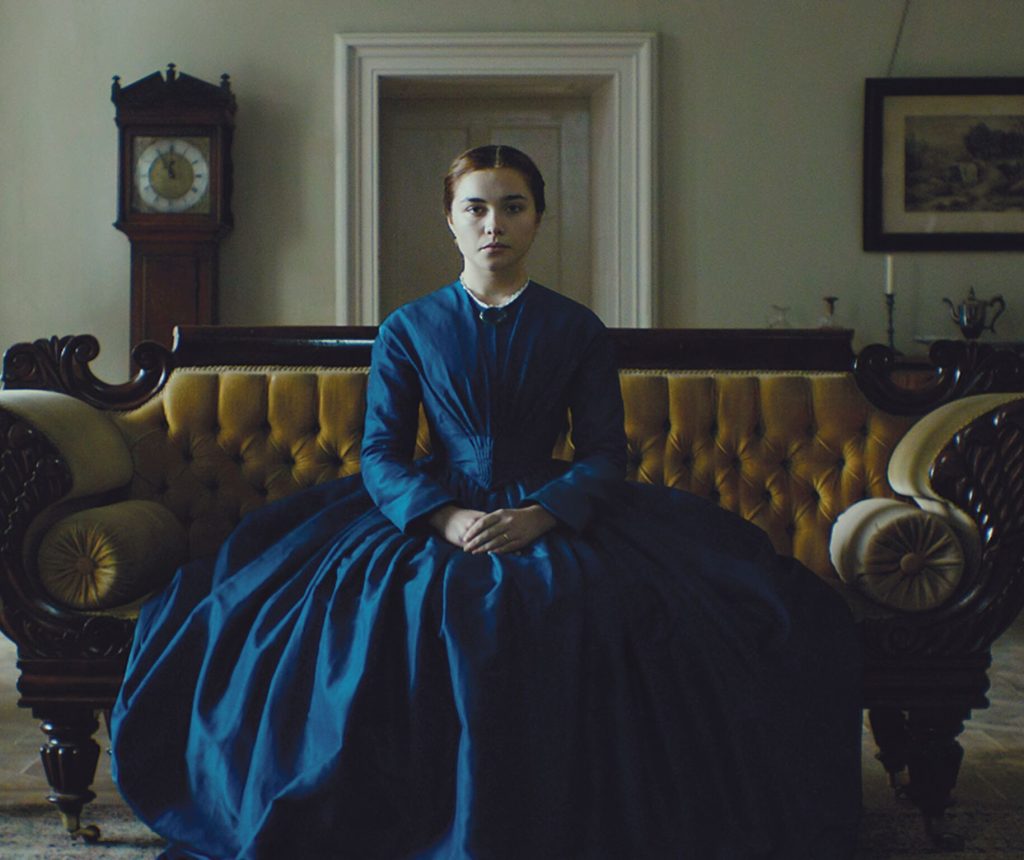 Despite the ongoing the visual motifs representing social and sexual repression, Lady Macbeth’s most challenging narrative component is constantly testing our sympathy for Katherine. There are unexpected turns in the story and contradictions in Katherine’s behaviour that send her spinning into bizarre, morally grey areas and then eventually into complete darkness, free from redemption. After Sebastian the labourer torments Anna, he forces his way into Katherine’s room in what looks like a devastating attack scene ready to unfold, only for the situation to become consensually passionate between the two characters—a symbol that Katherine’s consent and personal agency are the forces driving her.

Violence fuelled by sex is the connective tissue to Shakespeare’s play Macbeth because here it is the psychological core of Katherine and Sebastian’s relationship, pressing him to aid her in dispatching her opponents in some unpleasant ways. Despite the melodramatic and Shakespearean parallels, the realism of the death scenes makes them affecting and difficult to watch. One murder is skilfully filmed in a single take, which has emotional and thematic repercussions. The choice not to cut away makes us dread an innocent character’s impending death and it also shows Katherine’s madness and lack of reflection, along with Sebastian’s unwavering love for her as his moral compass crumbles before our eyes. 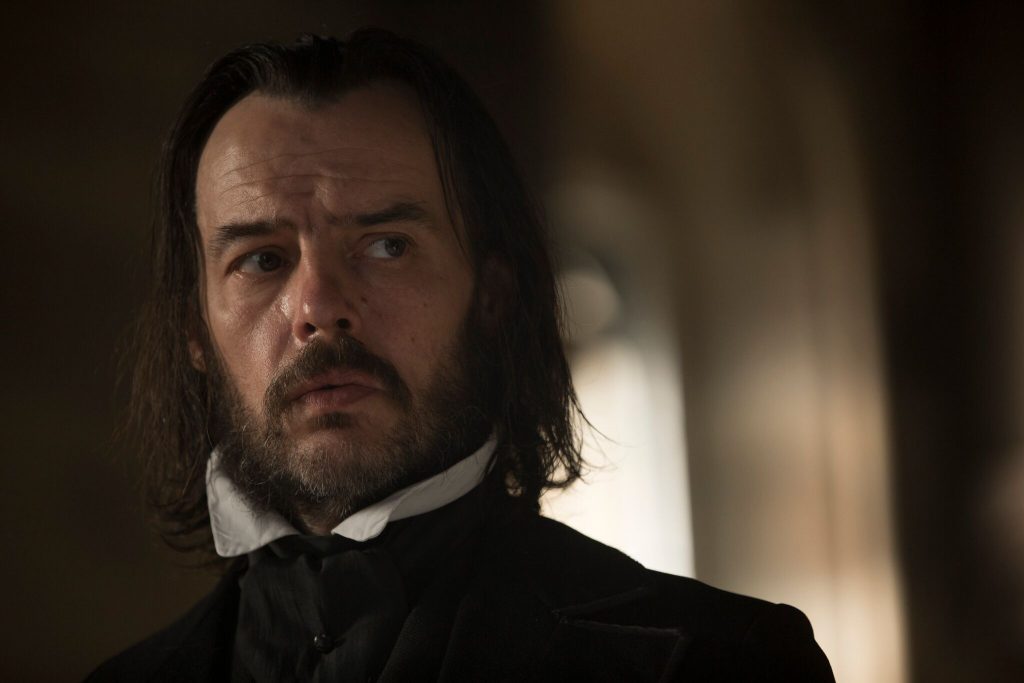 While visually potent, the film is brief, meaning it lacks the depth of tragedy definitive in Shakespeare’s greatest work. This is evident from the film’s rather abrupt ending, which despite its deliberately circular nature, reflecting the opening scene, it doesn’t fully convey the story’s tragedy. The sadness of the original Lady Macbeth character is the regret following her violent path. The iconic image of her washing the blood from her hands is unexplored here, making the film unique but lacking a completely rounded character arc.

Maybe the filmmakers were trying to embed complete nihilism by removing the regret. Real tragedy though, realising your mistakes but not being able to reverse them, rounds out a message strongest. It’s left to a side character, not the protagonist, to fill that emotional gap. If the film does have a coda it’s that one can still become a prisoner of their choices, despite fighting for personal agency. Another quirk is that halfway through the film it feels as though a new story is starting with the introduction of two new character that weren’t foreshadowed, which makes the screenplay seem episodic at that point. 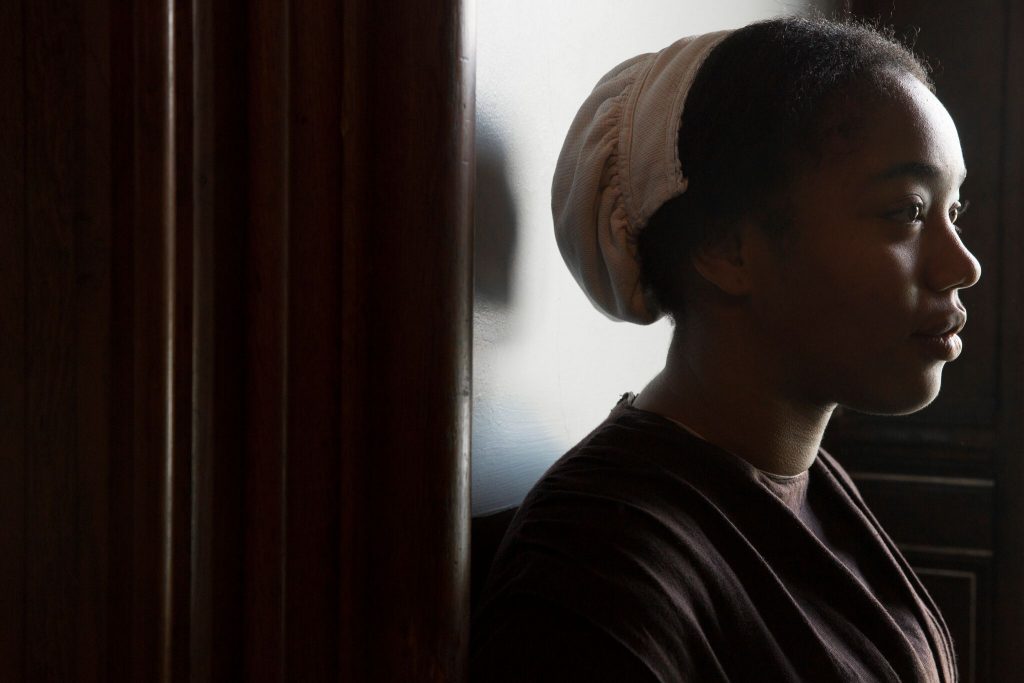 Nonetheless, the film’s thematic line is vividly acted by the cast, particularly Florence Pugh. Her minimalistic acting style is deliberately cold and emotionless and gives her a very cool presence that allows her to embody Katherine’s unflinching viewpoint as she fights at length to be free. Cosmo Jarvis as Sebastian is also allowed to briefly instil complex emotions in the film’s closing scenes and Naomi Ackie’s Anna constantly projects a frozen emotional stasis. Florence Pugh’s performance and the film’s unexpected approach to freewill and combating repression should suffice for an audience wanting their period dramas to be tougher and grittier than they expected.

Summary: Florence Pugh’s performance and the film’s unexpected approach to freewill and combating repression should suffice for an audience wanting their period dramas to be tougher and grittier than they expected.