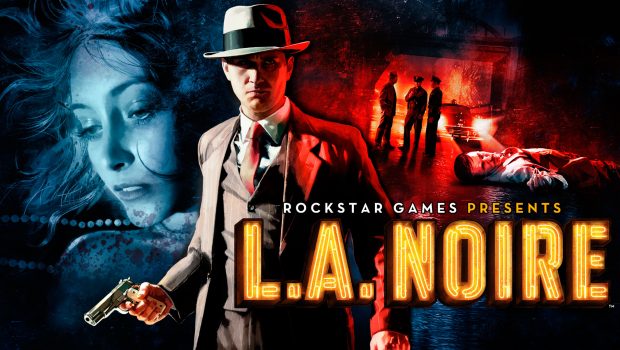 L.A. Noire is one of those amazing video games I frequently look back on fondly and confidently point to as an example of a title ahead of its time. Its many ambitious ideas – whether it was the detailed engine, facial capture animations, detective gameplay, and pulpy story-telling – often felt like they were held back because of sobering technical limitations. Despite my minor nitpicks, I was constantly drawn back to Team Bondi’s out-of-nowhere new IP because there was nothing else quite like it on the market. 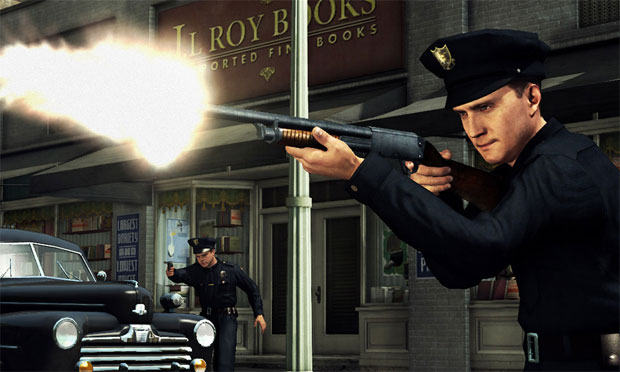 Five years later in 2017, open-world neo-noir detective games set in the 1940s still aren’t exactly a dime a dozen, which is why I was more than eager to dive back in with the L.A. Noire remaster on Nintendo Switch, PlayStation 4 and Xbox One consoles – and see if it was still worth a play for both returning fans and potential newcomers alike. All-in-all, it’s still a great game, made better with the enhancements.

Our original L.A. Noire review covers the main details of the game’s story and gameplay neatly, but as a quick refresher for new players: You play as Cole Phelps, a determined police officer on the beat, and follow his intense career from regular old Los Angeles cop to hardened veteran detective via the various departments (arson, homicide, vice, etc) of law enforcement. The game is played via third-person perspective in an open-world environment similar to other Rockstar titles such as Grand Theft Auto and Red Dead Redemption, though this time on the right side of the law. Its unique sandbox playground recreates the 1940s City of Angels in pain-staking detail and while the excellent main story missions are linear and straightforward, you can venture off the beaten path across the city to complete 40 side cases, discover hidden collectibles, and simply breathe in the gritty ’40s noir setting. 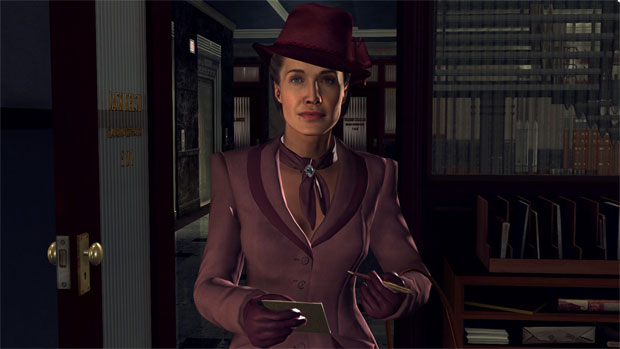 The main draw-card for upgrading or jumping into the L.A. Noire’s remaster for the first time is its bump up to a clean 1080p resolution on all console versions – Nintendo Switch (while docked only), PlayStation 4, and Xbox One. Meanwhile, owners of the more premium PlayStation 4 Pro and Xbox One X models get an appropriately shinier treat in the form of full-fat 4K resolution. The frame-rate is still capped at 30fps, though it stays consistently locked compared to the original release. While no similar upgrade to 60fps is a minor bummer, it is understandable given even the superior PC release couldn’t up the frame-rate consistently without numerous problems tied to its detailed game engine.

Playing L.A. Noire on my big 65” screen on my PS4 Pro was great, though the game’s many environmental textures and character models, even with cleaner filtering, have evidently aged in the interim compared to its contemporaries or other games from that period remastered with greater effort. The uncanny facial animations of its well-acted characters, which are mostly the result of the game’s still impressive MotionScan capture technology, also still look odd when paired with the more lifeless bodies. Regardless, the remaster overall looks prettier with its higher resolution assets, better lighting and increased shadows, and runs much more smoother than the original versions. 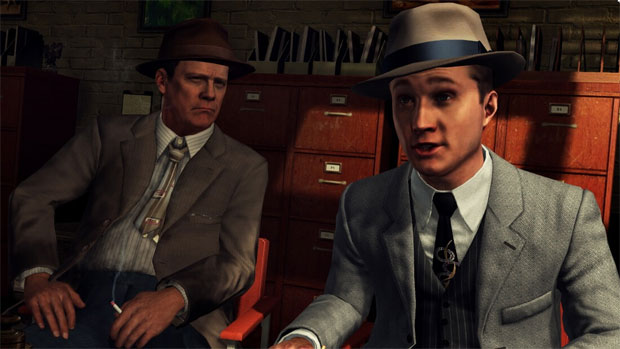 In terms of content, the remaster is also indeed the full package. There’s easily 30+ hours of content in the main campaign and all of the previously released DLC add-ons included here, meaning players who never enjoyed the likes of A Slip of the Tongue or The Naked City will now have ready access to them in the re-release. New unlockable achievements/trophies, outfits and collectibles have also been added, though some of the added costumes are quite obscure to discover.

The new costumes added in the remaster add nifty gameplay effects aside from the cosmetic changes, such as making it less likely to get caught while tailing suspects, or not needing to reload during firefights. There’s also a new in-game Photo mode, added for free with the day one update, which lets players take in-game screenshots with a variety of filters and a customisable FOV slider. It’s not as in-depth as similar modes in other recent video games, and more effort would have been eagerly welcomed in such a neat under-rated feature – but free is free, and it does get the basic job done.

Perhaps the biggest change aside from the graphical enhancements are he tweaks to the interrogation gameplay systems. In the original L.A. Noire, players had to choose between “Truth,” “Doubt,” and “Lie” dialogue options when questioning suspects, and many of Phelp’s “Doubt” responses were criticised for not being accurately conveyed by such labels. Selecting ‘Doubt’ often led to Phelps screaming like a psycho and taking things a little too far with its bewildered suspects, seeming out-of-place with his usual mannerisms or previous line-of-questioning. Rockstar have changed the labels of these choices in the remaster to “Good Cop,” “Bad Cop,” and “Accuse” respectively, intended to make it a little clearer as to what type of approach Phelps will take with the accused. I personally didn’t mind the alteration, and it did seem a better fit than the original labels. 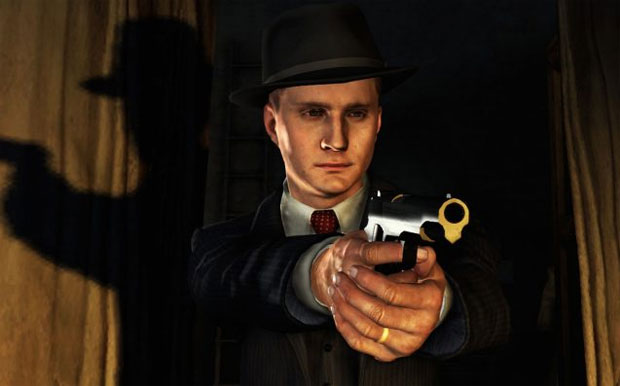 If I had one major criticism of the remaster, it’s that more effort wasn’t put in further enhancing the graphics and adding more substantial new content. There’s an unsettling trend of low-effort re-releases of older games from many publishers and despite L.A. Noire’s immense strength as an overall package, I would have loved to have seen HDR implementation, completely new textures and additional missions if possible. Realistically I understand it’s not always an easy feat to add new story content to an old game, but many other remasters significantly re-work the engine or add new game modes and characters, so it’s not too far-fetched to hope for similar additions from the likes of Rockstar Games. There was definitely potential for more additions here, at least in the graphics department.

It’s both surprising and satisfying to find L.A. Noire’s core gameplay loop of visiting crime-scenes, gathering evidence and interrogating suspects and witnesses remains as fun as it did back in 2011, mostly thanks to the top-tier voice acting, immersive facial animations and strong writing. With the graphical upgrade to 1080p resolution on base console systems and 4K on PS4 Pro and Xbox One X, everything looks and plays that much better, even if the assets and engine is clearly showing its age.

The remaster comes at a time when single-player games tend to be on the decline with the flood of micro-transaction, multiplayer focused titles, and it was refreshing to play a character-driven, story focused game coming up to the end-of-year holidays – even if it was slightly sad to realise it’s not entirely a new experience, and that there isn’t that much completely new content to entice everyone.

If you love open-world games with strong narratives and plenty of sandbox distractions, give L.A. Noire an honest shot – its aging elements are greatly offset by its ambition in every gameplay and aesthetic department, and its (still) unmatched facial animations which bring life to every interrogation and character interaction. For returning fans, if you’re craving a reason to jump back into the feeling of a noir detective setting or want a break from all the multiplayer releases, L.A. Noire still holds up. 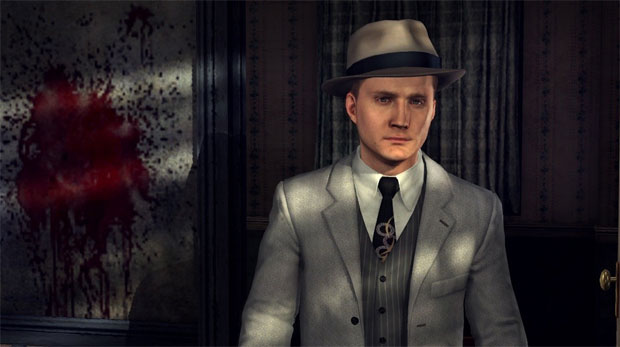